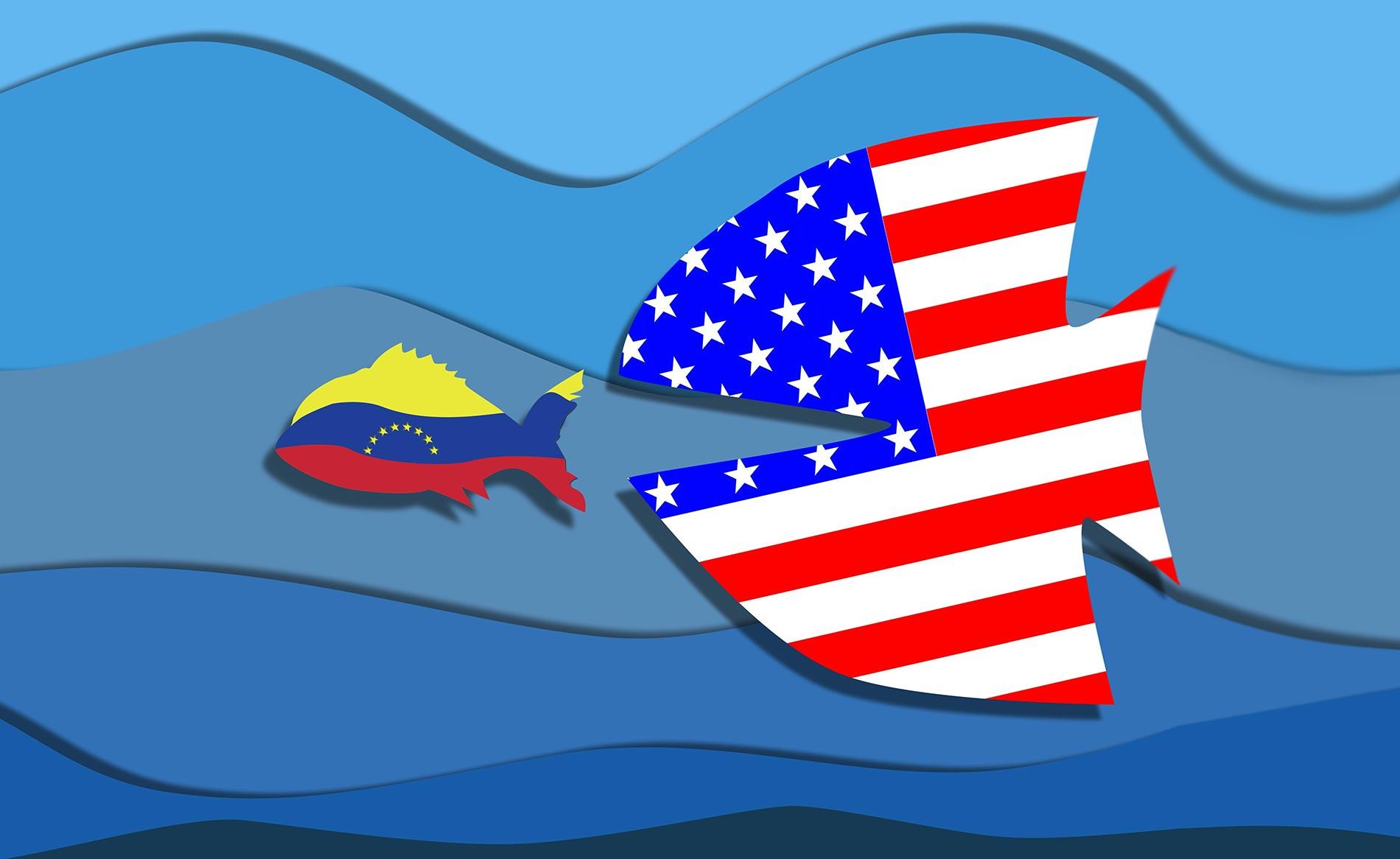 In late 2019, the Trump Administration announced a round of sanctions against the Venezuelan government so draconian and broad that caused the United Nations Rights Chief, Michelle Bachelet, to raise an alarm about the potential to “exacerbate suffering among an already vulnerable population”. The sanctions, akin to the brutal embargo that the United States has levied on Cuba for the past half-century, were the latest in a two-decade-long feud between the United States and the Bolivarian project began by President Hugo Chavez in the region. In short, the United States used human rights abuses and the restoration of “democratic governance” as a casus belli in this economic war.

The “democratic government” that the United States wanted “restored” was the government of Juan Guaido, the speaker of the National Assembly, that proclaimed himself President of Venezuela in 2019. The speaker used a benign clause in the Venezuelan constitution which states that the Speaker of the Assembly should become president if there is a “vacuum of power”, asserting that since the opposition did not recognize the 2018 Presidential elections, there was a current “vacuum of power”.

The opposition, Mesa de la Unidad Democrática (MUD), claims that by winning a majority of the vote in 2015, they held a democratic mandate. A closer look into the composition of MUD quickly shows a hodgepodge of over 10 parties whose only point of unity is being anti-Maduro. Additionally, from 2015 to 2019 several parties, of utmost importance Accion Democratica (AD), left the coalition owing to disagreements with the more conservative leadership. The loss of AD, which made up a significant portion of the win (25/109 seats), calls into question the legitimacy of this “democratic mandate”.

Of course, human rights abuses are very much a real concern in Venezuela. A 2020 U.N. Human Rights Council fact-finding mission found that “reasonable grounds existed to believe that President Nicolas Maduro and his interior and defense ministers ordered or contributed to the crimes documented in the report in order to silence opposition”. These crimes included extrajudicial killings, the systemic use of torture, and the planting of falsified evidence to jail opponents of the government. Additionally, the report found that the Venezuelan state used state violence to repress opposition protests following the outcry from sectors of the opposition over the 2018 re-election of Nicolas Maduro. While the repressive tactics have certainly cooled down since the series of visits from Michele Bachelet and other Human Rights Council officers, these abuses still happen occasionally and represent a stain on the Venezuelan government.

Owing to the continuation of human rights abuses and to the fact that Maduro is still in power in Venezuela, many in the global north were shocked at the recent thaw in relations between the US, and by proxy Europe, and Venezuela. In March, two senior White House officials made a surprise visit to Caracas, Venezuela. Followed by another visit in June, the meeting officially resulted in the release of two American citizens and a promise that the Venezuelan government would jump start talks with the opposition.

Given that the opposition was further fractured by a disastrous election in late 2021, an election which the EU electoral observation team glowingly termed “technically” free and fair, it is quite unlikely that the opposition’s woes are of concern to the US. A more likely outcome of the meeting was the “coincidental” easing of sanctions on Venezuelan petroleum.

Reports state that in May 2022, the U.S. State Department gave the green light to European oil giants Eni SpA (Italy) and Repsol SA (Spain) to begin shipping Venezuelan oil to Europe using a debt-for-oil system to supplant the massive hole the Russian invasion of Ukraine has left in European energy markets. While the European giants downplayed the volume of petroleum being imported, PDVSA (the Venezuelan state-owned oil giant) and its joint ventures reported shipping an average of 630,500 barrels per day in June, a massive 61% increase from the previous month. While the US State Department stipulated that this oil must be sold exclusively to Europe, the allowance is likely to be expanded to the US giants as the Biden administration looks to lower gasoline prices before the midterm elections in November 2022.

While the Biden administration coats its thaw with the Venezuelan government with its being conditional on the resumption of political talks with the Venezuelan opposition, it is clear that this is nothing but a case of petro-diplomacy. The US and the European Union want to cut their dependence on Russian petroleum, and the Venezuelans, which hold the largest known reserves of petroleum in the world, want markets for their petroleum.

Of course, this cold and calculating thaw in relations should not be a surprise to US audiences. Since the Cold War started, The United States has backed some of the most atrocious abusers of human rights such as Saudi Arabia and the other Gulf monarchies in exchange for favorable oil sales. The claim that the United States is truly concerned about human rights and democracy in Venezuela is dubious at best. Ultimately, the test of this claim will be seen in the coming months, as President Biden and the Democrats approach the midterm election with sky-high gas prices. As seen with other strategic and resource-rich allies, human rights and democracy are ideal to have, but not necessary. Or, put more succinctly, oil and power trump human rights and democracy — again.

Picture: Fish in the color flag of Venezuela, 13 October 2020. © IMAGO/Panthermedia