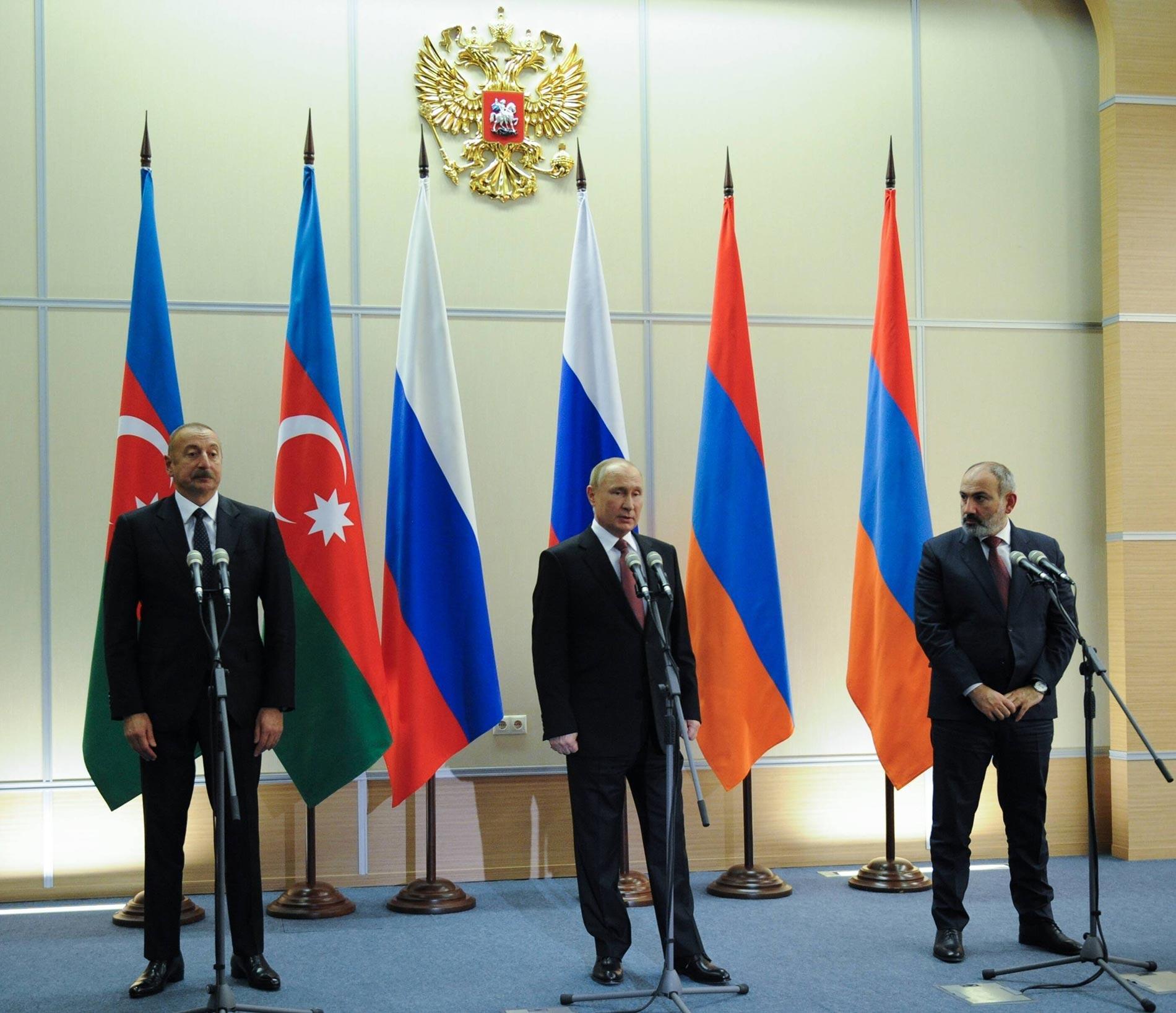 Turkey And Armenia – Perspectives For A New Start?

The 44-day war between Armenia and Azerbaijan at the end of 2020 has triggered a range of diplomatic activities.Most importantly, it has motivated Armenia to launch a new peace initiative regarding Turkey with a view to establishing full diplomatic relations and opening all land borders that have been closed since 1993. At the same time, a proposal submitted by Azerbaijan has been adopted to create a new negotiating forum including the three South Caucasian states and the neighboring powers Russia, Turkey and Iran, mandating them to establish the necessary communication lines and infrastructures for a revival of economic and trade activities in the region.

The 44-day war between Armenia and Azerbaijan at the end of 2020 has deeply upset the existing geopolitical constellation in the South Caucasus. Power alliances to which we had become used were shaken, established borders shifted. As always, there are beneficiaries and losers of the new situation. Armenia is certainly among the latter. It was only thanks to the resolute intervention of Russia that Armenia could avert a complete war debacle.

In a remarkable effort Armenia, after the bitterness of its military defeat, started a peace initiative. This is an attempt to normalize relations with Turkey, the third such attempt after two preceding ones in 1993 and in 2009 that ended in failure. Both sides appointed high-ranking negotiators that report directly to the two Presidents. A first positive result could be achieved these days that inspires hope for more to come: on 3 February 2022 commercial airline traffic started between Yerevan and Istanbul.

But the negotiating agenda is far more ambitious, the main benchmark being the establishment of full diplomatic relations between both sides including also the opening of all land borders which have been closed since 1993. Meanwhile, both sides have agreed very wisely to exempt for the time being from their agenda one issue which remains the thorniest in their bilateral relations. This issue relates to matters regarding the genocide of 1915.

It was mainly due to the insistence of Azerbaijan that a second negotiating forum has been put in place with a mandate to look into possibilities on how to improve or newly establish necessary infrastructures and communication lines in the South Caucasus. It is supposed to work in a 3+3 format which includes the three South Caucasus states plus Russia, Turkey and Iran as the main power players in the region. However, from its very beginning this forum was in a difficult position, since Georgia refused to participate. Georgia’s reason for this is the breaking of official relations with Russia after the war with Russia in 2008. For the time being this will hamper dealing with the situation in Georgia and the Western Caucasus.

But there are still enough issues left for discussion elsewhere in the region, among them a number of very sensitive and contentious projects relating to the construction of road and railway links between Azeri territory and its land-locked province of Nakhchivan through Armenian territory (the so-called Zangezur corridor). Azerbaijan insists that this corridor should operate outside Armenian sovereignty, while Armenia is strictly against this. Foreseeably, a major negotiating effort will be needed to reach an agreement. The stakes are high; success could make this part of the South Caucasus the centerpiece of a communication web that could link Istanbul, Moscow and Tehran.

And last but not least, what about reconciliation and the further development of relations between Azerbaijan and Armenia that had been at war only recently? It is obvious that the Caucasus will not find peace and stability without a minimum of confidence-building and effective conflict management between these two countries.

The issue of the status of the Karabakh is still open and has the potential to re-ignite at any given moment. Its settlement seems conceivable only through a long process which will require the active participation of neighboring powers such as Russia and Turkey, but also of Western mediators such as the EU. It is an urgent task which does not tolerate any further postponement the demarcation of the bilateral border should top the list of priorities. Otherwise, border incidents, such as occurred in mid-January 2022 with five military servicemen shot on both sides, might spoil any chance of resolution.

But here lies a challenge for the top political levels to achieve conflict settlement. The EU has tried its hand at this when the President of the European Council, Charles Michel, invited the Presidents of Armenia and Azerbaijan to engage in a meaningful dialogue in Brussels on 14. December 2021. Undoubtedly this effort has to be followed up and, if successful, will show that the EU can play an effective role in conflict resolution in the Caucasus region.

The Karabakh War – Another Tragedy in the Conflict-ridden South Caucasus (Dr. Dieter Boden)
No Peace, No War: the Artsakh Crisis Reshuffles the Geopolitical Chessboard in the South Caucasus (Lena Krikorian)