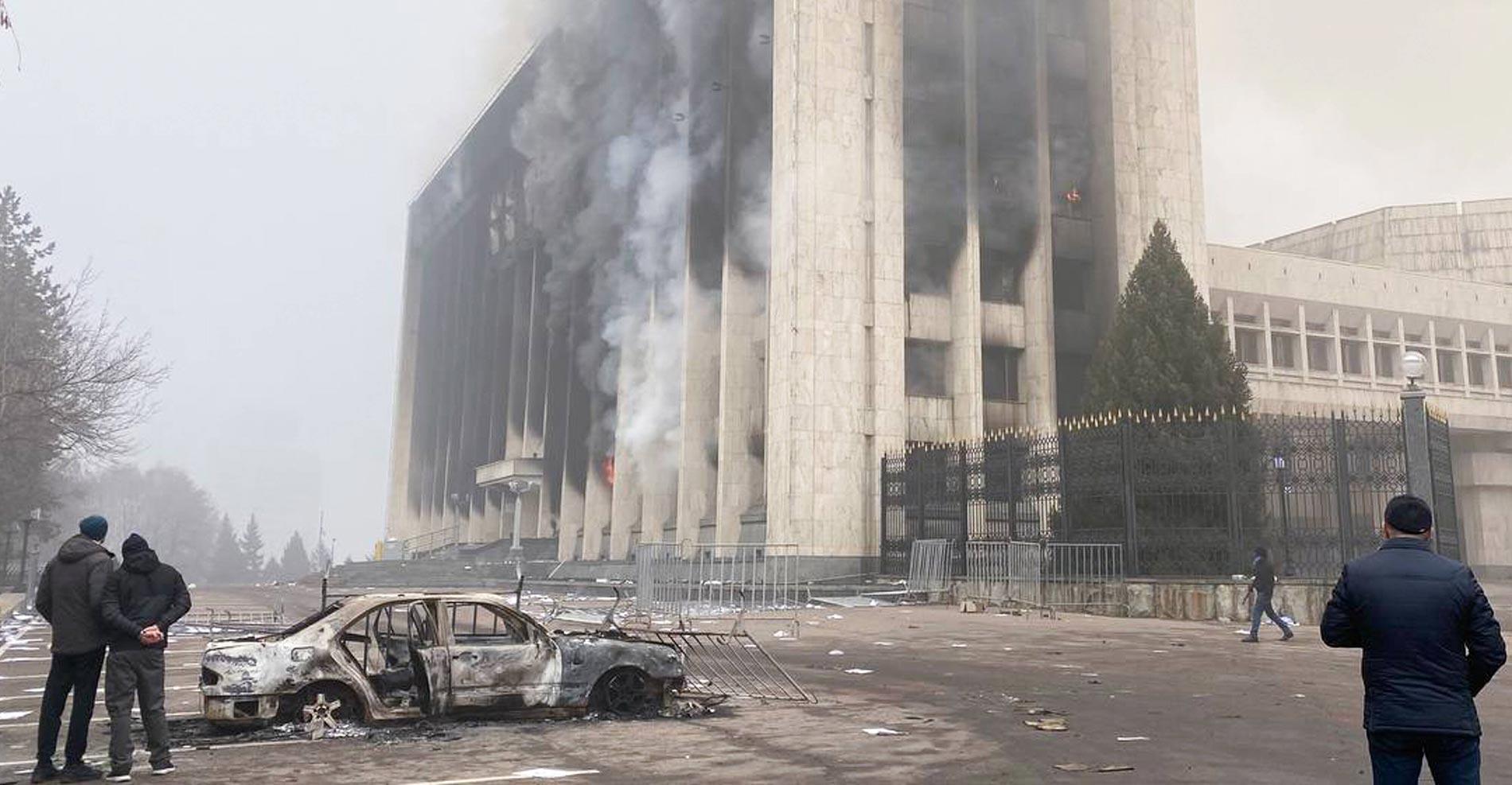 Changing Of The Guard In Kazakhstan?

The new year in Kazakhstan started with protests after the government’s decision to transition to a market-based pricing mechanism for fuel. This led to a sharp increase in the price of liquified natural gas and the beginning of demonstrations in the country. Initially peaceful protests escalated into clashes with security forces and protestors storming government buildings. Over the course of several days, the situation spiraled out of control and it became obvious that the people’s frustration over gas prices was only the tip of the iceberg.

On 1 January 2022 Kazakhstan completed its transition to a market-based pricing mechanism for fuel. According to Kazakhstan’s Ministry of Energy, before the transition to electronic trading platforms in January 2022, the price of liquified natural gas was unprofitable for producers, as it was sold at a price below production cost. As a result, the new price on liquified natural gas was formed during five trading sessions based on supply and demand.

Consequently, the average wholesale price for January 2022 supplies of liquified gas to the Mangistau region was set at 133 tenge (USD 306) per ton or 78 tenge (USD 0.17) per liter, while the retail price in the region’s cities rose from 60 tenge (USD 0.14) to 120 tenge (USD 0.28) per liter. The disproportionate increase in gas prices was the starting point of the events that engulfed Kazakhstan in chaos for the following two weeks.

The first wave of protests began on 2 January 2022 in the cities of Zhanaozen and Aktau in the west of the country. The crowd demanded a 50% reduction in the price of liquified gas. On 4 January the protests spread to the neighboring regions in the cities of Almaty, Taraz, Karaganda, Shymkent, Kyzylorda, and Aktobe. To address the issue, the authorities quickly dispatched a government commission that met with activists and announced an artificial price reduction. However, the unrest among the population was only growing, and the reduction of prices was only part of their demands.

In some cities, initially peaceful protests escalated into clashes with security forces and the storming of government buildings. This caused a chain reaction in all regions of the country. In Almaty, the largest city in Kazakhstan, the protesters seized the airport, while an angry mob stormed and burned down the Akimat (local administration building) and the presidential residence. At the same time, protests across the country began to gain more political momentum.

It was obvious that the Kazakh people were not only fed up with the government’s negligence of its own citizens, but the population was also ready for a change in Kazakhstan’s political system. Hundreds of people were chanting “Shal ket” (old man, go away), alluding to the real reason for the people’s discontent, the continued power of the ex-president Nursultan Nazarbayev.  In the two years since his election as president, Tokayev failed to prove his independence and did not launch reforms – not a single new face in the government had been appointed and the political opposition was almost completely destroyed, while Nazarbayev and his people retained power.

Amid the mass unrest, Tokayev declared a state of emergency, dismissed the government, froze gas prices, and took Nazarbayev’s place as head of the country’s Security Council. Tokayev stated, “As head of state and as of today, Chairman of the Security Council, I intend to act as tough as possible.” As a result, Tokayev obtained full power and control in the key political structures of Kazakhstan, and he was ready to demonstrate that power. In his address to the country on 7 January, Tokayev said that he gave direct orders to open fire on the protesters that he called “terrorists.” He stated, “Terrorists continue to damage public and private property and use weapons against citizens. I have given orders to law enforcement agencies and the army to shoot to kill without warning.”

In a desperate attempt to keep the situation under control, Tokayev called on the heads of the member states of the Collective Security Treaty Organization (CSTO) for help in overcoming the “terrorist threat.” CSTO is a military-political alliance created by the CIS states (Armenia, Belarus, Kazakhstan, Kyrgyzstan, Russia, and Tajikistan) on 15 May 1992. According to the CSTO Treaty, the Organization was established to address threats to security and stability, and to protect the territorial integrity and sovereignty of its member states without interfering in their internal affairs.

At Tokayev’s request, peacekeeping troops from CSTO arrived in the country in the following two days. While all CSTO member states sent their peacekeepers to Kazakhstan, these forces were not involved in any combat operations. According to some experts, their presence served a different purpose than suppression of the demonstrations: after Nursultan Nazarbayev’s dismissal as head of the Security Council (where his appointment was supposed to be for life), the deployment of troops by the CSTO countries signaled the acceptance of Tokayev as the new leader of Kazakhstan. With the help of newly added forces, Tokayev’s government managed to de-escalate and regain control of the situation in a matter of less than two weeks. However, the damage to the system had already been done.

The transition of power from Nazarbayev to Tokayev before the January events was so gradual and implicit that after two years the elites still did not comprehend who the real leader of the country was. Clearly, Nazarbayev did not become a “pensioner” as he claimed in his YouTube address to the nation on 18 January after going “off the radar” since the beginning of the demonstrations. For a “pensioner,” he kept too many positions:  head of the country’s Security Council and the Assembly of People of Kazakhstan as well as chairman of the ruling party “Nur Otan.”

According to the Prosecutor General’s Office of Kazakhstan, at least 225 people died during the demonstrations that swept the whole country, including 19 policemen and soldiers, with more than 4500 people wounded. The government‘s tactics to stop the protests included shutting down internet access nationwide, arresting protest organizers, and using stun grenades and tear gas to disperse crowds. For two weeks, the country became a hotbed of civil unrest and resulted in major cracks in the existing system. While the situation in the country is now “stabilized,” the effects of events in January have yet to completely unfold. Has there really been a changing of the guard?

Picture: Almaty, Kazakhstan, January 6, 2022: A burnt car is seen outside the mayor’s office. Protests were sparked by rising fuel prices in the towns of Zhanaozen and Aktau in western Kazakhstan on 2 January and spread rapidly across the country. Following a meeting between a government commission and protesters, the price for liquefied petroleum gas went down from $ 0.27 to $ 0.11. On 5 January, President Tokayev dismissed the cabinet and declared a 2-week state of emergency in the Mangistau and Almaty regions, as well as in the cities of Almaty and Nur-Sultan. © IMAGO / ITAR-TASS