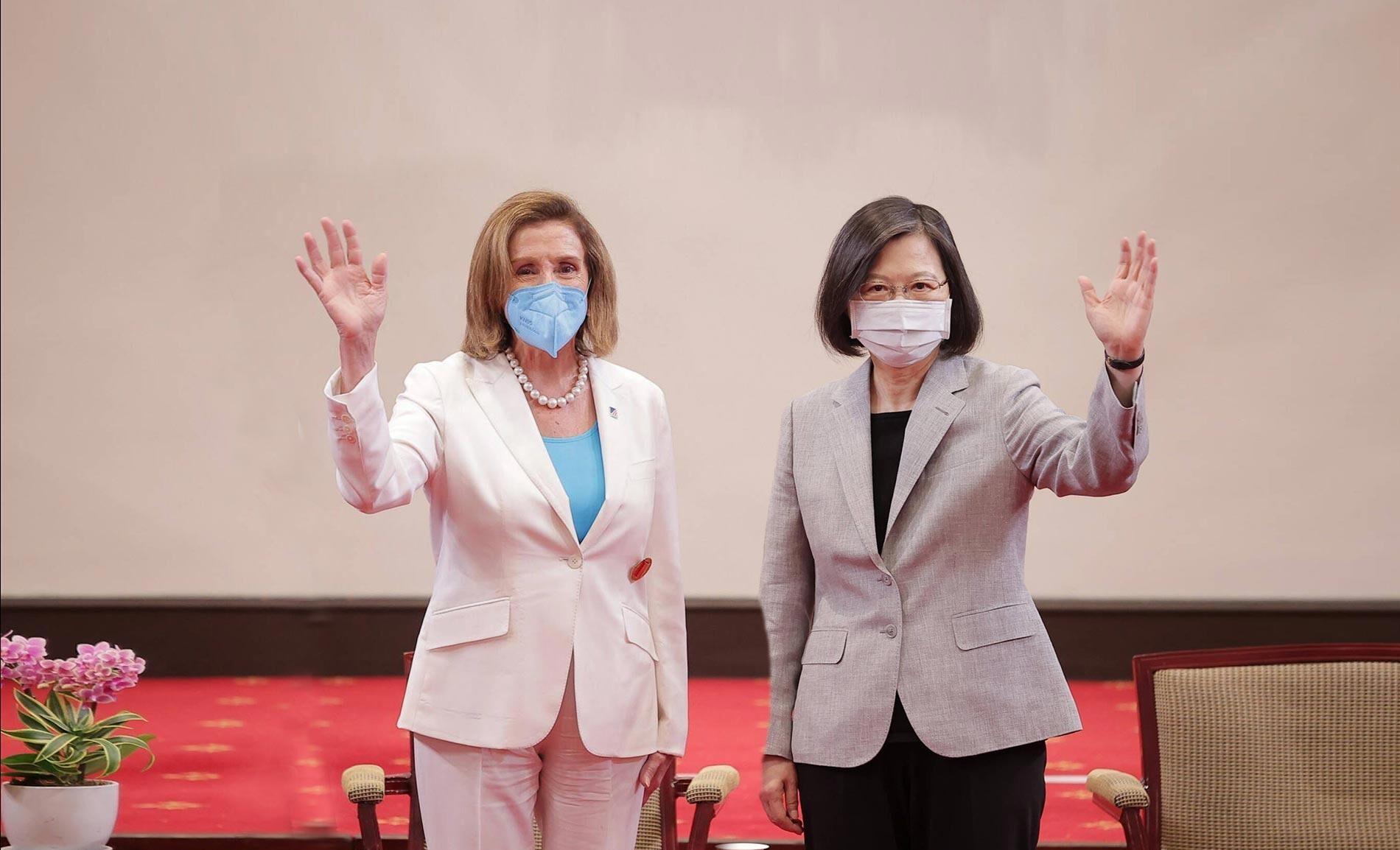 Nancy Pelosi visited Taiwan with her son despite words of warning from the White House. The cost to the US taxpayer of this visit amounts to c. USD 90 million. This visit has presented China with a unique opportunity to introduce the “new normal” for PRC-Taiwan relations, with China now conducting more intense and intrusive military maneuvers up to Taiwan’s shores and flyovers over Taiwan airspace. Is China seeking a “Beijing solution” for Taiwan?

With tensions rising in the Taiwan Straits, Taiwan is finally attracting the kind of attention it should have received for a long time. The visit to the island of Nancy Pelosi, the Speaker of the US House of Representatives, has focused international attention on yet another region in the world where the US global dominance is being severely challenged. Pelosi’s visit marks the beginning of the “new normal” in the region.

Taiwan is where the People’s Republic of China (PRC) and the US compete and monitor each other’ s moves in the West Pacific. Both sides are strengthening their military capacities and seeking opportunities to test the results of their activities in the region.

China’s answer to Pelosi’s visit was to launch a massive military training exercise around the island starting on August 4. The exercise ended on 10 August.

PRC media applauded the People’s Liberation Army’s (PLA) performance enthusiastically. While defining six maneuver zones around Taiwan, the Chinese army showed its ability to establish a sea blockade within a very short period of time by mobilizing its sea, land and air capabilities to the utmost. The world now understands that China is able and willing to dominate the region.

In connection with the visit of Pelosi and her 53-year-old son, the US stationed four US warships including an aircraft carrier in the waters east of Taiwan – all of which is expected to cost the US taxpayer around USD 90 million.

While Pelosi’s visit succeeded in making the world understand the precarious situation of Taiwan, it had the disadvantage of providing the PLA with an opportunity to introduce a “new normal” to the region. This “new normal” means that the population of Taiwan will have to live with PLA aircraft violating Taiwan’s airspace whenever the PRC deems it necessary. The high level of traffic in the Taiwan Straits will also have to cope with the PLA transgressing the defined median line and blockading shipping whenever tensions rise, and Taiwan’s economy will have to face the threat of a blockade forcing the island into isolation.

As a matter of fact, the Chinese military had already intensified its presence around Taiwan by sending its aircraft carrier Liaoning into the contested region in May of this year. But at that time its nearest approach to the island was no more than 250km, whereas this time one of its maneuvering zones was located as close as 16 km from the island’s shore.

Both the Taiwan and the US military reacted quite nervously to the PLA military maneuvers. The retired commander of the United States Indo-Pacific Command, Admiral Philip Davidson, reiterated his statement from earlier this year when he said he expects the PRC to take military actions against Taiwan within the next six years.

Taiwan’s president, Tsai Ing-wen, has taken a much more aggressive stance on promoting Taiwan’s “independence” than her predecessors. She has confirmed the presence of US military personnel on the island and has vowed never to “bow” to PRC’s pressure.  Now she is trying to calm the population of Taiwan, stressing that there is no immediate danger of a military assault by the PLA on Taiwan. However, internal sources speculate that the most dangerous time for an attack on Taiwan could be the last months of 2024. In May of 2024 Taiwan will have its next presidential elections. According to Taiwan analysts, the second half of 2024 will be a period of high risk as its president is limited to a maximum of two four-year terms and Taiwan will therefore be under a newly installed leadership. Simultaneously, the US will be in the last tumultuous and critical period of its own presidential campaign.

If Xi Jinping manages to get re-elected during the 20th Party Congress of the CCP scheduled to take place in late 2022, the PRC will be the only one of the three main actors   with a stable leadership by 2024. This explains why forces hoping for political change in the leadership of the CCP are supported by those longing for an easing of tensions in the Taiwan Straits.

As Xi Jinping has voiced time and again that the Taiwan question needs to be solved by the current generation, the incorporation of Taiwan into the jurisdiction of the PRC is a project which he is set on accomplishing. To achieve this aim, he needs to remain in a leadership position for at least 10 more years using his close ties to the military to ensure that he can define the actions to be taken. If he does not succeed in convincing the party elite of the necessity to re-elect him, there is hope for tensions to be eased between the mainland and Taiwan, as well as between the PRC and the US. The PLA leadership will also have to be re-shuffled to make the new leader confident of the army’s loyalty. All of this would slow down preparations for a possible military attack on Taiwan.

However, Chinese military training operations show that the “new normal” has the potential for a “peaceful” solution of the Taiwan question and thus for a compromise between the different forces inside the party. Rather than running the enormous risk of a military intervention, the PLA is now ready for a blockade of the island. Chinese commentators talk about the “Beijing solution”- referring to the Communist take-over of Peking during the civil war in the late 1940s. At that time, the Red Army surrounded Beijing and isolated it from the rest of the country, waiting for the city to surrender. Others refer to the “Shenyang solution”, when the Communist army established a blockade of Shenyang in China’s northeast, forcing thousands of its population into starvation before the city finally surrendered.

The PLA’s ability to impose a blockade on Taiwan shows that this is likely to be the PRC leadership’s “peaceful solution”.  Fearing that in addition to the military risk, the possible failure of an intervention might mean the end to CCP   rule over mainland China, the “Beijing solution” emerges as a more “peaceful” and “less risky” way to achieve the aim of “liberating Taiwan”.

This kind of “peaceful” solution can only work in favor of the PRC leadership if the US does not actively help Taiwan, be it by airlifting military armaments and other supplies as it did during the Berlin blockade or by preventing the PLA air force from dominating the skies over Taiwan, which would require the application of US military force.  Thus, under certain circumstances, such US ‘pushback” could lead to military conflict between the US and China and turn the “peaceful solution” into a disastrous war.

That is why the more cautious among the PRC leadership still see the need to wait for the US declining to a point of no return. To make sure that mainland China can dominate the situation along the Taiwan Straits until this point will have been reached, it has defined the “new normal” for Taiwan by making use of the opportunity Nancy Pelosi’s visit offered to them.

Picture: 2 August 2022, Taipei, Taiwan: U.S. House Speaker NANCY PELOSI (left) and Taiwan President TSAI ING-WEN wave to the media during a meeting at the presidential palace in Taipei, as Nancy Pelosi visits the self-governing democracy despite serious objections from Beijing. Pelosi is the highest-ranking American official in 25 years to visit the self-ruled island claimed by China. © IMAGO / ZUMA Wire 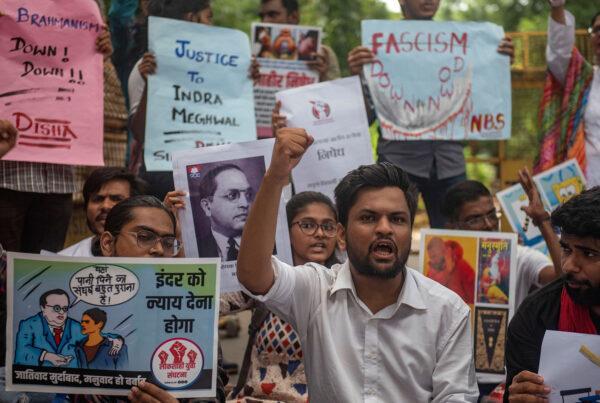