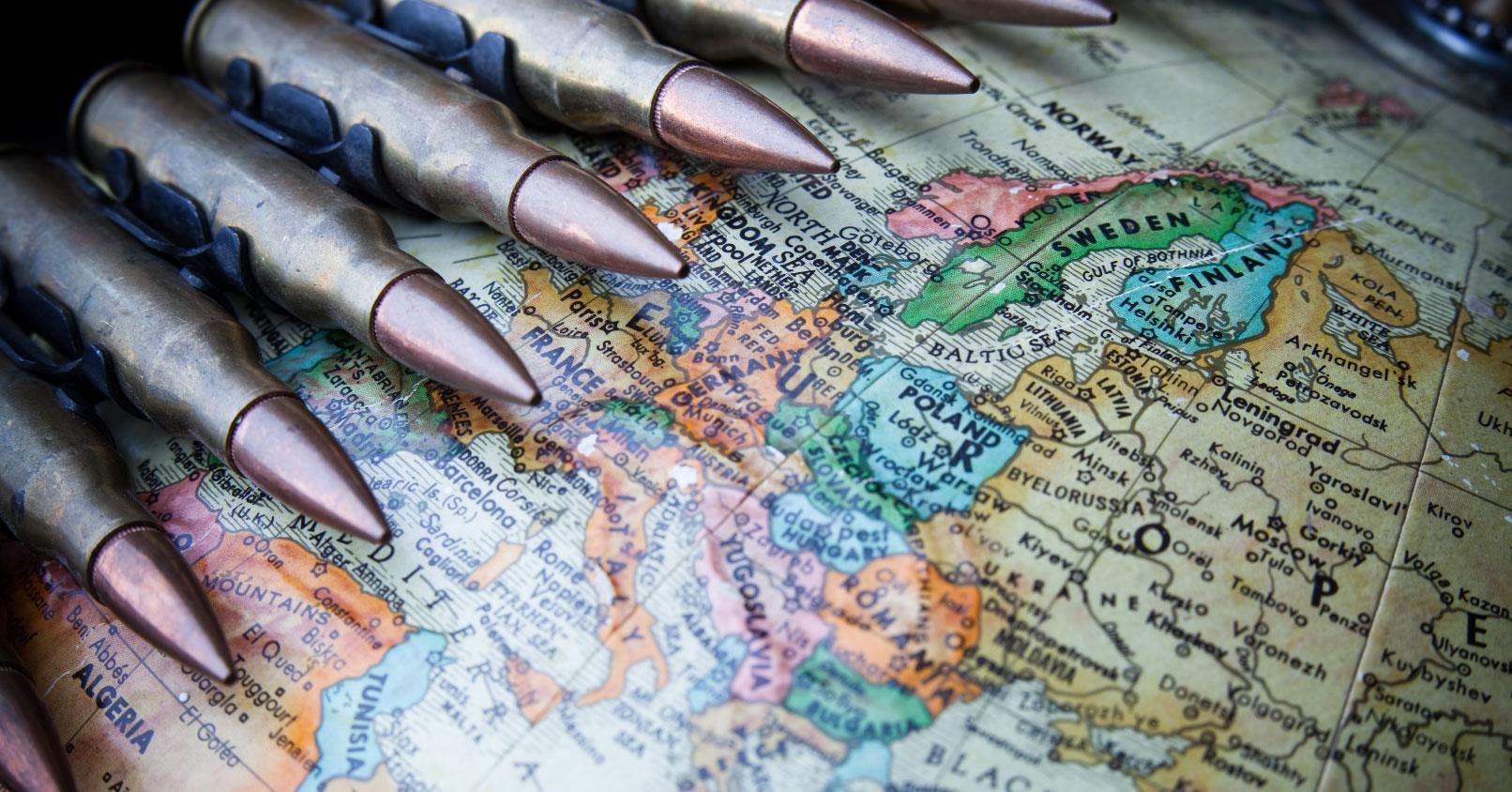 NUCLEAR SHARING: Why US Nuclear Weapons Are In Europe

Nuclear Sharing (NS), or bilateral nuclear cooperation agreements with the United States, is based on the US/NATO policy of extended nuclear deterrence or the protection of the US nuclear umbrella.  US extended nuclear deterrence is provided for Japan and the Republic of Korea without stationing nuclear weapons on their territories but rather in the US. There is little public awareness that US nuclear weapons are based in Europe, or constitute an increased risk of conflict in Europe.

Nuclear Sharing (NS), or bilateral nuclear cooperation agreements with the United States, is based on NATO’s policy of extended nuclear deterrence or being under the protection of the US nuclear umbrella.  Through NS, certain non-nuclear weapons states (NNWS) which are NATO members accept the stationing of US nuclear weapons on their territories and provide for their own armed forces to deliver these weapons in times of war.

The countries involved in NS  ̶ Italy, Germany, the Netherlands, Belgium, Turkey  ̶ carry out consultations on nuclear weapons policy in NATO’s Nuclear Planning Group, maintain technical equipment (in particular dual-capable aircraft or DCA) required for the delivery of nuclear weapons and store nuclear weapons on their territories.  Thus, NS allies host, transport and store US nuclear weapons and in time of war deliver these weapons with their own DCA, specially acquired and certified for this purpose.

While NS is intended to ensure the credibility of US extended deterrence and retaliation in case of attack and can provide limited deterrence for the state hosting these nuclear weapons, it will definitely increase risks that NS countries and Europe in general will become the next theater of conflict and war. It will also ensure the targeting by NWS of those countries accepting US deployment on and potential use of nuclear weapons from their territories.  NS is now being actively debated in Germany, Japan, the Republic of Korea and other countries.

NATO allies have accepted the argument that US extended deterrence requires the presence/tripwire of US military bases and nuclear weapons in Europe, that NS does not violate obligations under the Nuclear Non-Proliferation Treaty or NPT, and that NS gives the country in question some influence on the use or threat of use of US nuclear weapons based on its territory– all of which defies both experience and reality.

Officials and other experts in various NATO countries have stated that NS violates NPT Articles I, II and VI obligations of the US and of their NNWS allies involved in NS. Thus, although the US asserts that NS is compatible with the Nuclear Non-Proliferation Treaty or NPT, the US and its NATO NS allies, by complying with the NS agreements, are breaching their obligations under the NPT and weakening the NPT regime.

By participating in NATO’s Nuclear Planning Group, NS allies understood that they would not only be involved in and but also influence the doctrine, planning, deployment and other issues regarding US nuclear weapons based in Europe. The reality is no NNWS can influence how the US will use its nuclear weapons, not even those based on the NNWS territory, planning groups to the contrary notwithstanding.

US Nuclear Sharing with NATO allies and US military bases on the territory of some NATO allies will, in times of conflict, decrease rather than increase the security and stability of Europe and in particular of those allies involved.  In the event of conflict between NATO and Russia, NS ensures that Europe will become the first and main theater of conflict.

There is growing skepticism on the part of European NATO allies regarding NS and US intentions and reliability to fulfill its commitments and treaty obligations to its allies, including those associated with extended deterrence. This skepticism has only increased since the chaotic US withdrawal from Afghanistan at the end of August 2021 and has led to the EU’s policy to achieve “strategic autonomy”.

There are also other essential questions, which the withdrawal from Afghanistan without consultation with allies brought to the fore. To what extent can and should a country or group of countries rely on other states to provide for their defense and security–can real security be “outsourced”?  What is the EU able and willing to do to achieve “strategic autonomy”? France, which now has the Presidency of the Council of the EU, has stated that it wants a Europe which is stronger and more independent regarding security, while cooperating with other countries and NATO.

If the current public anti-nuclear-power discourse is any indication, it may reasonably be assumed that citizens in European and NATO countries are generally unaware of the stationing and potential use of nuclear weapons based on European NATO territory, and that by accepting nuclear weapons on their territories NS states and Europe become prime targets in the event of conflict.  In more graphic terms, they may not realize that Europe has become a nuclear bull’s-eye.