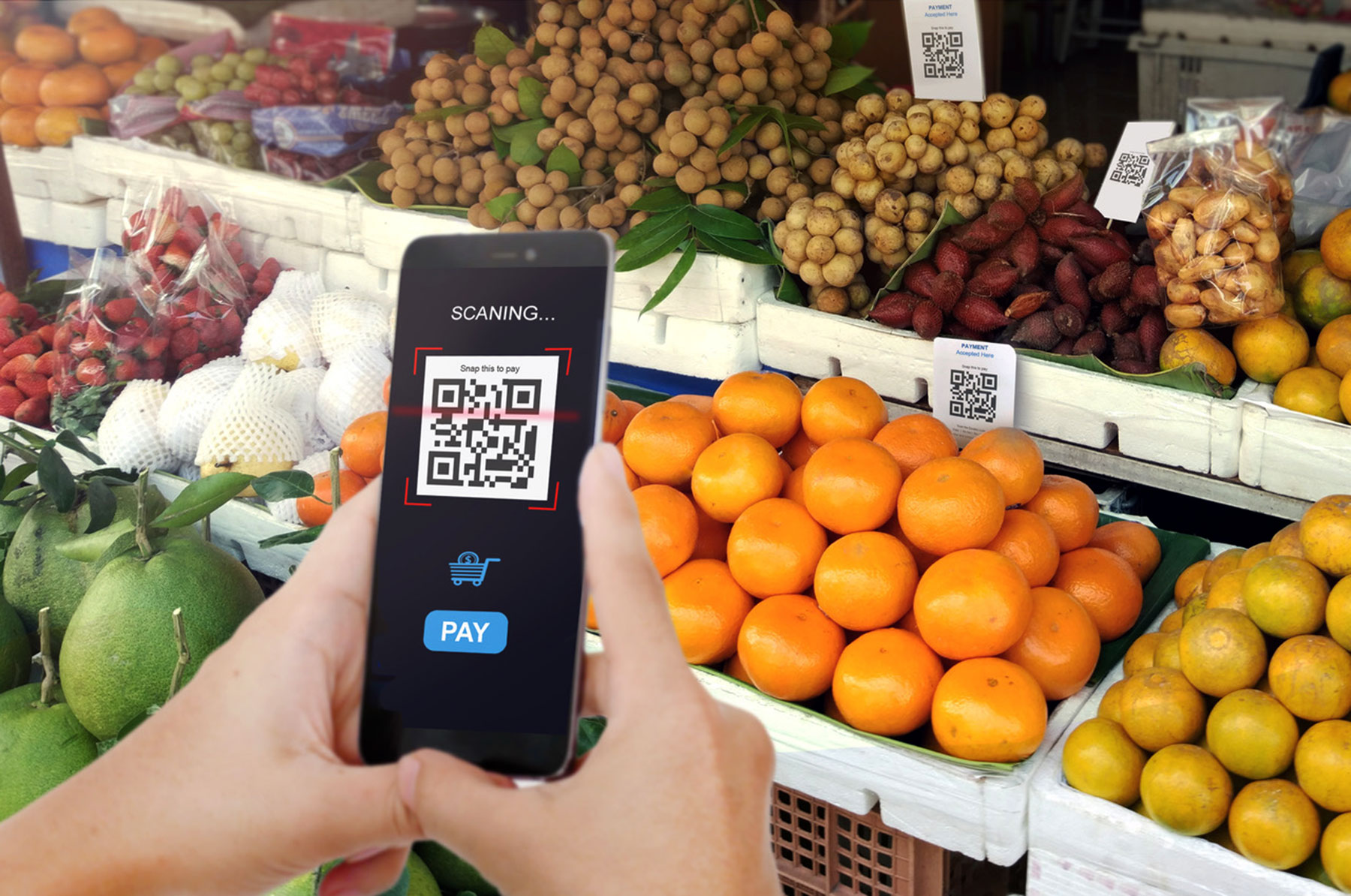 Fraud and concerns over hygiene and safety has prompted the industry to seek tech solutions to reassure consumers that the food they are buying is healthy, by tracking its journey from field to fork. Many in the industry see blockchain, a virtual cousin of the controversial Bitcoin as a solution to rebuilding trust with consumers.

Global events such as the 2021-stranding mega-sized cargo vessel Ever Given in the Suez Canal coupled with immense strain supply chains have been under since the Covid pandemic struck has focused attention onto the fragile nature of world trade. Tracking the lifetime journey of products from a beefsteak, to a packet of cheese and a bottle of wine has risen to the top of the agenda.

Regular food related fraud scandals such as the 2013 European horsemeat scandal and the 1981 Spanish ‘olive’ oil deception, in which cheap rapeseed oil was contaminated with the poisonous industrial chemical aniline, have eroded the public’s trust in the food chain. The industry is now seeking solutions, and many are setting their sights on blockchain.

Through using digital traceability technologies such as blockchain, QR codes and smart phones, information can be downloaded and questioned. This would provide the consumer with information they’ve never truly had – provenance.

Digital traceability is the process of tracking a product via digital systems, removing the risk of human error, although some margin of error must be allowed for data inputting mistakes. Tracking the journey of a product, its traceability is how companies can distinguish its history, and clarify its distribution networks, its current setting and establish any sustainability claims, across sectors including the climate and environment, and from human rights to fighting corruption.

Companies wishing to install a blockchain need to contract specialist technology developers. Ultimately blockchain is all about confidence – instead of having to trust a company, a bank or even a government, it works on the principle of ‘trust by consensus’. By offering transparency, it makes it possible for us to simply trust one another. The digital currency Bitcoin is the best-known application of blockchain technology, but it was suggested that this approach could be applied to any area of society – including the food system.

In essence, a blockchain is an online system similar to a real-world reckoning scheme that records deals and transactions in a secure, incorruptible system. Food supply chains are a perfect fit for this distributed and decentralised system of record keeping. Research suggests consumer food behaviours may change with a shift to purchasing food products that have been certified via blockchain systems

As products move through the supply chain, digital evidence of their presence is recorded, in a verifiable and uncorruptible way which offers peace of mind to people and companies engaging in the trade. These interactions can be created for food products, says IBM, the global solutions company that is taking a keen interest in this technology. Collecting information along these data points from packing date and packing temperatures to its collection by the customer can accurately pinpoint any problems which in turn reduces potential legal issues that might arise from subsequent food health and quality issues.

Global food group Nestlé utilises a blockchain approach for product traceability of its Rainforest Alliance certified coffee brand, Zoégas. By scanning the QR code on its packaging, consumers can follow the coffee from growing locations to the Zoégas factory in Helsingborg, Sweden where the beans are roasted, ground and packed. The data includes information about farmers, time of harvest, transaction certificate for the specific shipments, as well as details on roasting.

While major food companies are already using blockchain to improve traceability, deter fraud, and improve responses to contamination and food borne illness, small and medium companies are also investing in the technology.

Since 2016, IBM and US-based grocery giant Walmart have partnered to launch and maintain the retailer’s food track-and-trace program. IBM’s open-source ledger lets Walmart officials trace the lifespan of their products, from farm to table, to ensure safety. The initial ledger experiments found promising benefits, most notably the ability to track the origin of US perishables, such as mangoes and salad leaves, within 2.2 seconds. Previously it could take up to six days to complete a paper trail from the consumer taking ill to discovering the source of infection, such as an e-coli outbreak in a chicken processing plant.

However, blockchain technology still has significant hurdles to overcome before it is fully embraced by the wider food industry.  Firstly, it is expensive to create and install and requires expert IT support. Secondly, embracing blockchain technology across the sector requires us to reshape our current reporting systems. Small scale farmers and producers will need to transfer existing records from paper files to databases and emails onto the blockchain. This requires a trust in new technology which maybe a step to far for many.

It runs similarly to the other virtual systems such as the virtual currencies Bitcoin and Ethereum, and consequently requires a huge amount of power to run, and perhaps most importantly it requires truthful input of data and information along the complete supply chain. The rising cost of energy will also play a role in the marketability of this new blockchain approach.

So, while it appears that blockchain technology is here to stay across the food, and agriculture industry, the speed of uptake is uncertain. Backed by industry giants such as Nestlé and IBM through its Food Trust it has a good start, and can become an important part in the armoury to provide consumers trusted information on provenance and authenticity, food security and particularly safety as they feed themselves, family and friends.