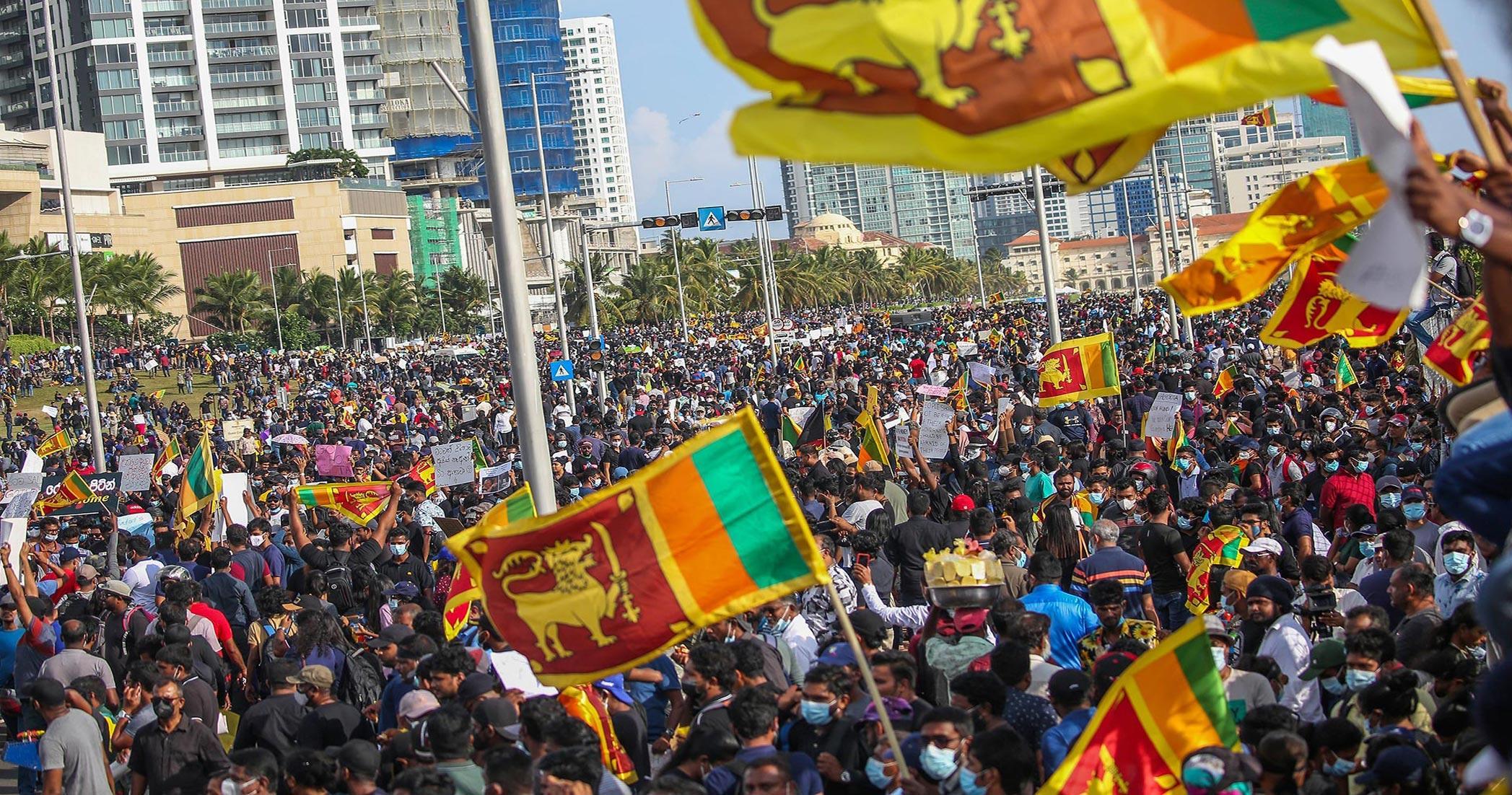 Sri Lanka, the oldest democracy in Asia, is in a state of emergency. After the wave of protests because of soaring prices and shortages of fuel and essential goods turned violent, the country went through a period of political turmoil. Currently the economic crisis is spiralling out of control and millions of Sri Lankans are facing acute shortages of food, gas and medicines. Sri Lanka’s Prime Minister Wickramasinghe calls for more aid from the international community.

The economic crisis in Sri Lanka is spiraling out of control. What started as the worst economic crisis in the history of Sri Lanka, is quickly turning into a full-scale humanitarian emergency for millions. According to a statement by the International Federation of Red Cross and Red Crescent (IFRC) acute shortages of food, fuel, cooking gas and medicine are imminent, The IFRC has launched an Emergency Appeal for 28 million Swiss francs.

The island nation is experiencing its worst economic crisis since gaining independence in 1948, accompanied by regular power cuts and severe food and fuel shortages. Alongside high-level economic mismanagement, some of the main reasons for the economic crisis are the foreign currency shortages due to the coronavirus pandemic and related travel restrictions, causing a rapid decline in tourism revenue.

According to a statement issued by the Sri Lankan Ministry of Finance, “Recent events, including the effects of the COVID-19 pandemic and the fallout from the hostilities in Ukraine, have so eroded Sri Lanka’s fiscal position, that continued normal servicing of external public debt obligations has become impossible.”

In March 2022, the International Monetary Fund (IMF) assessed Sri Lanka’s debt stock as unsustainable, stating that meeting the current foreign debt payments is no longer possible. On 12 April 2022, Sri Lanka’s government declared that it is defaulting on its USD 51 billion foreign debt. According to Sri Lankan Central Bank Governor Dr. Nandalala Weerasinghe, “we have come to a situation where the ability to service our debt is very low. That’s why we decided to go for a pre-emptive default.”

The economic situation in Sri Lanka has deteriorated sharply because of the economic fallout of the global pandemic. Small nations which rely heavily on tourism were hit especially hard. The political opposition used this opportunity to settle scores with members of the ruling party and the powerful Rajapaksa brothers, one of whom, Gotabaya Rajapaksa, is the country’s President, while the other, Mahinda Rajapaksa, served as the country’s Prime Minister until his resignation on 6 May.

As the demonstrations started gaining momentum in the beginning of May 2022, President Gotabaya Rajapaksa was forced to declare a state of emergency until 20 May 2022. The decision to impose a state of emergency was made after trade unions went on strike demanding the resignation of the current head of state. Amid anti-government protests in Sri Lanka, the authorities deployed troops and armored vehicles throughout the capital city of Colombo, and security personnel were ordered to shoot without warning at any protester “engaging in violent acts.” At least nine people were killed in the riots, and more than 200 were injured.

In one of his first statements on 16 May, Prime Minister Wickramasinghe announced that the country’s petroleum reserves would only last for one day. On 8 June Wickramasinghe, who also serves as Sri Lanka’s Finance Minister, said his country requires at least USD 5 billion over the next six months to pay for essential goods and food. The money is needed to avert the humanitarian crisis and pay for the basic needs of the 22 million population.

In an effort to resolve the economic and humanitarian crises, the government of Sri Lanka has turned to the international community for help. The country held bailout talks with the IMF. Countries such as Indonesia and Japan have already provided humanitarian aid, while India agreed to double the USD 500 million credit line for fuel and defer USD 1.5 billion in import payments that Sri Lanka owes to the Asian Clearing Union. The World Bank also agreed to provide Sri Lanka with USD 600 million in financial assistance. However, according to the country’s Central Bank Chief, Sri Lanka would need approximately USD 3 billion within the next six months to help restore essential goods supply chains.

Excessive borrowing for infrastructure development has also greatly contributed to the crisis in Sri Lanka. The government has been struggling to repay its millions of dollars in debt taken for widely unused projects. The transfer of ownership to the Hambantota Port from Sri Lanka to China in 2017 as a result of inability to pay the loan serves as a prime example of an economic mismanagement by the government. Hambantota Port, which overlooks the Indian Ocean, plays a key role in China’s “One Belt, One Road Initiative”. Currently Sri Lanka is negotiating a USD 1.5 billion financial support deal with China.

In an effort to save the crumbling economy and raise state revenues, the Sri Lankan authorities increased fuel prices on 24 May. The price for gasoline increased by about 18% – diesel went up by 26%. These new prices represent an over 250 percent increase compared to five months ago. Furthermore, on 13 June, the Sri Lankan government approved a 4-day workday for public sector employees. The decision was made due to severe fuel and food shortages. According to the official statement, the extra workday is intended to help the population grow food at home and reduce the demand for fuel needed for commuting.

The situation in Sri Lanka, a long sought-after tourist destination, is spiraling out of control. Experts agree that this economic turned political and humanitarian crisis requires more than foreign aid. Sri Lankans no longer will be satisfied with an ‘economic’ solution. As discontent against those in power continues to increase, the solution may require real political and social change. Otherwise, the problems in paradise are not likely to end anytime soon.