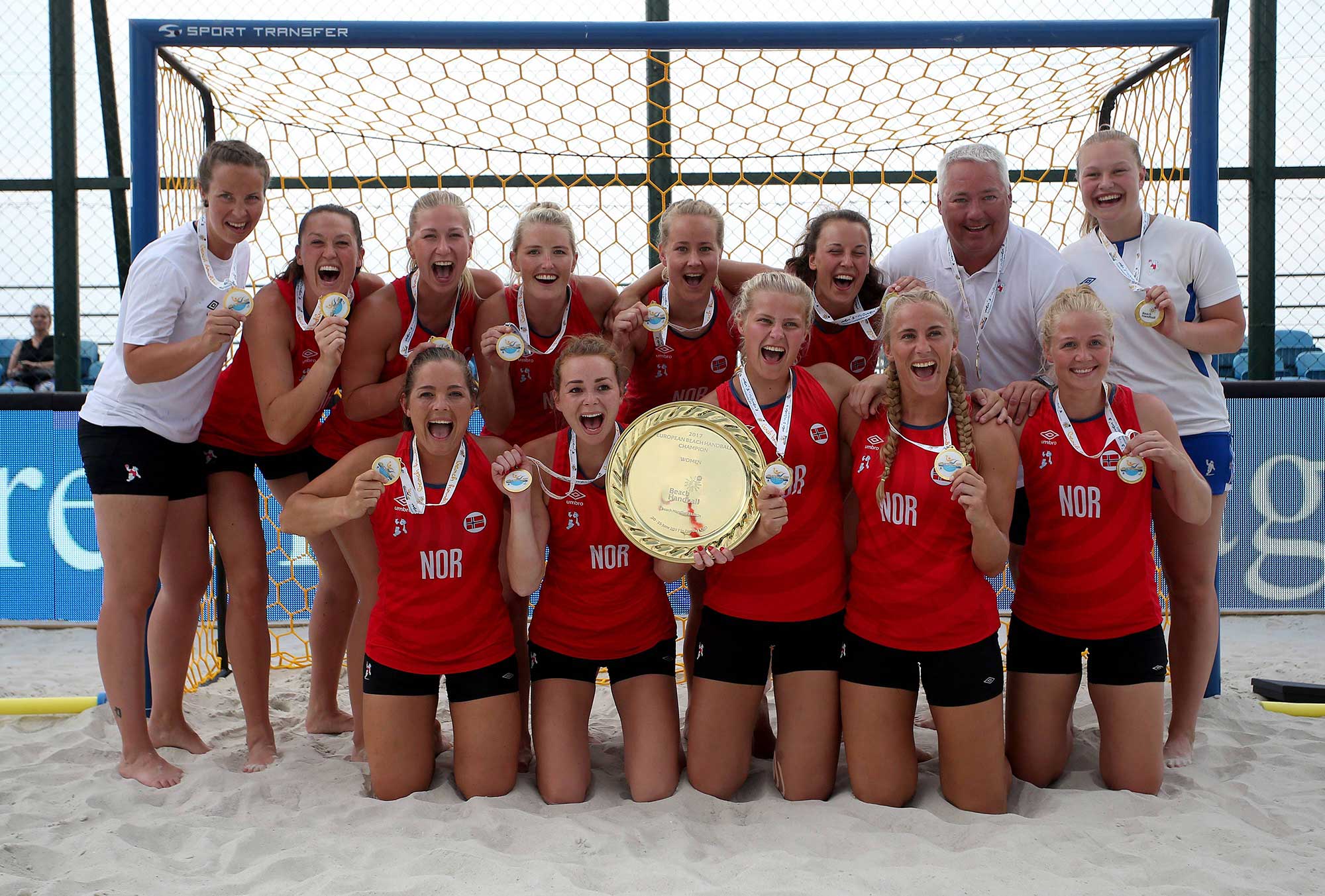 Rebelling Against Sexism: Can The Norwegian Handball Association Improve Conditions For Female Athletes?

After being threatened with punishment for not complying with dress code regulations, female beach handball athletes take a stance against outdated rules and double standards.

Initially, the Norwegian women’s team was told that breaching the dress code would constitute a 50 Euro fine per person per game, a penalty that the Norwegian team initially accepted. However, upon doing so, the team was also told that there would be implement increasingly higher interest rates on these fines per game they played and that the EHF was prepared to further up the punishment.

Fearing disqualification, which would be detrimental to the team’s ambitions of qualifying for the world championship, the Norwegian women’s team decided to participate in accordance with the dress code, which specifically states that female beach handball players have to wear tight bikini tops and bikini bottoms with sides measuring no more than 10cm in width.

Notably, all of this happened despite the fact that NHF and EHF have agreed to work towards a revision of the dress code to allow for female athletes to play without the excessive and unnecessary discomfort of playing in bikini bottoms. The captain of the Norwegian team, Katinka Haltvik, stated on the matter that playing with bikini bottoms was a source of significant discomfort. Haltvik explained that the dress code essentially forced the athletes to put more focus into ensuring that the bikini bottoms were in the right place than on the game itself. Haltvik also added that she knew of talented athletes who had decided against participating in the sport due to the additional discomfort of the dress code.

Adding insult to injury, the men’s beach handball teams are permitted to wear loose-fitting shorts and sports singlets. It is therefore rather clear that the dress code has very little to do with the practicality or functionality of the “uniform”, as both are clearly limited. If these rules were really about a practical dress code, surely the male athletes would be forced to be played in tight and revealing clothing as well.

The fact of the matter is that female beach handball players have been highly sexualized. This was made apparent when the management of the popular web forum/social news aggregation site “Reddit” saw it necessary to moderate a thread dedicated to sharing sexualized images and comments specifically about female beach handball players. The thread had some 245,000 “subscribers.” A spokesperson from Reddit stated that such photos and comments without consent from those depicted were against the community guidelines, and would therefore be removed from the site. However, the thread was not closed down, even though additional moderation of the content was implemented.

Sports sociologist and researcher Gerd von der Lippe commented on the matter to the Norwegian Broadcasting Corporation (NRK), stating that it was shocking that we, as a society, have not come further in 2021. Furthermore, von der Lippe stated that especially young women are vulnerable to psychological trauma due to excessive sexualization being directed towards them by society. Von der Lippe went on to suggest that the reason for these rules seeming old-fashioned and backward was likely that the central organization, the IHF, likely was run by middle-aged men.

The IHF’s websites rapidly confirm Gerd von der Lippe’s inkling, as the governing body of the IHF is overwhelmingly male. Of the 17 IHF council members, only two are female. The rates of the EHF are slightly better, with four out of thirteen members of the Executive Committee being female.

It is nevertheless puzzling that despite being in the process of changing the dress code, the IHF and EHF were so reluctant to let the Norwegian women wear a slightly augmented uniform. President of the NHF, Kåre Geir Lio, stated after having been in discussions with the EHF and IHF that he believed the rules would be changed by November of 2021.

So far, the president of the IHF, Hassan Moustafa, has only gone as far as to state that new rules were likely to be implemented. For the sake of the athletes who are uncomfortable playing in the current mandatory bikini bottoms, and for aspiring athletes who would enjoy the sport if not for the blatantly sexist conditions, one can only hope that this is the case.