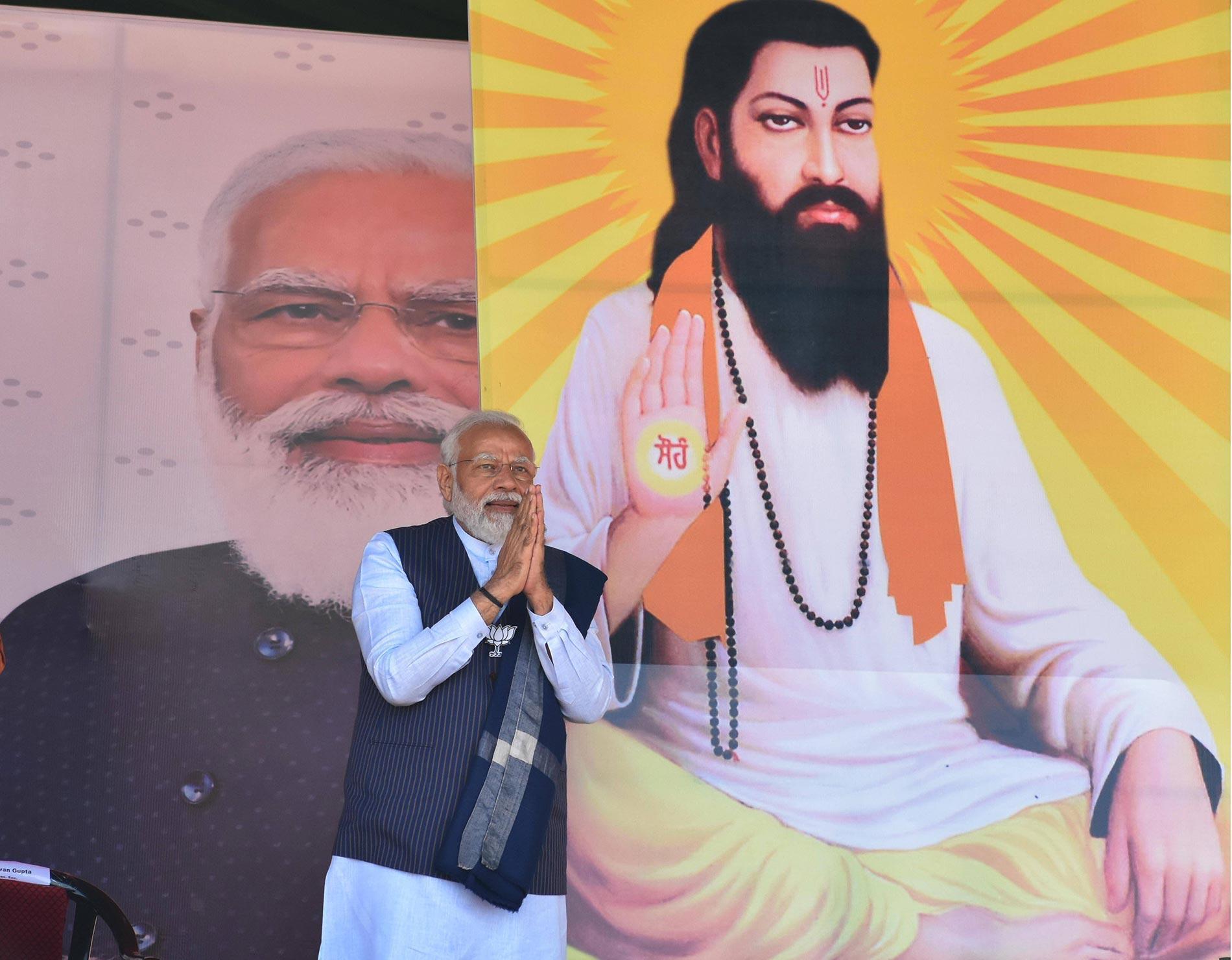 Nationalism and Repression in the World’s Largest Democracy

The rise of anti-Muslim sentiment in India is reaching a boiling point as Modi and the BJP government are sharing dangerous rhetoric and encouraging communal ethnic violence. With some far-right Hindus calling for the genocide of Muslims in the country in addition to economic hardship and an energy crisis, the international community is called upon to monitor the BJP and its ethnocentrist leadership.

Amidst the backdrop of the ongoing COVID-19 pandemic, nations big and small have been experiencing democratic backsliding – state-led elimination or debilitation of existing democratic institutions. Populism and nationalism are on the rise and India is no exception.

The founder and director of Genocide Watch, Gregory Stanton, stated that there were early “signs and processes” of genocide in Kashmir and India, comparing what the Indian government is doing to its’ Muslim population to the Myanmar government’s genocide on the Rohingya Muslim population since 2017. Genocide Watch started warning of a genocide in India in 2002 when over 1 000 Muslims were killed in Gujarat. Although the current government denies all such accusations, the body of evidence paints another picture – that of genocide in India.

The religious minority Muslim population in India is often subject to state-propagated violence. The religious breakdown of India’s population is 84 percent Hindu and only 14 percent Muslim. According to Al Jazeera, throughout the course of the pandemic, videos of Hindu religious leaders calling for a genocide against the 200 million Muslim population in India have emerged. Hindu nationalists supported by the current government have targeted Muslim Friday prayers, banned Muslim students from wearing headscarves, and bulldozed homes, shops, and places of worship. Speaking out against these widespread tragedies and persecution result in arrests and more oppression.

Led by Prime Minister Narendra Modi, India’s ruling party, the Bharatiya Janata Party (BJP), has held political power since May 2014 and encourages the persecution of the country’s Muslim population by dehumanizing Muslims. The BJP has remained silent regarding the more than 400 hate crimes carried out against Muslims throughout the country and has inundated the airwaves and social media with anti-Islam messaging, encouraging Hindu voters and religious leaders to actively support ethnocentrist policies and laws such as the Citizenship Amendment Act which grants citizenship to all religious minorities except Muslims. The BJP has enabled right-wing Hindu nationalist parties to bulldoze homes, schools, and places of worship under the guise of ‘economic development.’ The true motive behind these acts is the creation of a Hindu nation free of its Muslim population and spaces. Instead of practicing religious tolerance and nonviolence as promoted by Indian civil rights leader Mahatma Ghandi, India’s current government and Hindu right-wingers call India’s Muslim population “termites,” and celebrated Ghandi’s assassin Nathuram Godse by calling him “a patriot.”

Instances of communal religious hatred and ethnic violence are rampant throughout the country. Since 2014, the BJP encourages the process of “othering” and an “us vs. them” mentality along ethnic lines by passing laws that criminalize Islamic religious practices and businesses, and allows Hindu hardline nationalists to kill innocent people.

The BJP won the assembly elections in Uttar Pradesh, Uttarakhand, Manipur and Goa in March 2022. The Aam Aadmi Party (AAP) beat the BJP in Punjab. The party won a clear majority in Uttar Pradesh, the most populous state, thereby securing 255 out of 403 legislative seats. The BJP is the first party since 1989 to win two consecutive terms in the state. Prior to the BJP’s win, the general public believed that India’s major problems revolved around rising poverty, unemployment, stunted economic growth, and corruption. The current ruling party makes no secret of its’ hatred against Muslims, and instead of addressing the country’s dire economic issues, it has found a scapegoat to place the place on – its Muslim population.

Since 2021, India has been experiencing an energy crisis due to monsoon rains that flooded mines, roads and electricity hubs. In the past few weeks, a heat wave has crippled the Southwest Asia region with record-high temperatures at 40 degrees Celsius (over 120 degrees Fahrenheit). Despite India continuing to produce wheat for the global market, crop yields have dropped by up to 50 percent and production is taking a major hit from the ongoing heat wave and power crisis.

According to Politico, around 85 percent of Indian households’ lack air conditioning, and 70 percent of India’s electricity comes from coal which negatively impacts the environment and is in low supply. As the demand for liquified natural gas (LNG) increases due to widespread blackouts in households and power plants throughout the country, the latest EU sanctions on Russia in light of its’ ongoing invasion of Ukraine also hinder India from powering peoples’ homes. According to Time, 16 of India’s 28 states have been dealing with power outages that span from 2-10 hours per day. The combination of food and gas shortages adds more political fuel to the fire as Modi’s BJP continues its ethnocentrist policies and disinformation campaign.

The BJP has maintained close ties with India’s Rashtriya Swayamsevak Sangh (RSS): a Hindu nationalist organization that champions the 2000-year-old concept of Akhand Baharat, meaning an “unbroken India” rid of Islamic influence. Akhand Baharat is comprised of Afghanistan on India’s western border, and spans all the way to Myanmar to the east, including Bangladesh, Tibet, Nepal, Bhutan, Sri Lanka, and the Maldives. Godse, Gandhi’s assassin, was a member of the RSS. For decades, Modi has been an avid supporter and active campaigner for the RSS as well, justifying that Akhand Baharat will finally bring cultural unity to India under one de-facto “Hindu nation.” Akhand Baharat is being taught in RSS-run schools throughout India, carrying harmful cultural and geopolitically divisive implications for the region that hosts an ethnically diverse set of people.

The BJP recently started tabling a uniform civil code based in religion that would replace current marriage and inheritance laws. Previous governments avoided implementing the uniform civil code in fear of upsetting and losing Hindu, Muslim and Christian voters due to the religious intolerance it would spread throughout the country. According to Bloomberg, this new proposal is portrayed by the BJP and the RSS as helpful to prevent polygamy which is allowed in Islam. Yet critics view the move as a clear reflection of the rising Islamophobic sentiment taught and encouraged throughout India.

The world’s largest democracy is no longer very democratic as Modi’s government continues to implement repressive policies and to threaten its’ ethnic minorities ahead of the country’s 2024 general elections. It is critical that the international community and global leaders keep a closer eye on India under the BJP. Given India’s current ethnocentrist policies and deeply-rooted, state-propagated ethnic violence, the seeds of a genocide are potentially being planted.