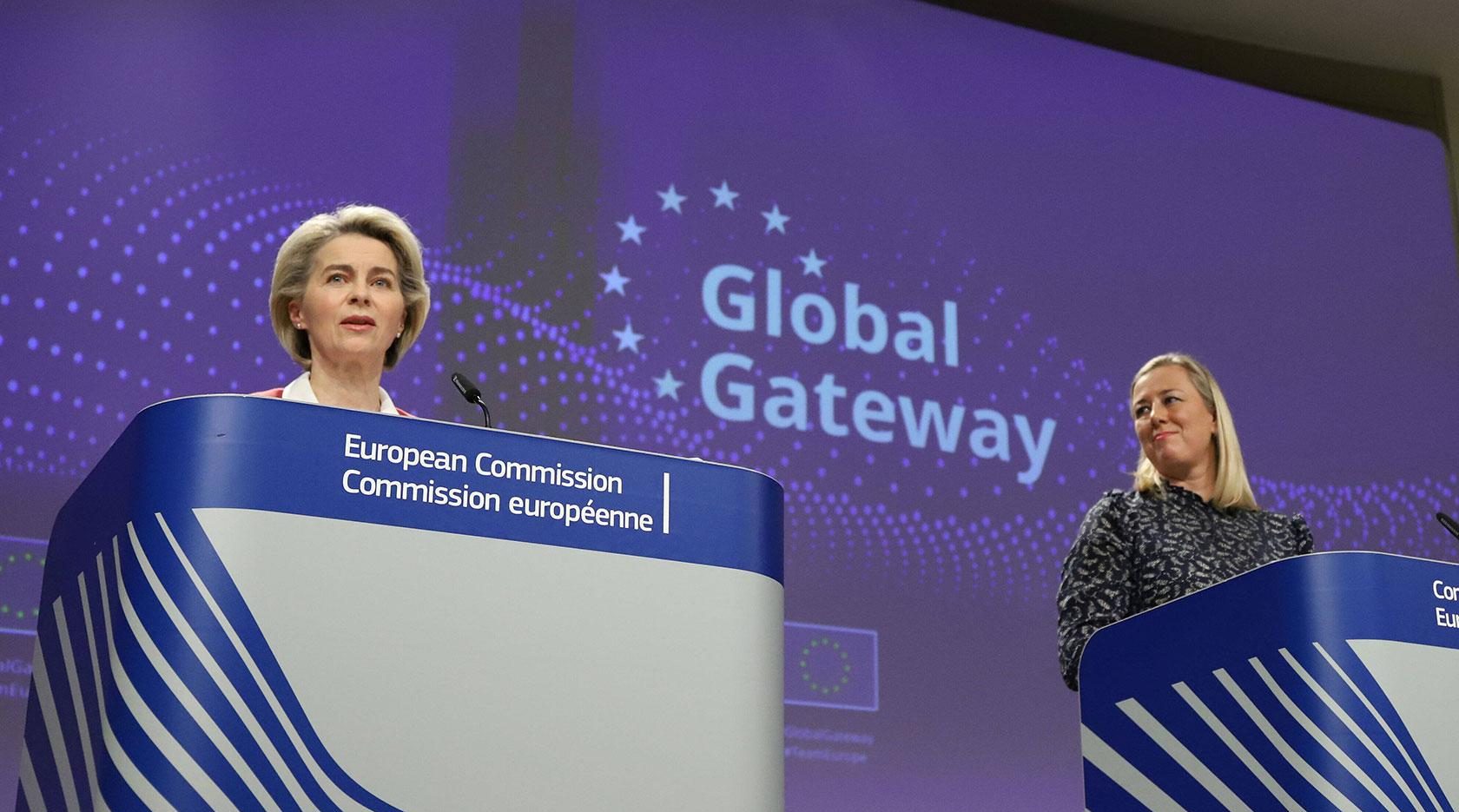 The EU has unveiled its EUR 300 billion infrastructure investment program for developing nations. The Europeans now face the challenge of selling their “values-based” alternative to China’s Belt and Road Initiative in a world growing increasingly skeptical of democracy.

On 1 December 2021 the European Union announced its entrance into the geopolitical competition of infrastructure investment programs for developing nations with its EUR 300 billion “Global Gateway” program. Though it does not mention China, the program is clearly the EU’s alternative to China’s multi-trillion-dollar “Belt and Road Initiative” (BRI) and is viewed by many as an attempt to counter China’s expanding global influence.

In a statement, the European Commission has described the program as “the new European strategy to boost smart, clean and secure links in digital, energy and transport and strengthen health, education and research systems across the world.” The EU asserts that Global Gateway offers “sustainable and trusted connections” and that the program will “help tackle some of the most pressing global challenges,” including climate change, environmental protection, improving health security, and strengthening competitiveness and global supply chains.

Global Gateway will utilize the financial and development institutions of the EU and its member states, including the European Investment Bank (EIB) and the European Bank for Reconstruction and Development (EBRD), to coordinate and fund the various projects with the partner countries. Moreover, recruiting the private sector to invest in projects is another crucial aspect of the program. The EU states that it will also “provide technical assistance to partners to enhance their ability to prepare credible projects, ensuring value for money in infrastructure.”

The EU has offered a general funding breakdown. The plan states that, from 2021 to 2027, up to EUR 135 billion of guaranteed investments for infrastructure projects will be made available from the European Fund for Sustainable Development+ (EFSD+). An additional EUR 18 billion in grants will come from the EU budget, and the European financial and development institutions have planned for up to EUR 145 billion in investments.

Considering they are offering significantly less money than the estimated USD 1-8 trillion the Chinese have contributed through the BRI, the Europeans seem to be making a values-based argument for their plan. The program emphasizes democratic values, good governance and transparency, equal partnerships, and sustainable, environmentally friendly infrastructure. In what can only be seen as the EU drawing a clear contrast to the authoritarian model of China, the Commission says that it will “invest in international stability and cooperation and demonstrate how democratic values offer certainty and fairness for investors, sustainability for partners and long-term benefits for people around the world.”

In yet another rebuke of the Chinese approach, the EU explains that it will offer solid financial conditions for partners, including grants, favorable loans, and budgetary guarantees to reduce investment risks and improve debt sustainability. The inclusion of this in the program’s description seems to be alluding to accusations that China uses predatory lending as a means of gaining influence over the countries that it funds projects in, a tactic that has become known as “debt-trap diplomacy.”

Naturally, China denies allegations that it is engaging in such malevolent practices and simply maintains that the Belt and Road Initiative is its effort to help developing countries gain access to the necessary funding for important infrastructure projects–the same as the Global Gateway. There is still debate among experts over whether China is using predatory lending to expand its influence, but what is not up for debate is that China is offering massive amounts of money. The planned infrastructure programs in the BRI, which span over 60 countries, are estimated to cost upwards of USD 8 trillion alone.

In addition to investing much more money, the Chinese are offering loans with seemingly much fewer strings attached. China does not predicate the loans on principles like democracy, rule of law, human rights, environmental protection, or sustainability. In fact, China’s BRI has already been accused of exacerbating numerous environmental problems such as increasing dependence on coal, overuse of natural resources, and disruption of ecosystems. Additionally, there have been reports of human rights violations such as forced labor being committed during BRI projects. If the accusations of debt-trap diplomacy are false, or a country believes it can pay back the loan, China’s low standards may be attractive to the numerous countries that do not place much importance on principles like environmental protection, democracy, and human rights.

Although the EU contrasts its values-based Global Gateway to the BRI and makes a decent argument, China already has a major head start, as the BRI was adopted in 2013. Additionally, the BRI is projected to have an undeniably positive global economic impact, with one study from the UK’s Centre for Economics and Business Research estimating it could boost global GDP by USD 7.1 trillion per year by 2040. The BRI also has support from countless countries, including some EU member states. Many EU countries have joined the BRI including Bulgaria, Czech Republic, Estonia, Greece, Hungary, Italy, Latvia, Luxembourg and Poland (to name a few).

The geopolitical competition for funding infrastructure projects in developing nations is just getting started, and the EU’s Global Gateway is the latest substantial offer on the table. It comes only a few months after the G7, led by the United States, announced the Build Back Better World (B3W) initiative, which is aimed at addressing the estimated USD 40 trillion needed for infrastructure in developing nations.

Ideally, China, the EU, and other wealthy nations would work together to help developing nations while adhering to similar environmental and human rights standards. In reality, the difference in political systems and priorities renders this nearly impossible, and it is already turning into a competition between liberal democracies and China for global influence. With faith in democracy dwindling around the world, it will be interesting to see if developing nations opt for values-based programs like the EU’s Global Gateway, choose China’s nearly unconditional but potentially predatory BRI, or simply pick whichever program most closely aligns with their country’s political system.

Other Articles Which Might Interest You
G7 vs. BRI: Any Chance of Success?