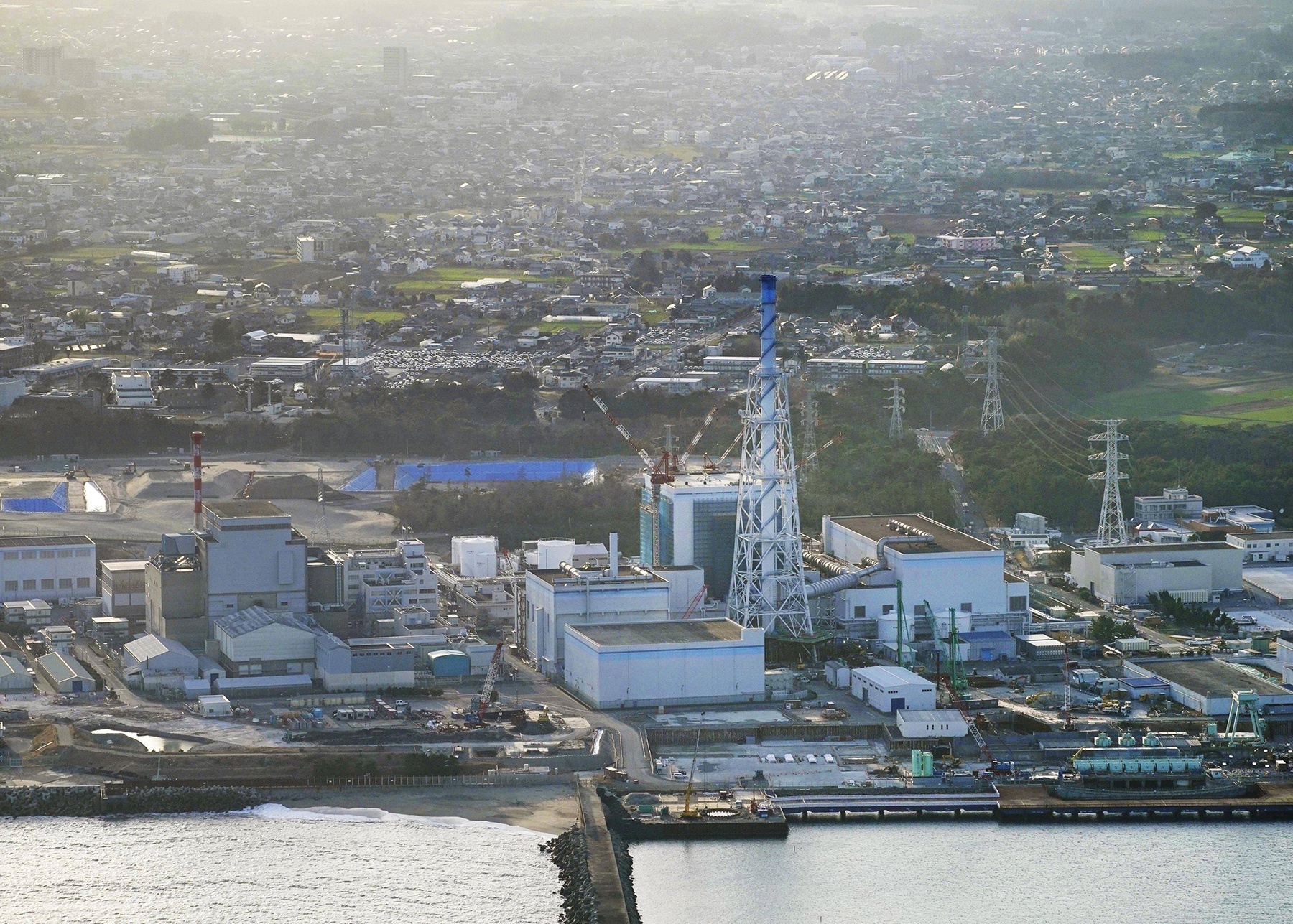 10 Years Fukushima. Where Is Japan’s Climate Ambition Going In The Energy Sector?

While ten years have passed since the meltdown at the nuclear power plant Fukushima No. 1, Japan is preparing to meet its commitment to become CO2-neutral by 2050. The role of the nuclear sector is still very disputed in Japan and oscillates between security concerns and increasing climate ambitions.

The traumatic accident in the nuclear plant of Fukushima had a twofold effect on the public’s opinion towards Japan’s long term energy supply. Not only was public faith in the safety of nuclear energy severely shaken, but people also began to question how Japan could meet its energy needs while striving towards its climate neutrality goal.

On March 11, 2021, the nuclear catastrophe in the Japanese Tōhoku region, the north-western part of the main island of the Japanese archipelago, had its tenth anniversary. At the time, Japan was relying heavily on its nuclear sector for energy production, seemingly neglecting its nature as an island state haunted by natural disasters such as earthquakes, floods and typhoons. In 2010, one-quarter of Japan’s energy came from nuclear power; the major share (65 percent) was attributable to fossil energy sources, whereas renewables accounted for only nine percent.

The first effect of the Fukushima disaster was that the safety perception of nuclear power in Japanese society was profoundly disturbed. The Japanese culture is frequently considered as one of the most risk-averse in the world, and yet nuclear power plants in Japan were widely accepted as safe, to such an extent that their construction was permitted in areas with high earthquake risk. Concerns about the location of certain plants were quickly played down, arguing that the situation in Japan was under control and differs significantly from outside Japan.

Criticism was widely publicized by seismologist Ishibashi Katsushiko as early as 1997, yet his call remained unheard even when he was working for a government committee revising the earthquake resistance of nuclear power plants. The Fukushima disaster came as a wake-up call for the wider public to reconsider safety standards in the nuclear sector and to decommission those plants that pose the highest risk.

Today, TEPCO, the operator of the Fukushima No.1 plant, is hitting headlines in Japanese newspapers again: TEPCO’s president apologized in a speech marking the tenth anniversary of the nuclear disaster. Recent incidents at the unit 7 reactor at the Kashiwazaki-Kariwa plant, also operated by TEPCO, have raised concerns about the safety standards at that plant. An employee is said to have entered the control room with a wrong ID in September 2020, an incident that was not reported until February 2021.

The second effect stemming from Fukushima was that the Japanese energy mix started to be questioned. As a first response, the government pushed back nuclear energy by ordering the decommissioning of the longest-operating nuclear power plants as a safety measure. Subsequently, this triggered discussions on the phasing-out of nuclear energy as a whole.

Opinion polls conducted by Japanese newspapers in 2011 suggested that around 80 percent of the Japanese are anti-nuclear. In reaction to the Fukushima disaster, the government decommissioned 11 out of 54 nuclear power plants in operation in 2010 – not counting Fukushima I and II. However, this change was not long-lasting: nine of those are operating again. By contrast, Germany, where the Fukushima accident also triggered a rethink, is moving towards closing down its last operating nuclear plants by December 31, 2022, at the latest, according to the German 2011 Nuclear Energy Act. In comparison, the decommissioning of Fukushima No. 1 is not expected to be completed before 2051. Meanwhile, TEPCO is planning to reopen the Kashiwazaki-Kariwa site.

The Japanese are rethinking their commitment to nuclear power. A survey conducted by a local newspaper in western Japan in early 2021 found that 60.6 percent of the population support a phase-out or immediate closure of nuclear power plants. Only 21.6 percent believe that the safety of nuclear power plants can be guaranteed, and the support for nuclear power stands at 12.3 percent. Furthermore, the Japanese government’s approval of TEPCO’s release of 1.2 million tons of radioactive wastewater from Fukushima into the Pacific Ocean is being met with strong opposition within Japan, by neighboring countries, such as China and the Republic of Korea and internationally. Resistance to nuclear energy within Japan is likely to increase, as current surveys are indicating.

Despite nuclear power’s low popularity ratings among the Japanese, Japan’s public administration sector is committed to nuclear power as a growth sector, especially in the context of Japan’s commitment to becoming carbon-neutral by 2050. One example of this is Tokyo’s 2020 Green Growth Strategy. In 2019, while nuclear energy accounted for only six percent of the energy production, renewables, with a share of 18 percent, remained on a very low level.

Plans to phase out power generation from coal are becoming more concrete as Japanese government officials on March 29, 2021 hinted at ending state support for the construction of coal-fired plants abroad. This can be considered a reaction to international criticism against loans from the Japan Bank for International Cooperation supporting the export of coal-fired power plants. The official announcement is expected for the US Climate Summit in late April 2021. Ultimately, many Japanese still believe a low-carbon energy transition in Japan is not feasible without nuclear power.

The Japanese political landscape is adding to the complexity of the issue. The ruling Liberal Democratic Party (LDP) has been the one dominant party in Japan since the 1950s. The Fukushima accident happened to take place in one of the rare interruptions of its governmental involvement. The then ruling Democratic Party failed to establish a solid two-party system in Japan, and, in 2012, LDP retook power.

In Japan, traditionally, the Communist Party has stood for green and anti-nuclear issues, but prospects of it becoming a counterbalance to the LDP are poor, given its heritage in a predominantly liberal environment.  In contrast, the support for nuclear power is strong among the ranks of the ruling LDP, and Japanese voters will find it difficult to counter this attitude, as there is no significant anti-nuclear party that could gain protest votes.

While there is strong opposition to nuclear power linked to safety concerns in the Japanese public, decision-makers in Japan are still in favor of nuclear energy to assure energy security and achieve climate goals. The renewables sector is underdeveloped, and Japan will have to meet its energy needs without fossil fuels in the long term. Nuclear energy comes as a possible solution to this dilemma. Thereby, LDP politicians largely neglect their voters’ will on the issue of nuclear power, but political alternatives to the LDP are considered to lack the know-how on economic policy, a factor that is still influencing the Japanese voters’ choice more than anything else.

Other Articles Which Might Interest You
Japan v. Its neighbors: Japan to Release 1.4 Million Tons of Radioactive Fukushima Wastewater into the Pacific 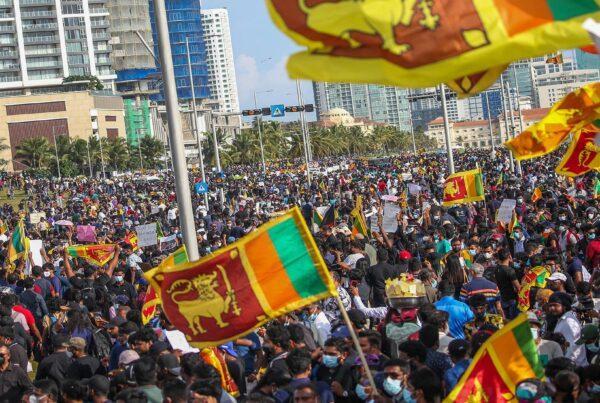 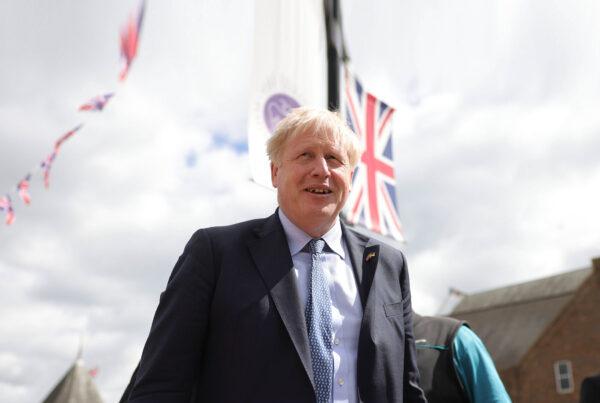 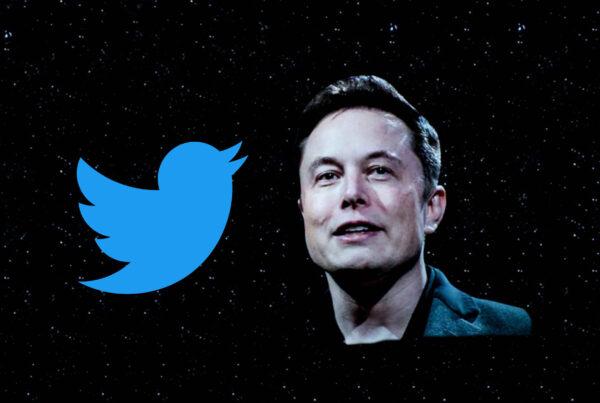