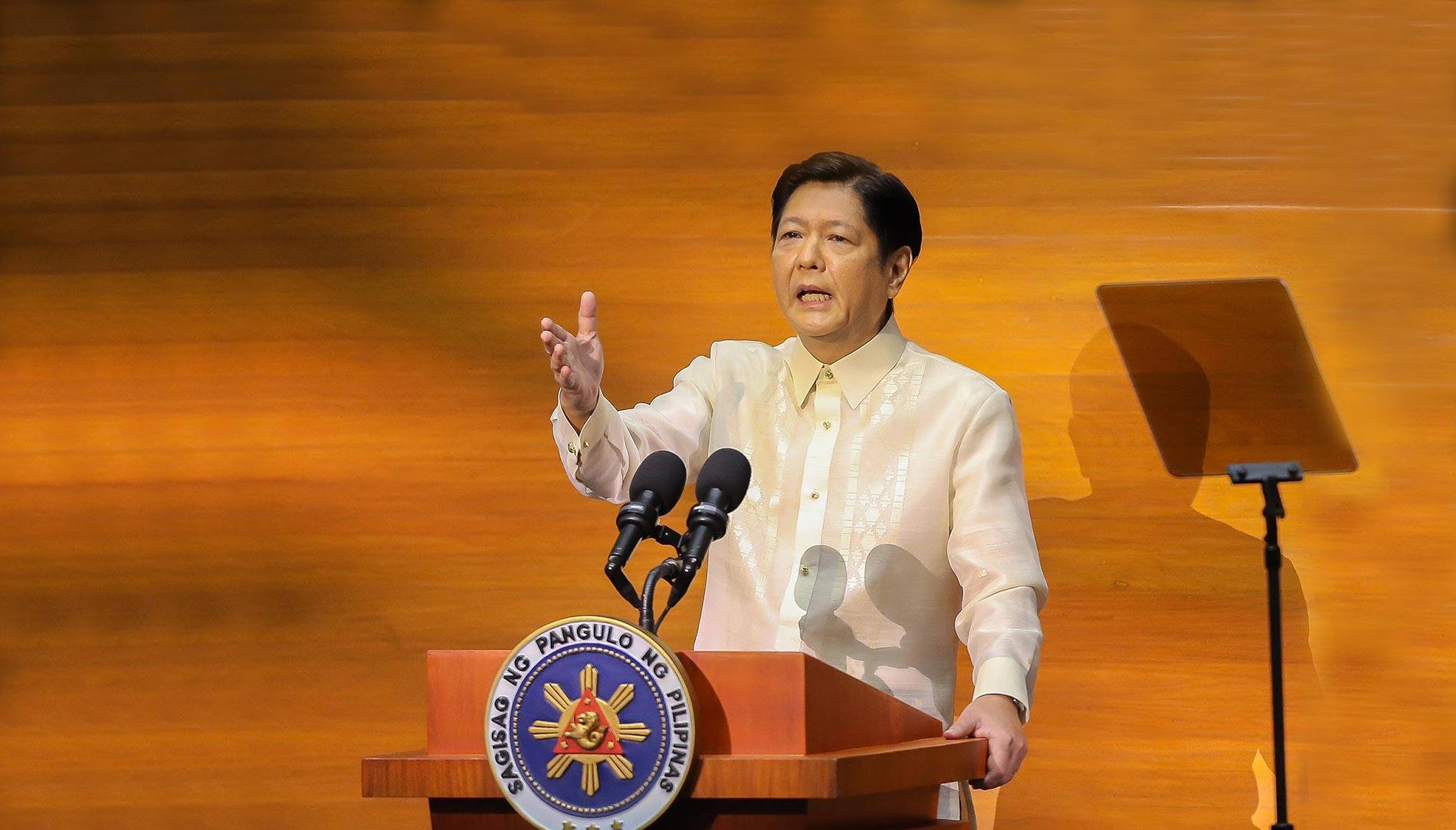 The Return of Marcos in the Philippines

The Philippine parliament has proclaimed former Philippine dictator Ferdinand Marcos’s son – “Bongbong” Ferdinand Marcos Jr. – as the country’s new president. Bongbong Marcos spent decades trying to regain his family’s power and restore its glory. During his first State of the Nation Address, thousands of police officers were on the streets of Quezon City as people protested the president-elect. Many in the Philippines fear that Marcos Jr. may choose an even more authoritarian course than his predecessor.

Also known as “Bongbong”, Marcos Junior won an overwhelming majority with more than 31 million votes (58.77 percent), while his main rival – vice president Leni Robredo – won only about 15 million votes, according to the BBC. In his inaugural speech, Ferdinand Marcos Jr. praised the years of his father’s rule. Ferdinand Marcos was a man accused of numerous human rights violations and abuses.

During his presidency, martial law was imposed in the Philippines, thousands of dissidents were detained and tortured by security forces, and political opponents of the regime were assassinated. However, in his speech, Bongbong Marcos had this to say about his father’s legacy: “I once knew a man who saw how little had been achieved since independence. He got it done… So will it be with his son. You will get no excuses from me.”

Ferdinand Marcos Jr’s father, the late dictator Ferdinand Marcos, ruled the Philippines from 1965 to 1986. He was ousted from power in a military coup in 1986, when during the EDSA People Power Revolution (named after Epifanio de los Santos Avenue – the main highway of Metropolitan Manila), more than 2 million Filipino civilians took to the streets to end the bloody Marcos regime. He was forced into exile and fled with his family to Hawaii in the United States. Nevertheless, the family continued to hold key positions in both local government and at the state level.

Bongbong began his political career during his father’s rule: Marcos Jr. served as vice-governor of Ilocos Norte from 1980 to 1983, and then as its governor from 1983 to 1986. In 1991, two years after his father’s death, Bongbong Marcos was allowed to return home to continue his involvement in politics. He then became governor again from 1998 to 2007 before entering parliament and serving as a senator from 2010 to 2016. In 2016, Marcos Jr. also ran for vice-president, but lost to Leni Robredo.

Despite Marcos Jr. and his mother Imelda being in contempt a 2012 US Court of Appeals Ninth Circuit judgment to compensate victims of human rights violations during Ferdinand Marcos’ rule totaling USD 353 million, US-Philippines relations have seemingly not suffered as a result of this gross violation against the US injunction. During a visit to the Philippines on 9 June 2022, U.S. Deputy Secretary of State Wendy Sherman confirmed that Marcos Jr. will not be arrested if he entered the US because he will be protected by diplomatic immunity.

During his presidential campaign, Marcos Jr. promised to increase jobs and curb skyrocketing prices. His popularity has largely been boosted by active advertising on social media, which has had a particularly strong effect on young people who have no memory of Ferdinand Marcos’ bloody reign. Some sources claim the Bongbong’s campaign on social media was greatly misleading by portraying his father’s rule as the “golden age” of the Philippines. In reality, it was an era of poverty and massive debt to foreign banks.

In his first State of the Nation Address on 25 July 2022, President Marcos laid out to his country’s citizens a 19-point legislative plan to change the economic foundations of Philippine statehood. Despite Bongbong’s allies calling his speech “amazing”, some members of the parliament pointed to the promises that Marcos Jr. made in his presidential campaign, including to end labor contractualization, to fight corruption, and to protect human rights. Thousands of police officers were on the streets of Quezon City as people protested president-elect Marcos Jr. during his first State of the Nation Address. The activists demanded that the new leader take immediate action on rising prices and human rights violations and called for freedom of the press and better working conditions. 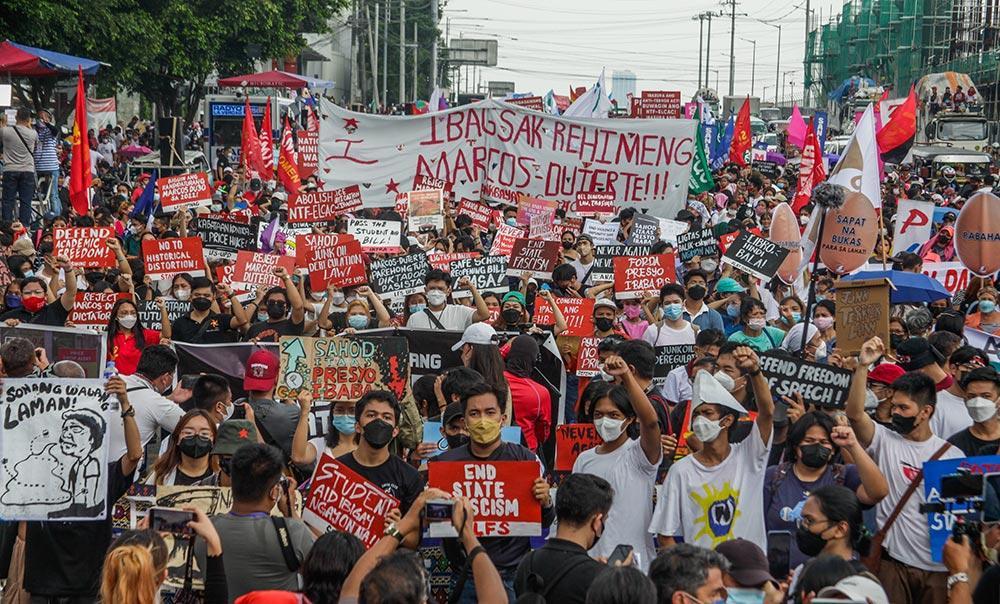 After six years of Duterte’s authoritarian rule, the Filipino people, human rights activists, as well as representatives of the Catholic Church (which played a crucial part in bringing down Bongbong’s father), fear that Marcos Jr. may choose an even more authoritarian course than the former president – Rodrigo Duterte. His tough and decisive policies helped Duterte gain high popularity with a cultlike status among the Filipino population. The support helped him hold onto power and promote his own agenda. For Marcos Jr. to succeed in his term as president, he will have to control his administration, as well as in the judiciary and military structures.

Bongbong Marcos spent decades trying to regain his family’s power and restore its glory. Although he has not yet announced his plans to change the constitution, many experts believe that in the future Marcos Jr. may do so to allow his dynasty to rule for many years to come. While the Marcos presidency has inherited a huge debt from Duterte’s administration, it is expected that Bongbong will continue rebuilding the Philippine economy, sweeping reforms, Marcos may carry on the massive infrastructure projects of his predecessor.

Only time will tell how far Marcos Jr. will go to secure his family’s power in the Philippines. Since US-Philippine relations are good, there is seemingly nothing or no one that can stop President Bongbong from ruling the Philippines for a very very long time.