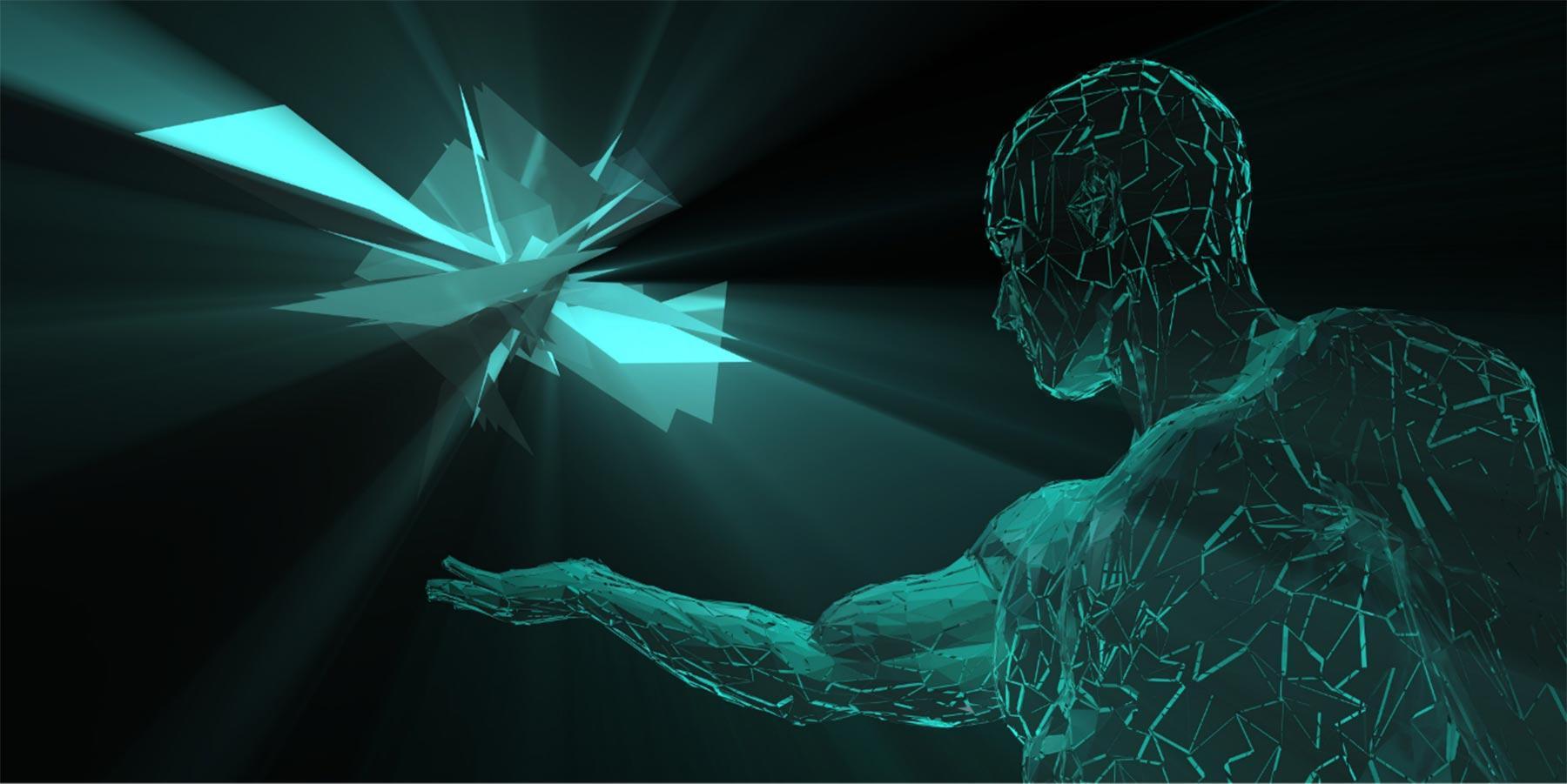 The Brave New World of the Metaverse: How ‘Real’ is virtual Real Estate?

Hundreds of millions of dollars are being invested into plots of virtual real estate. What lies behind this surge in investor interest? The answer is the Metaverse – a fast-growing virtual online galaxy. A race to stake large chunks of this galaxy is underway between Big Tech companies like Facebook. Entire virtual worlds are being re-created to emulate the physical world offering a range of attractions and activities. In the not-so-distant future millions of users may populate this space. Is the Metaverse our ‘brave new’ future?

Virtual plots of land have recently been sold for obscene amounts of money. These virtual plots only exist online and in digital form. In January 2022 total sales have topped USD 85 million. Over the past six months alone virtual property valued at over USD 500 million changed hands. According to a report of Brand Essence Market Research this figure is expected to double by the end of 2022 and will continue to grow at a compound annual rate of 31% a year until 2028.

What actually lies behind this incredible surge in investor interest for an asset which only exists on the web. Who is selling these virtual plots, what exactly are investors buying?  For whom? And, do the established principles of valuation, returns and risk apply here? In order to answer these questions, one needs to look at the bigger picture.

In the not-so-distant future a space called the ‘Metaverse’ will be the next evolutionary step of the internet, also known as Web 4.0. This Metaverse will determine how we may work, play, socially interact with each other, and live our lives. There is no consensus on the definition of the Metaverse. A distinguishing element of the Metaverse is that it is powered by blockchain technology, considered neutral and decentralized and hence not owned by any particular organization. For creating these parallel ‘digital universes’ to the physical world, blockchain technology becomes the missing link, allowing users to uniquely own and sell digital properties, also known as NFT’s (Non-Fungible Tokens) within this embodied internet experience and allowing the market to thrive.

Big Tech companies are staking their claim to chunks of the Metaverse. The race to shape its evolution has begun. Facebook has just recently rebranded itself as ‘Meta’ and is re-focusing its entire business model around the Metaverse. This has sent a strong signal to the market and drawn mainstream attention. In Mark Zuckerberg’s own words, the Metaverse is “an embodied internet, where instead of viewing content – you are in it.” The Metaverse sets out to converge the digital and physical worlds. It wants to become the platform we use to interact with the internet and other users, supplanting web browsers and mobile apps.

While this vision might be a dystopian nightmare for some, the companies creating this virtual ecosystem want to make big profits from this brave new world. Analysts at Morgan Stanley estimate that the future Metaverse market may be worth USD 8 trillion and depend on the creation of high-volume user destinations. Studies forecast that by 2025 the Metaverse gaming, virtual accessory, event, digital real estate, e-commerce and advertising industry could be valued at over USD 80 billion.

One of the first companies to successfully establish a virtual world in the Metaverse, appropriately named the Metaverse Group (owned by Token.com), operates Decentraland. Created in 2015, Decentraland offers developers a total of 90 601 plots of ‘land’ (16m2), which are sold using the cryptocurrency MANA. Owners of these lots can then build a variety of user experiences to make their particular destination attractive.

The largest purchase to date has been Republic Realms USD 4.3 million virtual land acquisition and they are now looking to develop 100 islands, called Fantasy Islands, with villas as well as offer boats and jet skis – 90 of these islands were sold out within one day for USD 15 000 each and are now re-selling for over USD 100 000. Their virtual mega yacht called Metaflower, featuring a hot tub, DJ booth and two helicopter landing pads was snatched away for a mere USD 650 000.

The Metaverse Group announced the sale of a 116-parcel estate for USD 2.5 million near the Fashion Street, where the new owner is looking to host events and lease stores out to high-street fashion retailers, effectively becoming a virtual landlord. Many fashion houses have already recognized the potential of the Metaverse and have sold branded items in one Metaverse platform or another.

Nike has announced the creation of its own Metaverse destination called Nikeland and Balenciaga has introduced virtual fashion shows in Decentraland. However, it’s not just fashion retailers who are drawn into the Metaverse, with Sotheby’s opening up their own gallery space and auction house to sell NFT artworks. Barbados establishing a digital embassy, becoming the first to claim digital sovereign land.

The Sandbox, another example of a world flourishing in the Metaverse, focusses on allowing users to create their own NFT’s and video games. The Sandbox has managed to raise USD 93 million in their first round of funding (including Ubisoft, Softbank and OpenSea). Sandbox currently dominates the market, making up 62% of the available land on the major Metaverse platforms and three quarters of all land sales so far this year, according to a report by Republic Realm. Celebrities such as Snoop Dog will be re-building his real-life mansion within the Sandbox, which people can visit, attend concerts, or buy neighboring plots (one sold for USD 450 000). The Sandbox will feature live concerts, nightclubs, a gambling district and just about anything else to emulate the physical world.

Over a dozen platforms are currently selling virtual real estate in the Metaverse.  Many are entering the market.  The more people buy into their virtual worlds, the higher the value of their NFT’s and properties. While some are drawing crowds with celebrity star power and concerts, a virtual world called Axie Infinity has banked on the ‘play to earn model’. This game requires players to purchase NFT avatars, called Axie’s, who can then earn game points, which are then convertible into the digital currency Ethereum. This has attracted millions of players from lower wage countries to quit their jobs and immerse themselves in the Axie Infinity World, where they can make significantly more money than with their real-life jobs. Axie Infinity currently boast almost 3 million daily active users, most of whom are from the Philippines and Venezuela. Users can make up to USD 100 a day – an attractive proposition for those who earn a minimum wage of USD 7 a day. Axie NFT’s have sold for as much as USD 800 000 and plots of land in the Axie Infinity world for USD 2.5 million.

According to the CEO of Token.com, Adrew Kiguel, the perception of value is shifting. “There are generations that have a difficult time attributing value to things that are digital, that you can’t hold and that don’t have weight. The younger generation has no issue with it. Like with NFT’s, blockchain technology allows for something to be digital, irreplaceable and scarce. You can hold it, store it, display it and sell it.”

Not all land, even in the physical world, has any value. The intrinsic value of property depends on its location, the footfall it attracts and its ability to be monetized. It is also the scarcity of a particular piece of land, wherever there is high demand and limited supply, that can determine its value. Given that the Metaverse can be populated by a limitless number of virtual planets, the valuation scheme for digital properties distinguishes between a short and long-term perspective.

The longer-term strategy is to develop, own and monetize the actual property. Buyers are speculating that someday the virtual land will become a location for millions to come together and interact. That virtual world which will win the race is the world that can successfully attract millions of people to participate, showcase their NFT’s, network, conduct virtual meetings, play and shop. The eventual high value of property in such a virtual world would surely be justified. Whether society should be striving towards this vision of the future is another question.

“…reality, however utopian, is something from which people feel the need of taking pretty frequent holidays.” (Aldous Huxley, ‘Brave New World’, 1932)