Offshore Wind: A Solution Or A Facelift?

Lately, energy giants have rushed to take part in what might on the surface appear like the next step for transitioning towards a decarbonized society running on renewable energy. Although offshore wind parks have the potential to produce a significant part of the world’s energy, critics have pointed out that things might not be as rosy, nor as green as generally implied.

The UK and Netherlands also dominate the list of offshore wind parks currently under construction, with several even more ambitious projects being proposed and processed in both countries. Furthermore, there are significant offshore wind projects in development beyond the North Sea as well, with some notable examples being those of Empire Wind off New York, the Greater Changhua wind project in Taiwan, and perhaps the most notable of all, the recently approved Sinan Korea Offshore wind project, which will operate at around seven to eight times the capacity of the current highest-capacity offshore wind farm in the world, the Hornsea Project One in the UK.

With such large investments and high ambitions in this field, offshore wind farms almost seem too good to be true. Yet, critics have pointed out that wind power is unpredictable and often inefficient. As it is highly dependent on the weather and as it is rarely cost-effective, also due to the high costs of windfarm seabed leases acquired through auctions. The unreliability of the wind as a source of energy has led many to suggest that offshore wind might do more to increase reliance on fossil fuels as an energy source. When wind fails, fossil fuel would be necessary as a backup. At present, Europe is undergoing an energy crisis, after a summer of little wind and rain, reducing hydroelectric and wind power production. Gas prices are soaring. Even in Norway, a country with a very high level of renewable energy in its power production, and a high level of gas exports, electricity prices have skyrocketed, exemplifying the unpredictability of the energy market, and the potential inefficacy of wind power.

Critics of wind power often bring up the fact that wind turbines might be harmful to the environment, that they encroach on people’s rights and that they are just plain ugly. A case in point is the recent ruling of the Norwegian Supreme court that a large wind park in the Norwegian county of Trøndelag directly hindered the indigenous Sami population from practicing their legal right to herd reindeer in the area. The solution to these issues has been to move wind parks from the highlands to the seas. Still, many criticize this, as research on offshore wind’s effect on ocean wildlife is lacking. However, as wind parks move offshore, the fishing industry is beginning to express concern for the future of their fishing grounds.

Despite all these concerns, large energy companies such as BP and Equinor, which have traditionally focused on oil and gas production, seem set on expanding the offshore wind sector, promising thousands of jobs, and large supplies of green energy. Equinor has recently vowed to invest some USD 23 billion in renewable energy projects, marking a significant shift in the company’s strategy and outlook.

Nevertheless, as most countries show an unwillingness to reduce their production of oil and gas, many argue that such investments, and especially investments in offshore wind, is mainly intended to divert criticism and let the energy companies operate under the guise of a green profile. Hence, many argue that instead of polluting less, the energy companies offset their emissions by producing green energy, which makes them look better on paper, but, their emissions remain the same.

One might ask oneself, is offshore wind truly part of the solution to climate change and the emerging energy crisis, or is it mainly a cheap facelift intended to give some of the world’s worst polluters a green profile? The answer, although not so obvious, might be that both are true. The fact remains that green energy is increasingly necessary and offshore wind is one of the solutions that are easiest to defend politically and economically, especially in countries with traditions for offshore activity. In some cases, offshore wind might just be good PR, but the fact remains that these PR projects do produce renewable energy is a bonus. Finally, the soaring seabed lease prices in the UK and elsewhere could ultimately fall on the consumer and decrease competition in the offshore wind market. Only those companies with deep pockets will in this case manage to remain in the game. Despite this, it might be appropriate to say that in some cases a facelift is not necessarily a bad thing.

Picture: Wind turbines in the North Sea during the inauguration of the first zone of an offshore wind farm in the North Sea, Wednesday 20 October 2021 in Oostende. © IMAGO / Belga 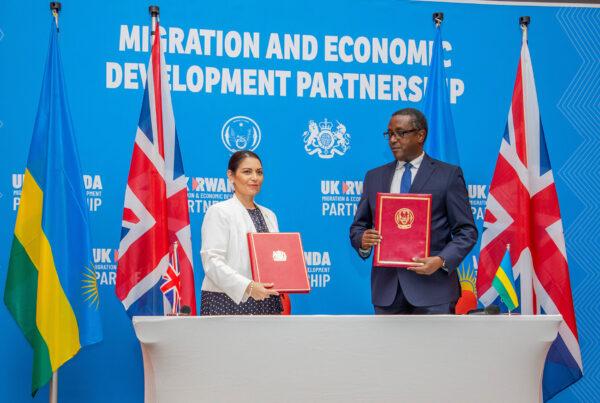