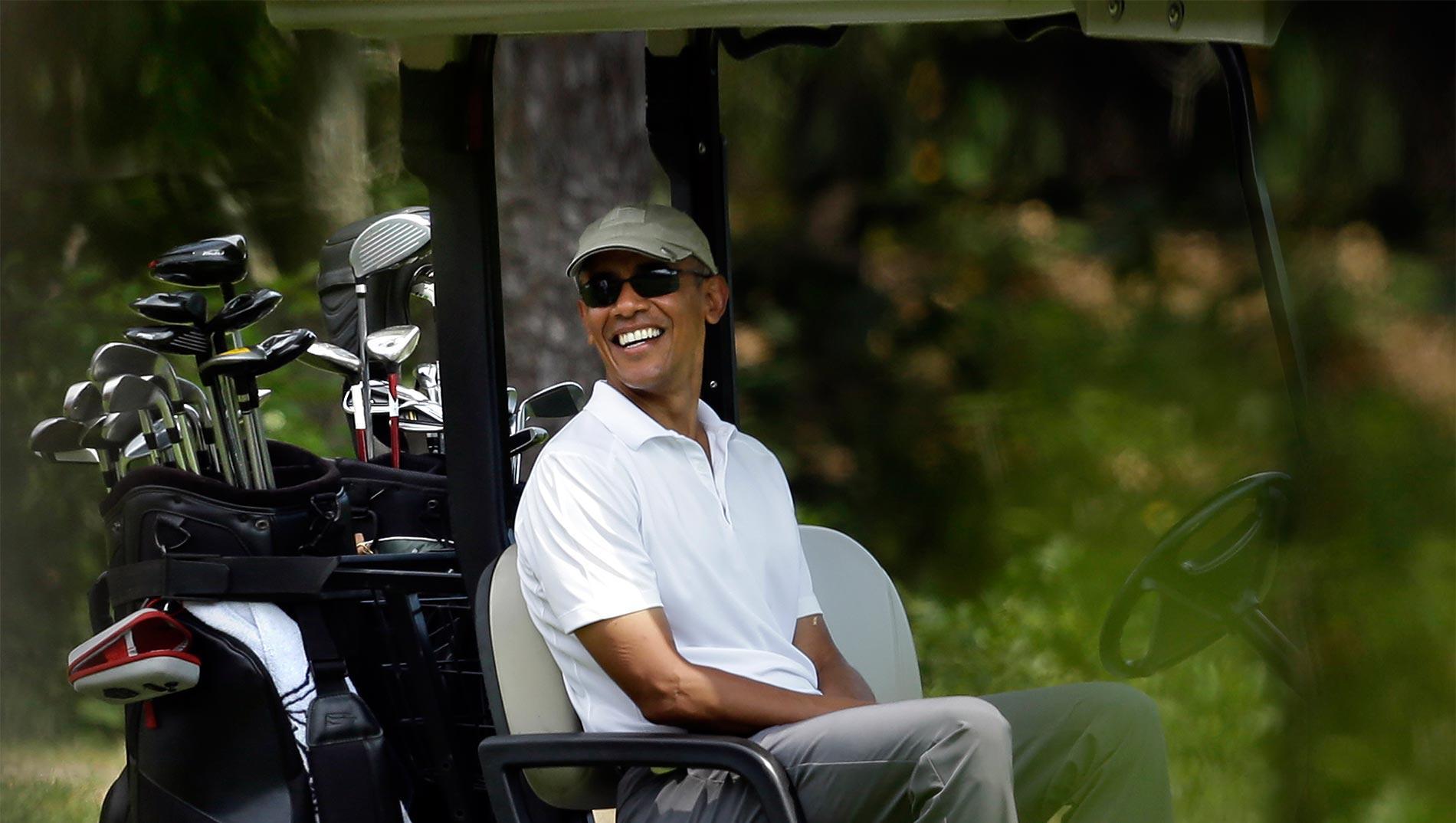 The crisis at the southern border of the US has largely been ignored by MSM and the Biden administration until the Governors of Texas and Florida decided to fly small numbers of these immigrants to so called sanctuary cities. After Florida’s Governor DeSantis sent 48 Venezuelan migrants to the lovely island of Martha’s Vineyard off the coast of Cape Cod, the liberal woke elites have taken notice, but refused to put any migrants up in their estates – former President Barrack Obama included. After declaring a state of emergency on the island and calling in the national guard, Martha’s Vineyard deported these immigrants to a military facility on the mainland. Not In My VineYard “NIMVY”!

An incredible number of migrants — 4.2 million — have flooded into small towns in Texas. El Paso has borne the brunt of this invasion, with one-third of all illegal immigrants ending up in and around this small town whose population is just under 680 000. Makeshift centers have been set up under a local highway overpass to deal with the surplus of the daily overflow of migrants – their intake center can ‘only’ handle 3400 migrants a day. Most of these illegal migrants are fleeing from Venezuela – a country devastated by US sanctions.

Since Biden took office in 2020, nearly 5 million illegal aliens have crossed the southern border– the largest influx in the history of the US. The 758 migrants who have died this year trying to cross into the US marks another all-time high.

In an NBC interview on 18 September, VP Kamala Harris stated that the border is “secure”. She blamed any issues at the southern border on former President Donald Trump. VP Harris was put in charge of the southern border 18 months ago and the Biden administration did not waste time reversing Trump’s effective border policies.

Party politics aside, securing a country’s borders is an integral part of national sovereignty. While Europeans are permitted to enter the country on an ESTA (Electronic System for Travel Authorization) for a period of maximum three months and then are officially reminded by US Border Patrol to leave – illegal immigrants have been flown and bussed to all parts of the US, never to be heard of again.

US Rep. Tony Gonzales (R-Texas), whose district covers part of the city of El Paso, gave up ‘talking’ with the White House on this issue a couple of months ago: “It’s a scene that you would see in a third-world country, not in the streets of El Paso…Everything that I’ve been told and every indication tells me that we haven’t seen the worst yet…  Just when you think [things] can’t get any worse, they get worse. “

The border crisis has become so overwhelming, that some high-profile Democrats are no longer following the party line. During a recent CNN interview with Fareed Zakaria, former President Bill Clinton agreed that something needed to be done to deal with the crisis on the US southern border. His wife Hillary does not share his opinion.

Democrat Gloria Romero, former leader of the Californian Democratic party, has called on the Whitehouse to solve the issue. Her editorial for the Daily Mail summed up what many in her party are silently thinking: “More than two million undocumented immigrants will be arrested trying to cross into the U.S. in 2022. And Democrats don’t bat an eye, …but fly 50 migrants to one of the wealthiest places in America, spotted with multi-million-dollar mansions, surrounded by the mega-yachts of the rich and famous and Democrats lose their minds?” Her tweet has gone viral: “It only took 50 brown people — without leaf blowers & mops — to expose the hypocrisy of the elite, woke @DNC ruling class. The previous 2 million didn’t count since they weren’t on their bubble of an island. So much for the claim that ‘diversity is our strength’@MichelleObama”.

Republican Governors are now taking matters into their own hands, flying migrants to so-called sanctuary cities such as Chicago, New York, Los Angeles and Washington. These cities and states are run by Democrats – all of which are unamused. New York has put up busloads of migrants in four-star inner-city hotels, and Governor Newsom has threatened to charge his Texas and Florida counterparts with kidnapping. Lori Lightfoot, mayor of Chicago, has called this practice ‘racist’. Hillary Clinton has called this ‘literally human trafficking’. Ironically, when the Biden administration was flying and busing illegal immigrants around the country under cover of darkness – no outcry was to be heard.

The situation became too much for the liberal elites to bear only when Florida Governor DeSantis flew 48 migrants to the exclusive island of Martha’s Vineyard, an island off the coast of Cape Cod in Massachusetts. A recent statement by DeSantis’ office stated that: “It is not the responsibility of Floridians to subsidize aliens to reside in our state unlawfully; we did not consent to Biden’s open-borders agenda”.

For the uninitiated, Martha’s Vinyard is home to many high-profile Democrats, such as former President Barrack Obama and his wife Michelle, singer James Taylor, actor-director Spike Lee, actress Meg Ryan, and comedian David Letterman. This idyllic vacation island voted overwhelmingly (77.7%) for Biden in the 2020 presidential elections. President Biden won in every town on the island. Cost of living on the island is 60% higher and housing prices are almost 100% higher than the national average.

NIMVY, a play on NIMBY (not in my backyard), stands for Not In My Vineyard. NIMVY best describes the reaction to the arrival of 48 Venezuelan migrants by the woke liberal elites with their sprawling estates. While several locals on the island called on President Obama to open up his 29-acre estate, purchased in 2019 and estimated at 12 million USD, to the migrants, Obama remained silent. In 2014 he stated that it is central “to the American way of life” to welcome immigrants “to our shores”. He obviously did not mean his shore on Martha’s Vineyard.

The island and its residents could not wait to remove these 48 illegal aliens, claiming they did not have enough beds, food and shelter. It took only 48 hours for the residents to arrange to have them flown to Joint Base Cape Cod, a major military base, after activating the national guard and declaring a humanitarian crisis for the island. Those who could ‘escape’ their deportation took the ferry to Woods Hole, Massachusetts in the hope of finding work and shelter. The reaction of the Vineyard natives is in stark contrast to their support for Biden’s border policies – NIMVY.

While the plight of the illegal migrants who flee countries such as Venezuela and Guatemala because of economic hardship is largely ignored, the residents of Martha’s Vineyard declared an island-wide emergency when 48 illegal immigrants show up. Martha’s Vineyard’s reaction is in stark contrast to the message on signs which many residents of the island had previously put on their properties, which read: ‘we stand with immigrants’ or ‘all are welcome here’. The island is one of the least diverse areas in the US and, considering the reaction of its residents, they intend to keep it this way.

This hypocrisy is not lost on the American public and highlights the lip service of the liberal woke elite, who support Biden’s border policy as long as it does not affect their way of life. They have made clear that NIMVY is what it is all about.

Picture: President Barack Obama smiles as he sits in a cart while golfing at Farm Neck Golf Club, in Oak Bluffs, Mass., on the island of Martha’s Vineyard. © Steven Senne / AP / picturedesk.com