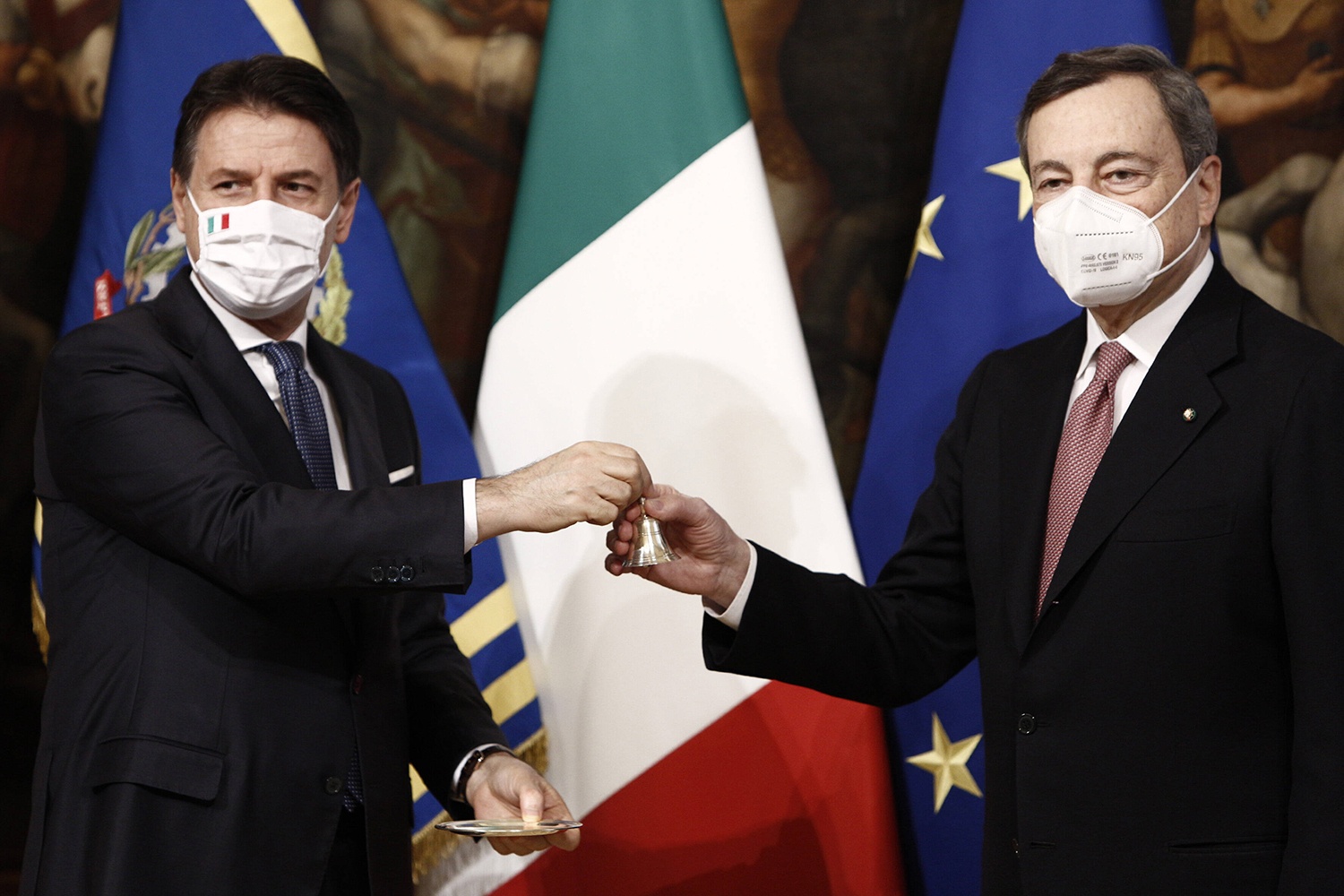 How To Get Away With A Government Crisis: Italy’s Cabinet’s Reshuffle In Times Of Pandemic

During the latest government crisis In Italy, Prime Minister Giuseppe Conte resigns and is replaced by Mario Draghi, former ECB President. Matteo Renzi and the supporters of a national unity government rejoice.

The Italian political system has always been known for its government’s instability, legislature’s unpredictability and parties’ polarization. Indeed, Italian executives have an average life span of fourteen months over a maximum of 5 years. Government coalitions change frequently, and new parties are born all the time in response to new parliamentary majorities. As a result, a Prime Minister often has to look out more for his coalition members than those of the opposition. Former PM Giuseppe Conte, who recently had to leave the office to Mario Draghi, knows something about this.

Conte was appointed Prime Minister on June 1, 2018, and initially led a government formed by the right-wing League and the populist Five Star Movement. Although he was a lawyer and university professor with no previous political experience, Conte managed to work his way through the many pitfalls facing every Italian PM. In particular, he oversaw his Cabinet’s restructuring in September 2019, when Matteo Salvini’s League quit the government coalition and was replaced by the center-left Democratic Party.

Nevertheless, Conte failed to keep his main rival at bay within the governing coalition, Matteo Renzi. Prime Minister from 2014 to 2016 and Chairman of the Democratic Party from 2013 to 2018, Renzi is undoubtedly one of the most skillful Italian politicians at the moment. He was the principal architect of the cabinet reshuffle in the summer of 2019. Taking advantage of the government crisis at that time, Renzi endorsed a new government majority composed of the Democratic Party and the Five Star Movement. Having succeeded in what he defined as a political masterpiece inspired by Machiavelli’s reading, Renzi became the government’s real kingmaker. Soon afterward, he abandoned his party and founded a new one, named Italia Viva, composed of his most loyal supporters. Thus, Renzi controlled two ministers and a critical number of senators necessary for the parliamentary majority.

However, once he had joined the government, Renzi continued to criticize Conte and the Five Star Movement openly. In particular, he underlined his perplexity about the government’s inability to present a credible financial plan to access the EU Recovery Plan. After weeks of ultimatums from both sides, Renzi finally made his move on January 12, when he had his ministers Bellanova and Bonetti abstain during the Council of Ministers. The day after, Renzi declared that his party had just withdrawn from the Cabinet, resulting in the government crisis. Without Renzi’s party, Conte no longer had a majority in the Senate where, incidentally, the margin was already thin.

For a week after the beginning of the crisis, the Democratic Party and the Five Star Movement tried to convince the so-called Gruppo Misto (composed of those MPs who had left their parties) to vote in favor of the government. At the same time, Conte himself made an appeal for responsibility to the liberal and socialist MPs who sat on the opposition benches. However, these initiatives failed to find another adequate majority. During the vote of confidence in the Senate on January 19, the government only managed to secure a meager, relative majority of 156 votes, while the absolute majority is 161. Nonetheless, such a result did not provide Conte with a working majority since the opposition parties controlled many key parliamentary commissions.

Against this background and well aware that his government might not win another vote of confidence, Conte resigned as Prime Minister before the President of the Republic Sergio Mattarella on January 26. As a result, according to standard practice, Mattarella entrusted the Speaker of the House Roberto Fico with the so-called “exploratory mandate” to conduct consultations with the political parties. However, only the Five Star Movement, the Democratic Party, and a small group of left-wing and centrist MPs expressed their support for a third government presided by Conte. On the contrary, all other parties favored either a government of national unity or new elections. Therefore, on February 2, Mattarella summoned Mario Draghi, the former ECB President, and officially tasked him with forming a new government.

All the pro-EU parties immediately met Mattarella’s choice of Draghi with approval by declaring their intention to support the new Prime Minister. Moreover, during the consultations between Draghi and the political parties, the leftist party Articolo Uno, the League and the Five Star Movement decided to support the new government too. As a result, on February 12, Draghi announced the formation of his new government.

It is still too early to determine the balance of power in the new government. In this regard, it will be necessary to wait, at least, for the choice of undersecretaries and vice-ministers, which will take place this week. However, it is already clear that the new Prime Minister Draghi’s job will not be at all easy. On the one hand, he must live up to the enormous expectations placed on him. On the other hand, he will have to keep a broad coalition government at bay whose political leaders will soon start to dispute again. Then, it will be time for the next government crisis.

Picture: The former Premier Giuseppe Conte and the new Premier Mario Draghi during the traditional ceremony of the bell for the handover between the former and the new Prime Minister. Rome Italy, February 13th 2021 Febbraio 2021. Matteo Minnella / Pool / Insidefoto SamanthaxZucchi © imago.images.de