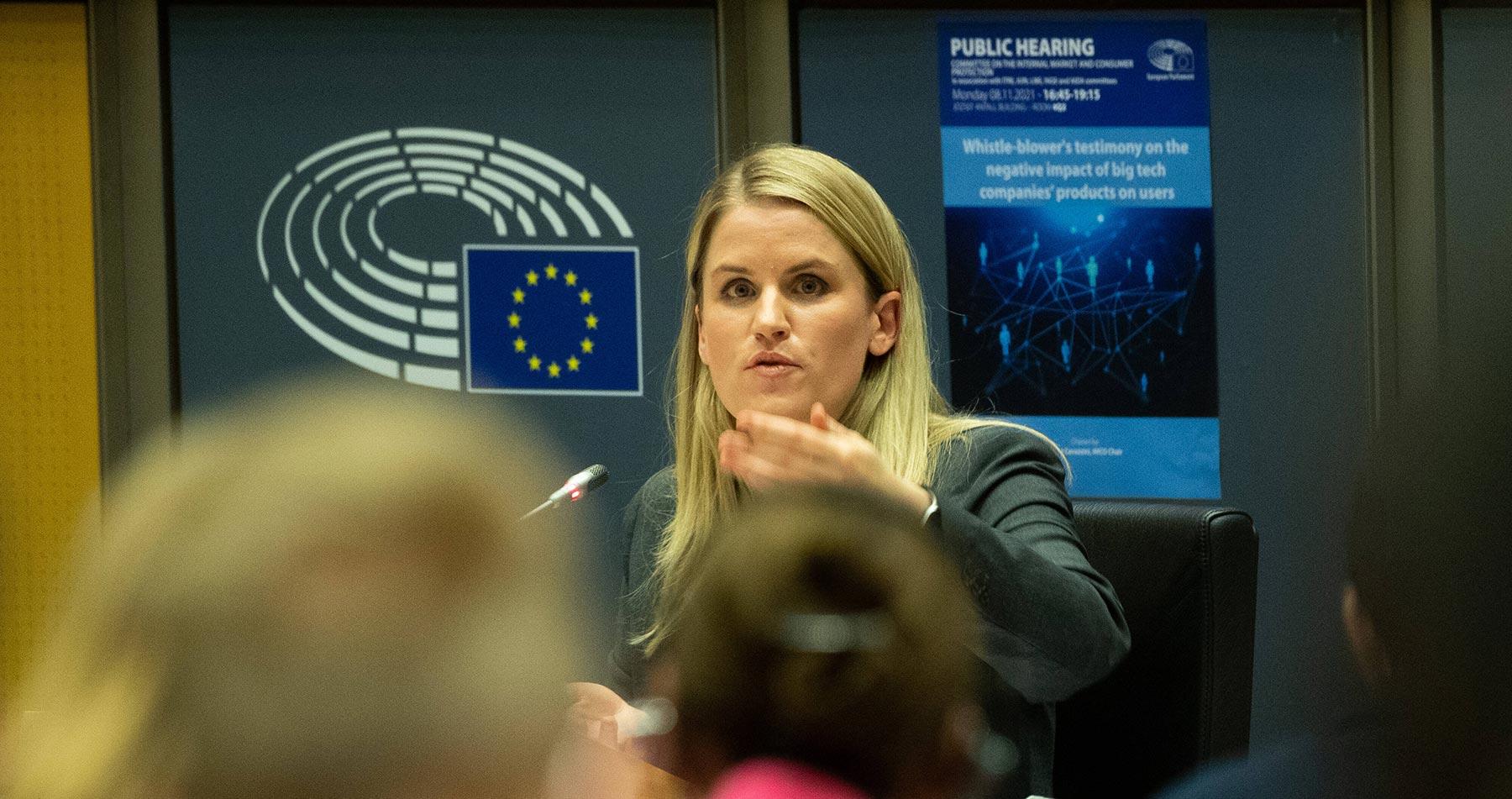 The EU’s Digital Services Act (DSA) will contain new rules for online service providers with the aim of making the internet a safer place for users. How will the DSA change the current relationship between Big Tech and its users?

The European Union’s Digital Services Act (DSA), which was introduced by the European Commission together with the Digital Markets Act (DMA) on 15 December 2020, is slowly advancing towards becoming EU law and strengthening the EU’s effort to police Big Tech. Most recently, the European Parliament overwhelmingly approved a draft of the DSA with some amendments on 20 January 2022. Negotiations are ongoing between the European Council and the Parliament about the final text of the DSA, but the law will likely pass at some point this year. In theory, the DSA should make the internet a safer place for users by promoting transparency, reducing exposure to harmful or illegal content and removing fraudulent goods and services.

According to the European Commission, “The Digital Services Act is a comprehensive set of new rules regulating the responsibilities of digital services that act as intermediaries within the EU to connect consumers with goods, services and content.” The Commission argues that the new rules will protect consumers’ rights online, require more transparency and accountability from online platforms, and foster innovation, growth and competitiveness within the single market.

While the DSA is aimed particularly at large companies such as Amazon, Facebook and Google, the new law would apply to all online intermediaries and platforms that operate in the EU, regardless of where they are based. This includes all online marketplaces, social networks, content-sharing platforms, app stores, and online travel and accommodation platforms. The EU has also made clear that “the obligations of different online players match their role, size and impact in the online ecosystem.” This can be seen in the EU’s decision to apply extra rules to “very large platforms,” which are those that have 45 million or more users (10% of EU population).

The new rules and regulations laid out in the DSA would require companies to make some major changes. For example, providers would be required to allow users to flag content or products that they feel are harmful or illegal. Moreover, users would be allowed to challenge a platform’s decision to remove their content, which should provide users with more agency and transparency in the content moderation process. Additionally, online marketplaces must keep track of or “trace” sellers that are trading on the platform and hold them accountable if they are found to be selling counterfeit goods.

Another important aspect of the DSA is increased transparency, especially for the very large platforms. Platforms such as Facebook, Twitter and YouTube would be required to be more transparent about the algorithms and artificial intelligence used for content and advertising aimed at the user. Various whistleblowers, such as Facebook’s Frances Haugen, have accused these Big Tech companies of allowing the algorithms to push harmful content on users. Crucially, users would now also have the option to refuse the platform’s request to use targeted advertising–the controversial tactic of tracking users’ behavior online and suggesting advertisements accordingly.

The Commission explains that large platforms will also have to provide researchers with access to critical data so that they can better understand the evolution of risks posed to users online. In addition, the EU Member States, the Commission, and a new European Board for Digital Services will carry out oversight and enforce the new rules.

In order to ensure that everyone obeys the new rules, the DSA prescribes potentially severe penalties for non-compliance. Failure to comply with obligations under the new law could result in providers being fined up to six percent of their annual turnover and periodic penalties of up to five percent of average daily turnover. To put this in perspective, six percent of Meta’s (Facebook) annual turnover for 2021 would be nearly USD 7.1 billion. Additionally, companies that provide incorrect, incomplete, or misleading information about the company’s practices and do not rectify this information or do not allow for on-site inspections can be fined up to one percent of annual turnover.

As is often the case with such sweeping and groundbreaking legislation, the DSA has received varying responses among important stakeholders. The proposed law continues to move through the Ordinary Legislative Procedure (OLP) in the EU with pretty widespread support. One of the leading Members of the European Parliament dealing with the DSA, Christel Schaldemose from Denmark, emphasized the need for the law: “Algorithms challenge our democracies by disseminating hatred and division, tech giants challenge our level playing field, and online marketplaces challenge our consumer protection standards and product safety. This has to stop. For this reason, we are building a new framework so that what is illegal offline is also illegal online.”

Cristiano Lima of The Washington Post reported that some members of the US Congress, such as Democratic Representative David Cicilline of Rhode Island, have introduced multiple bills that would create similar rules to the DSA and some bills that would establish even stricter rules. However, the gridlock that has plagued Congress for years continues, and Lima believes that the US will, therefore, continue to lag behind the EU in setting the rules for the internet.

While many lawmakers in Europe and some in the United States have been receptive to the DSA, some stakeholders are not entirely satisfied with the legislation. European Digital Rights, a network of NGOs, experts, advocates and academics advocating for digital rights in Europe, has criticized the DSA for being too strict in requiring platforms to remove flagged content. The group believes that the potential legal troubles will incentivize companies to “delete first, think later,” even if the content is not actually illegal. Furthermore, the Associated Press reported that Google and Meta (Facebook) were particularly opposed to the DSA’s banning of targeted advertising. Notably, the law no longer includes a full ban; it now allows users to opt out of this surveillance-based advertising while banning its use on children and the use of sensitive data to target vulnerable groups. Additional criticism of the DSA came from Facebook whistleblower Frances Haugen, who wrote an article imploring the EU to allow civil society organizations to assist with oversight of the platforms.

Although negotiations are still ongoing, the DSA will more than likely be passed later this year. As with nearly any law, there are those that believe it goes too far and those that believe it does not go far enough. Nonetheless, the DSA will require Big Tech to be more transparent and take a more active role in policing their platforms, which proponents of the law argue will make the internet a safer place for all users.