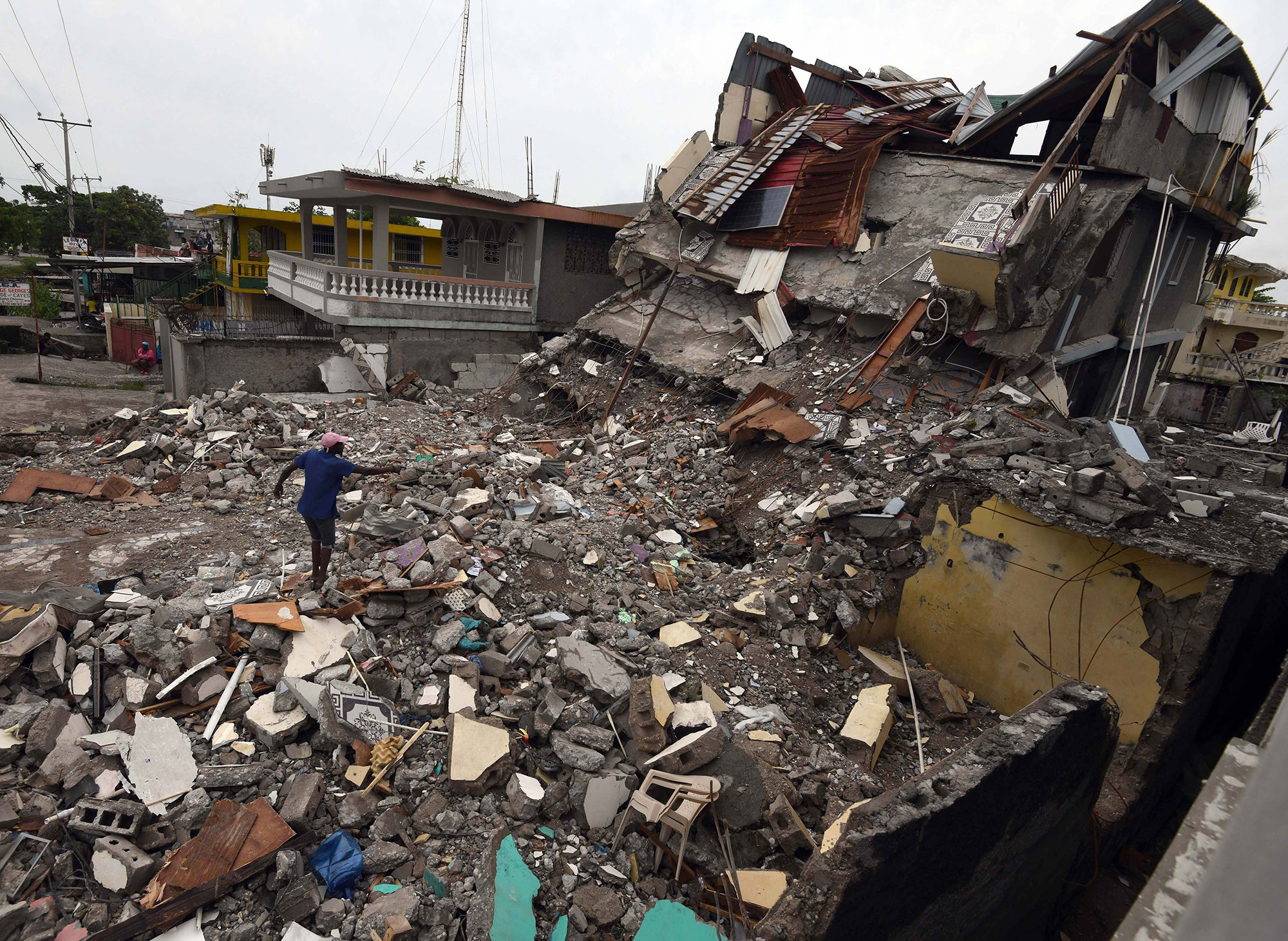 In recent months Haiti has faced the assassination of President Jovenel Moïse, a devastating earthquake, and Tropical Storm Grace. Haitian civil society argues that Haiti should independently rebuild its country, postpone the upcoming elections and form an inclusive interim government.

On 7 July 2021, Haiti plunged into a political crisis following the assassination of President Jovenel Moïse in Pétion-Ville. Just over a month later, Haiti was tragically struck by a massive 7.2 magnitude earthquake, followed by Tropical Storm Grace a couple of days later. This crisis on top of a disaster on top of a tragedy comes as Haiti is set to have elections on 7 November. Given the multiple catastrophes the country is currently facing, the Haitian government should heed the advice of its civil society leaders, postpone the election, and create a transitional government to solve some of the country’s underlying issues first.

In the years before his assassination, there was a dispute over how long Moïse would serve as president. The president claimed that he should serve for five years after taking office, as the Haitian constitution stipulates five-year terms for the president. However, the opposition believed his tenure should only last five years from when he would have taken office if the previous election had not required a rerun. This dispute resulted in widespread protests and calls for his resignation.

Following Moïse’s assassination, another political dispute erupted over who the rightful Prime Minister of the country was. Moïse had appointed Ariel Henry for the position shortly before dying, but Henry had not been sworn in before Moïse’s death. In the aftermath of the assassination, Claude Joseph assumed the role of Interim Prime Minister with the backing of the US, despite Henry’s claim that he was the rightful Prime Minister. After the initial dispute, Henry ceded the position to Joseph, saying that he disagreed with the outcome but did not want to create any more issues for Haiti. Subsequently, the Haitian Senate attempted to appoint Henry Prime Minister, but Joseph rejected the attempt. Following some pressure from the international community, Joseph eventually decided to relinquish his position to Henry, and Henry is now serving as the country’s Prime Minister.

As these two cases highlight, the politics of Haiti can be very confusing, corrupt, and chaotic. As one of the poorest countries in the Americas, the politics are often also affected by large countries such as the United States which provide economic assistance to the nation, including for elections.

In the initial aftermath of the assassination of Moïse, the United States and the international community said that they support Haiti moving forward with elections this year. However, civil society leaders have said that this would be detrimental to the country.

Democratic elections are something that many civil society organizations fiercely advocate, so why are they now asking for Haiti not to hold an election?

In an interview with Vox, Rosy Auguste Ducena, a lawyer and human rights defender with the Haiti-based National Network for the Defense of Human Rights, said, “In general, the international community and the US should just let us figure out our problems and solutions. This is not only a question of who’s going to be in charge of the country. It’s about corruption. It’s about fixing key state institutions that are not working.”

Ms. Auguste Ducena believes that Haiti should install a transitional government, perhaps even for a few years, to deal with the underlying issues, including corruption, security, the judiciary system and the police force.

Auguste Ducena is not the only person who feels this way. Father Yves Geffrard, coordinator of the Haitian Apostolate for the Diocese of Palm Beach and a board member for the National Haitian Apostolate in the United States also argues for a transitional government.

In an article in The Haitian Times on 12 August, Geffrard wrote, “What Haiti needs right now is a broad, inclusive, transitional government that incorporates and has the support of civil society.” He argues that instead of a president leading the country, the government should be formed by the various civil society sectors with direction from Haitian leaders.

Like Auguste Ducena, Geffrard says Haiti’s underlying problems must be solved by the transitional government before holding elections. He writes, “Such an approach would have the virtue of creating a climate of relaxation and conviviality among the different social strata, reviving production and the national economy, encouraging the creation of jobs and wealth. Then, they could form a Permanent Electoral Council to organize the elections.”

Both of these leaders held this opinion before Haiti was struck by two natural disasters that have tragically claimed the lives of over 2 000 people and counting. Now, Haiti and the international community are no longer focused on the upcoming elections and uncertainties with Haiti’s government but rather on saving the lives and livelihoods of those affected by the earthquake and tropical storm.

If civil society groups felt that Haiti was not ready for elections prior to this devastation, then one would assume that their confidence in the capability of the government to conduct elections has only decreased. Likewise, following the disasters, the United States is no longer advocating for elections this year but instead for “as soon as is viable.”

As Haiti rebuilds from the destruction of the earthquake, likely with help from the United States and international community, it is crucial that the Haitian government, the US and others listen to the people of Haiti. Civil society leaders are clearly saying that the country needs to rebuild its institutions before they can hold free and fair elections that the people of Haiti will actually trust. The US and the international community must aid Haiti in rebuilding the country’s infrastructure, but they must also heed civil society’s requests and let the Haitian people independently rebuild their system of government.