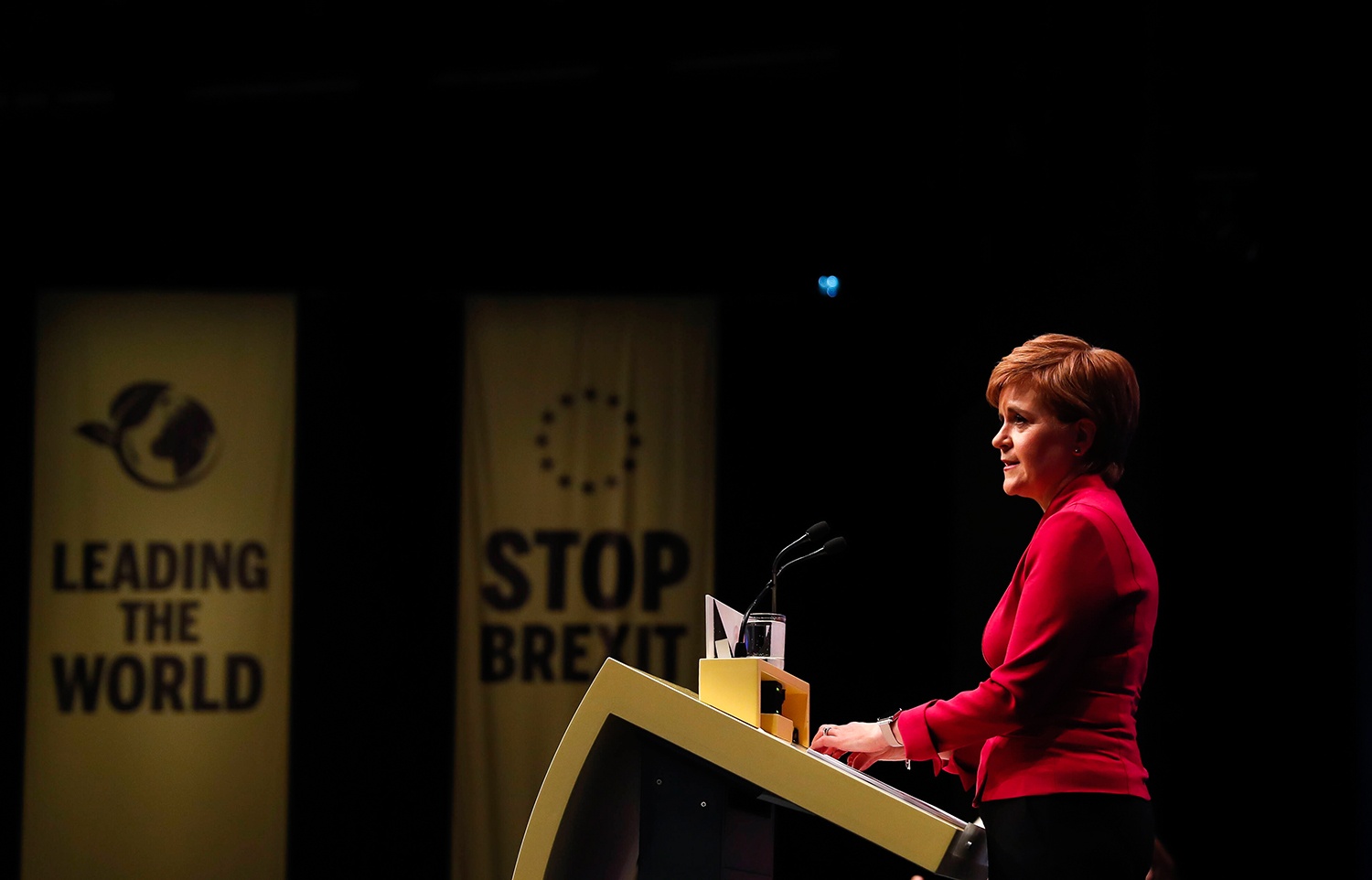 Breaking Up? Scottish Elections And The Prospects For Independence

On 6 May 2021, Scottish voters elect a new parliament in Edinburgh. Even if the ruling Scottish National Party can expect wide support for its agenda, the road to independence is long and winding.

It was a mild autumn evening in 2015 when Alyn Smith, at the time MEP for the Scottish National Party (SNP), was invited to debate with a small group of students at the renowned Sciences Po University in Paris. A year earlier, Scots voted against Scottish independence. A year later, the UK voted to leave the EU.

Smith was requested to speak about Scotland’s perspective on the upcoming Brexit referendum. Far from seeing the independence question as settled, he predicted that Scottish voters would be strongly in favour of EU membership (they were). If Brexit really happened (it did) it would be, in his words, a “game changer” for the Scottish independence movement.

More than five years later and with the costs of Brexit evident, the game could be changed substantially indeed. On 6 May 2021, voters are called to the polls in Scotland’s parliamentary elections. The leader of the SNP and current First Minister Nicola Sturgeon insists that she will interpret a strong outcome for her party as popular support for a second independence referendum.

She may get her way. On the one hand, it is exactly the man who spearheaded the Brexit campaign, Boris Johnson, who now occupies 10 Downing Street as UK Prime Minister. Unsurprisingly, Scots are less than enthused about him. His popularity north of the English border is such that even the Scottish Conservative Party seems to avoid his presence in the ongoing election campaign.

Moreover, Brexit is only one part of the equation. Covid-19 is another. Sturgeon has consistently been regarded as more equipped in handling the pandemic than Johnson, even if the severity of the crisis is similar across England and Scotland. She has been likened to Angela Merkel and Jacinda Ardern, he to Donald Trump. As a result, 2020 witnessed the most continuous support for Scottish independence ever recorded.

Behind the scenes, the Scottish government has intensified its relations with foreign states. During the past months, Scotland continues to expand its network of shadow embassies in key European cities such as Berlin and Copenhagen, in addition to existing offices in Brussels and Paris. The aim is to generate support for Scotland’s EU membership once – or if – the country becomes independent.

With these factors playing into the nationalists’ hands, are we likely to see an independent Scotland after the elections? It is not impossible. Yet, even if Sturgeon’s SNP manages to defend its strong position on 6 May 2021, as everyone expects it will, the road to independence is long and winding.

Above all, Scotland has no legal right to call another independence referendum unilaterally. The British government in London needs to grant it, and Johnson has made it clear that he has no intention to do so. His refusal has attracted criticism from senior political figures for creating a union between the British nations built merely on law rather than consent. Ultimately, however, it is Johnson’s call.

In a sense, it would be ironic if he does grant a referendum. After all, he was once the Conservative party leader who talked the overconfident opposition parties in Westminster into early elections, losing them crucial seats and handing him a comfortable governing majority in the Commons. Could he be equally overconfident in his ability to keep England and Scotland together and give way to a referendum?

In any case, contempt for Boris Johnson alone does not translate into a majority for an independent Scotland. In fact, support for independence has dropped in the first months of 2021 in the face of a successful vaccine rollout by the UK government. Hence, even if Edinburgh can convince London to grant another referendum – a big if – a majority for independence is far from certain.

Key issues, such as the questions of currency, trade with England, the post-oil economy, and the path into the EU will require extensive public debate just like in 2014. To win a potential second referendum, the SNP must win over the hearts and minds of the Scottish people.

Off the record, some in Scotland say that time will favour the SNP’s cause. As younger voters are more likely to support independence than older population groups, demographic shifts should ensure a majority for an independent Scotland over the coming years. However, Sturgeon has certainly realised the momentum of Brexit and Covid.

When will a highly controversial UK Prime Minister, a collapse in trade due to Brexit, and disastrous crisis management in London ever coincide again? The SNP has been waiting many years for such a constellation, but the recent fall in support for independence and Boris Johnson’s view on another referendum both prove adamant.

It is a dilemma for the SNP that even a victory on May 6 is unlikely to resolve.

Picture: Scotland s First Minister and the Scottish National Party (SNP) leader Nicola Sturgeon gives a speech at the SNP annual conference 2019 in Aberdeen, Scotland, Britain on Oct. 15, 2019. Sturgeon said on Tuesday that an independent Scotland could act as a bridge between the European Union (EU) and the United Kingdom and be a magnet for global investment. © IMAGO / Xinhua