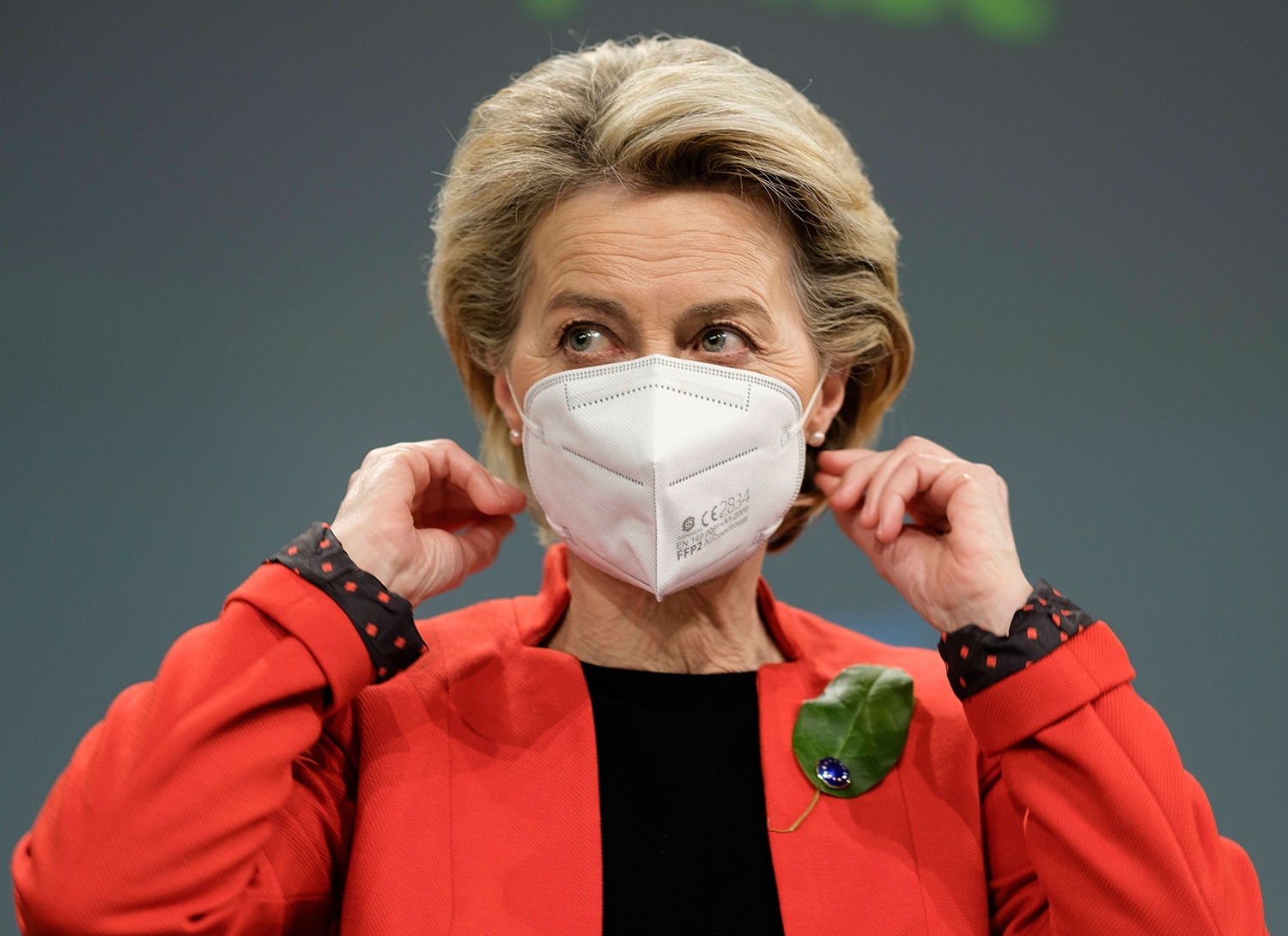 The EU’s politicization of vaccine procurement and distribution is costing lives and livelihoods. The European Medicine Agency’s handling of Sputnik V is no exception to this. Saving lives should take priority over VAX-Wars. Member States are now taking matters into their own hands.

As the pandemic drags on and Europe remains in lockdown, the EU’s handling of vaccine procurement and distribution is coming under increasing pressure. The EU Vaccine Strategy, released on 17 June 2020, presented the EU’s decision to pursue a common approach to securing and distributing vaccines for member states. As a key objective of this common EU Vaccine Strategy was “securing timely access to vaccines for Member States and their populations while leading the global solidarity effort,” the comparatively low European vaccination rates 10 months into that strategy indicate that it has not succeeded. According to the European Center for Disease Prevention, only 24% of adults in the EU and the EEA have received at least one vaccine. The EU Commission in Brussels, led by Ursula von der Leyen, took the lead and failed, thereby losing valuable time in the fight against the pandemic.

Vaccines have been politicized. Decisions made by the EU Commission show that geopolitical alliances and punitive policies against Russia are more important than fighting the pandemic and saving lives. While the EU Internal Market Commissioner, in an interview on 21 March 2021 with Tf1 television, stated categorically that: “We have absolutely no need of Sputnik V,” individual EU Member States with insufficient vaccine supplies purchasing the Russian vaccine, Sputnik V, would suggest otherwise. Austria has purchased one million doses of Sputnik V, conditional on its approval by the European Medicines Agency (EMA). Hungary has approved Sputnik V and purchased over two million doses.  Germany is in the final stages of purchasing up to 30 million Sputnik V doses. In some instances, purchase of Sputnik V has had negative political consequences for those involved, as Slovakia’s Prime Minister was forced to resign after securing 2 million doses of Sputnik V.

The U.S. Food and Drug Administration (FDA) took 21 days to approve the emergency use of the Pfizer Biontech vaccine and 18 days to approve Moderna. In comparison, the EMA took 31 days to approve Pfizer Biontech and 36 for the Moderna vaccine. While Astra Zeneca (now rebranded Vaxzevria) never received emergency approval from the FDA, the EMA approved Astra Zeneca for EU-wide use on 29 January 2021. Considering the severe side-effects of Astra Zeneca leading to the deaths of at least 19 persons in the EU alone, the relatively speedy authorization by the EMA remains controversial, especially as some EU countries have suspended the use of the Astra Zeneca vaccine.  On 26 April the EU Commission announced its decision to sue Astra Zeneca over its failure to deliver.

The first COVID-19 vaccine, Sputnik V, was developed by the Gamaleya Research Institute of Epidemiology and Microbiology in Moscow, financed by the Russian Direct Investment Fund (RDIF) and registered in Russia on 11 August 2020. This vaccine has been approved for use in 60 countries. India alone purchased over 100 million doses of Sputnik V and four Indian companies are licensed to produce 852 million doses per year of the vaccine.  Sputnik V is an affordable vaccine and Russia could export 700 million doses of the vaccine in 2021 alone.

Russia is offering the free transfer of Sputnik V technology to any other country willing to produce it, and many countries such as Brazil, Mexico and the Republic of Korea wish to do so. Argentina is starting production of Sputnik V and, in addition to Argentina, Hungary, Mexico, the Philippines and other countries have made Sputnik V their vaccine of choice. Russia has licensed the production of Sputnik V to various Chinese companies, amounting to 160 million doses of the vaccine per year. Western vaccine producers, by comparison, have made no offer of free technology transfer and their mRNA vaccines are significantly more expensive and generally more difficult to store and transfer.

The efficacy of Sputnik V has been established. An article published in the renowned journal The Lancet on 2 February 2021 confirmed that the “[v]accine efficacy, based on the numbers of confirmed COVID-19 cases from 21 days after the first dose of vaccine, is reported as 91.6 % …and the suggested lessening of disease severity after one dose is particularly encouraging for current dose-sparing strategies.” So why has the EMA still not approved Sputnik V?

The EMA has been slow to process the Sputnik V application, which Russia submitted on 20 January 2021 to the Heads of Medicines Agencies (HMA). Instead of processing the application quickly, a disagreement between the EMA and Russia ensued on whether the application for approval was submitted to the correct agency.  The EMA issued an official statement on February 10 that it had “to date not received an application for a rolling review or a marketing authorization for the …  Sputnik V vaccine (Gam-COVID-Vac), despite reports stating the opposite.” Although the EMA is a member of the HMA, formalities held up the initiation of the EMA’s rolling review, which was only initiated on 4 March. To date no decision regarding the approval of Sputnik V has been made.

Yet the EMA works expeditiously when it so chooses. On 11 March 2021 the EU granted a conditional marketing authorization for the Johnson & Johnson COVID-19 vaccine, Janssen. Despite the FDA’s suspending Janssen’s use on 13 April because of blood clot complications associated with the vaccine, the EMA’s prompt re-evaluation resulted only in an update of the product information on 21 April. The FDA only lifted its recommended pause on the Janssen vaccine after a thorough safety review on 23 April.

While Sputnik V has protected the lives of millions worldwide, some in the West are accusing Russia of using the vaccine as a “tool of soft power.” In a recent article by the BBC (17 April) on how Sputnik V is “dividing” Europe, an unnamed eastern European diplomat is on record as saying: “This [Sputnik V] is potentially the most powerful tool of soft power that Moscow has had in its hands for generations.”

The EU’s decision to purchase an additional 1.8 billion doses of the Pfizer vaccine through 2023 cannot undo the damage of the failed EU Vaccine Strategy. COVID-19 has affected the lives and livelihoods of millions of Europeans, who depend on EU bureaucrats to implement EU vaccine policies in an objective, timely and efficient manner. But EU vaccine policies, approvals and purchases have succumbed to the politicization of the VAX-Wars.

Picture: European Commission President Ursula von der Leyen addresses the media about the covid-19 passport at the Berlaymont, the headquarters of the European Commission, on March 17, 2021 in Brussels, Belgium. Today, the European Commission is proposing to create a digital green certificate to facilitate safe and free movement within the EU during the COVID-19 pandemic. The digital green certificate will be proof that a person has been vaccinated against COVID-19, tested negative or recovered from COVID-19. It will be available, free of charge, in digital or paper format. It will include a QR code to ensure the security and authenticity of the certificate. © imago-images.de /Le Pictorium