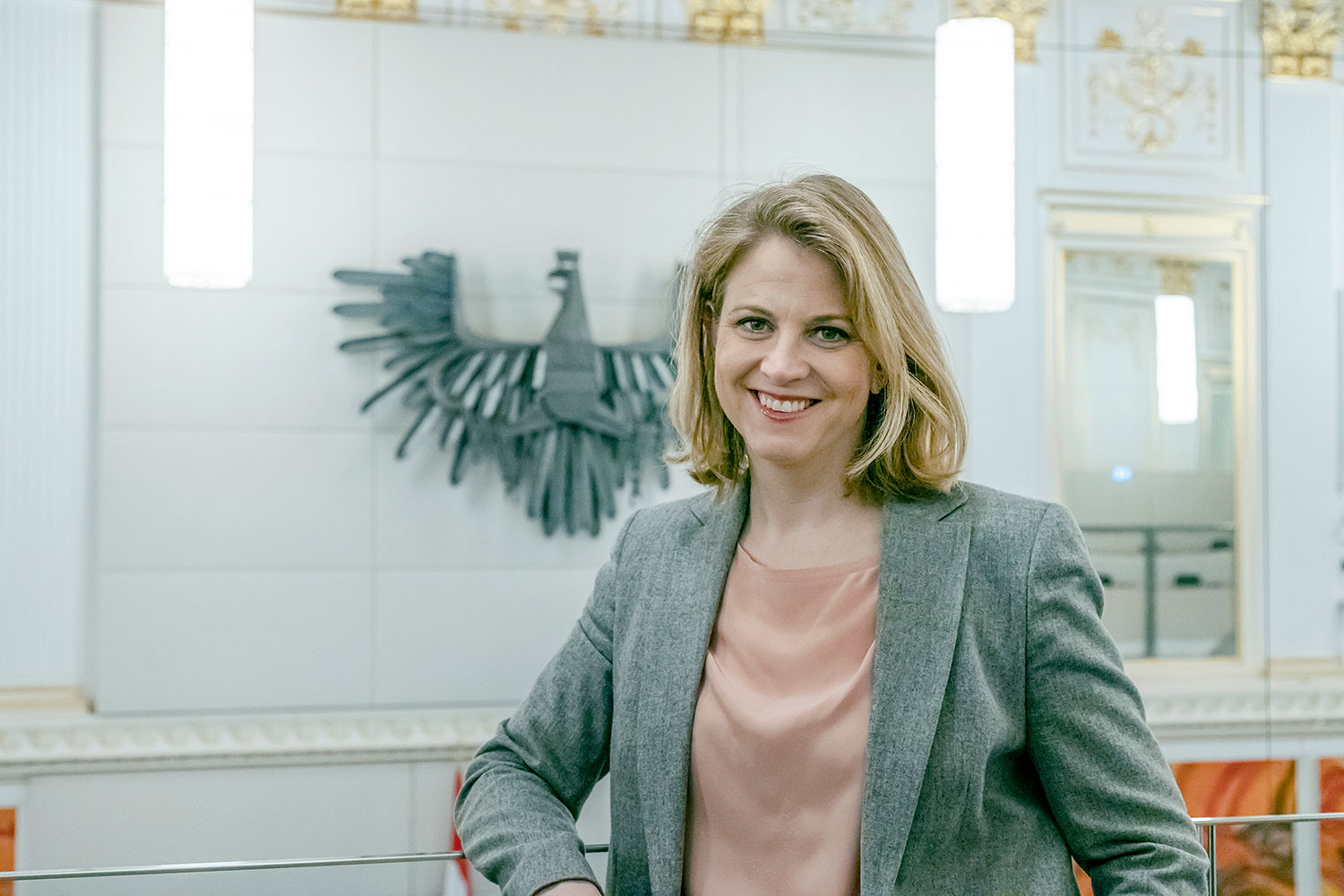 Beate Meinl-Reisinger, head of Austria’s NEOS party, on how the NEOS would have taken Austria through the COVID-19 crisis, how the NEOS suggest opening up the economy after the lockdown and how big-tech needs EU-wide regulation and taxation.

Beate Meinl-Reisinger, head of Austria’s NEOS party, gave an exclusive interview to iGlobenews on 8 May 2021. The interview focused on the NEOS response to past COVID measures, their position on current COVID-related issues and their proposals for reopening Austria.

The NEOS was formed in 2012 by mainly former supporters of Austria’s ruling People’s Party (ÖVP). They defined themselves as a new, young alternative to the old party structures of the ÖVP. Almost ten years into their existence, they have an impressive political track record. They have won seats in 6 of 9 Austrian state legislative bodies and have formed governing coalitions in Vienna with the Social Democrats (SPÖ) and in Salzburg with the ÖVP and the Green Party. Meinl-Reisinger replaced Matthias Strolz as leader of the NEOS in 2018. She also is the head of the NEOS parliamentary faction in Austria’s National Assembly.

Since January 2021 people have demonstrated against the government’s lockdown restrictions. How to deal with these demonstrations has and continues to be a central issue not only for Vienna’s local government, but for the police. The dichotomy between an individual person’s constitutional right to demonstrate and the protection of the general public from serious infection has divided the political landscape. Meinl-Reisinger sees the balancing act between these two fundamental rights as necessary and is of the opinion that demonstrations should be allowed, especially during a pandemic. She believes that instead of shutting down demonstrations, the police should de-escalate and set clear rules for demonstrators, which may have stopped Austria’s right-wing party, the FPÖ, from turning these demonstrations into political rallies.

When asked about the approaching opening of Vienna on 19 May, she said: “I think it is also very necessary, I think the society needs it, the education system needs it, the young people need it, also the economy needs [it].” Locking down the economy is no longer an option. Mass testing systems enable a safe opening up of the economy. The NEOS supported the recent amendments to the relevant laws enabling easier access to restaurants, cultural centers and sports facilities. A negative COVID test is no longer required to enter these facilities three weeks after receiving the first vaccine.

The Digital Green Certificate, which the EU Commission introduced 17 March 2021, will serve as proof of vaccination, negative testing or COVID recovery. This Certificate or Pass will be available in digital or paper form and include a QR code. Austria’s Chancellor Kurz is advocating this Digital Green Pass. Meinl-Reisinger supports this idea, although she stressed that Austria lags behind in digitalization and data protection remains a key issue for the NEOS.

Meinl-Reisinger remains very critical of the government’s handling of the COVID crisis. She is especially critical of the Green Party, which is governing alongside the ÖVP: Instead of championing constitutional rights, they have rationalized the government’s actions by referring to moral values-a concept which does not exist in Austria’s constitution.

Had NEOS been in charge, the vaccine distribution plan would have already been in place by the time Austria received its first doses in January 2021. This would have been achieved by using the newly created centralized social security system, ordering all possible vaccines allocated by the EU and not focusing on Astra Zenaca. Meinl-Reisinger argues against the government’s decentralized plan to distribute the vaccines. In her opinion, the NEOS centralized distribution plan, which would have left the entire organization and control with the federal government, would have been far more effective. Although the vaccination program is now well under way in Austria, the government, according to Meinl-Reisinger, has lost the people’s trust.

When asked how more health care workers and teachers could be enticed to receive the jab, Meinl-Reisinger advocates a behavioral economic approach by offering incentives. She reflects the sentiments of many Austrians by voicing her disbelief at how many health care workers refused the jab, despite their first-hand knowledge of the serious effects of COVID. In Austria approximately 60 percent of this group received the vaccine.

In terms of the ongoing discussion regarding the lifting of intellectual property (IP) rights, Meinl-Reisinger stated that she does not support President Joe Biden’s suggestion to temporarily lift IP rights on vaccines and advocates instead for the licensing of vaccines. She emphasized that protecting IP rights leads to innovation and risk-taking for companies and investors.

Moving forward, the NEOS advocates a new approach to government spending which would strengthen Austria’s innovative potential and reduce ancillary wage costs. Meinl-Reisinger does not believe that the economy will come back in many areas: Instead, the NEOS advocate a “restart” of the economy to create new jobs. Policies to achieve this goal would include: the introduction of a new insolvency law along the lines of Chapter 11; focusing on education and research; and the reduction of taxes and red tape for businesses. She supports the recent proposal of a Green New Deal for Austria.

The NEOS are a strong pro-EU party. In the future, she hopes that the EU will finally move together and speak with one voice. Compared to other major global actors, the EU too often neglects to push for its own interests. The EU needs to effectively regulate and tax big-tech companies. Competition law can serve as a basis for this reform.

The NEOS have not decided whether to nominate their own candidate for Austria’s 2022 presidential election or to support the incumbent and former Green Party member, Alexander van der Bellen. 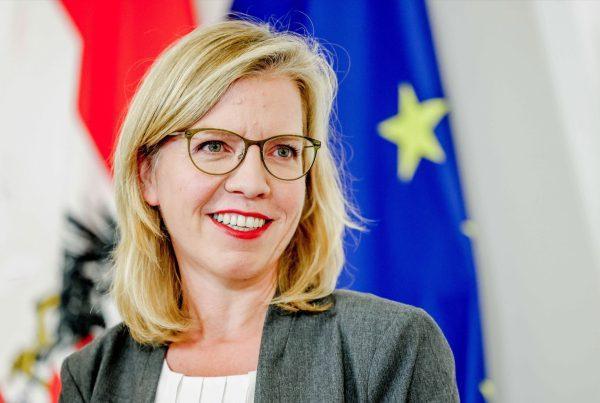