What can be done about migration?

Amidst the COVID-19 pandemic, the number of migrants attempting to cross the Mediterranean has declined, however new and concerning trends and patterns have been revealed. Are the EU’s measures actually sufficient to stop migrant deaths at sea, or does the EU simply push the issue somewhere else?

EU Border Strategy Might Do More to Redirect Migrants Than To Stop Them.

Regardless of one’s opinion on the correct response to migration, everyone can agree that the large number of annual deaths of migrants attempting to cross the Mediterranean Sea to reach the EU is a tragedy that must be avoided. Recently, many migrants have embarked on even more dangerous voyages than before, largely organized by international gangs of human traffickers. In the absence of a sufficient multilateral solution on behalf of the international community, countries on both sides of the Mediterranean have found it necessary to find other ways to put a stop to these migrant crossings. However, these efforts might prove to be the equivalent of a child shoving dirty clothes under the bed.

The International Organization for Migration (IOM) reported on October 19 that some 699 people had lost their lives in the Mediterranean so far in 2020. The majority of these deaths happened during attempted crossings to Italy or Malta from Algeria, Tunisia, and Libya. It should be noted, however, that the IOM strongly states that their numbers are conservative estimates as the lack of accurate and full data on migrant flows and fatalities has rendered their estimates uncertain.

Although migrant crossings have decreased quite significantly in 2020 compared to recent years, one worrisome development was reported by the Spanish Interior Ministry recently: Migrant arrivals to the Canary Islands from western Africa have increased by more than five times from previous years. The Canaries are situated roughly 100 kilometers from Africa’s west coast at the closest point, requiring a highly perilous journey across the Atlantic Ocean to get there.

On October 8, 2020, the Senegalese navy, in coordination with a Spanish vessel from the EU’s Border and Coast Guard Agency, more commonly known as Frontex, picked up some 186 people aboard two wooden canoes that were attempting to cross more than 1500 km of ocean to reach the Canaries. On October 27, another attempted crossing off the coast of Senegal ended in tragedy, as a vessel carrying as many as 200 migrants sank, 51 of which were rescued. The level of desperation needed to embark on such a voyage is indisputably extreme, while the odds of surviving the journey without being picked up by patrols are slim.

In all likelihood, the increased use of this route is the result of a significant strengthening of maritime patrols and security measures in the Mediterranean by countries in North Africa and the Middle East in cooperation with EU member states through the EU4BorderSecurity project.

This project, which is implemented by Frontex, has the main purpose of enhancing border security in the EU’s “Southern Neighborhood” (Algeria, Egypt, Israel, Jordan, Lebanon, Libya, Morocco, Palestine, Syria, and Tunisia). It does this through the establishment of stronger bilateral and regional co-operation and coordination.

One of the main goals of the EU4BorderSecurity project in this “Southern Neighbourhood” is to increase these countries’ capacity to strengthen and maintain border security in the region. A recurring argument highlighting the importance of stronger border security cooperation is that such cooperation is essential in the fight against international crime and irregular migration.

On October 15, the IOM and Frontex organized a webinar with that exact focus, highlighting the importance of providing border guards with specific training to combat human trafficking. This was the first of several planned events aiming to counter international organized crime and human trafficking in the MENA region as stopping the criminal networks that organize voyages across the Mediterranean has repeatedly been identified as one of the main steps towards stopping the myriad deaths during attempted crossings.

However, returning to the Senegalese coast, which is outside of the EU’s “Southern Neighbourhood”, it is apparent that the desperation of many migrants to reach the EU and the ruthlessness of the criminal organizations that organize these voyages are not so easily curbed.

If the improvement of border security in the MENA region mainly serves to push the issue somewhere else and increases the danger that migrants are exposed to, one could argue that the EU’s approach is misguided. Perhaps, the focus should shift from trying to stop migrants from reaching the EU and rather be aimed at identifying and fixing the root causes of migration and ensuring the safety of migrants. In the end, human lives are at stake, and preventing deaths should undeniably take precedence. 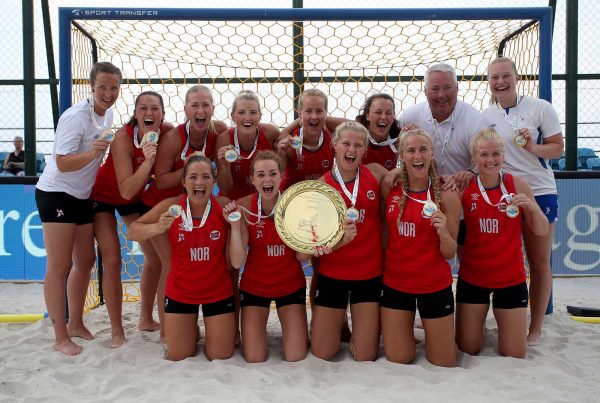 Rebelling Against Sexism: Can The Norwegian Handball Association Improve Conditions For Female Athletes?

You can find out more about which cookies we are using or switch them off in settings.

This website uses cookies so that we can provide you with the best user experience possible. Cookie information is stored in your browser and performs functions such as recognising you when you return to our website and helping our team to understand which sections of the website you find most interesting and useful.

Strictly Necessary Cookie should be enabled at all times so that we can save your preferences for cookie settings.

This website uses WP-Piwik to collect anonymous information such as the number of visitors to the site, and the most popular pages.

Please enable Strictly Necessary Cookies first so that we can save your preferences!