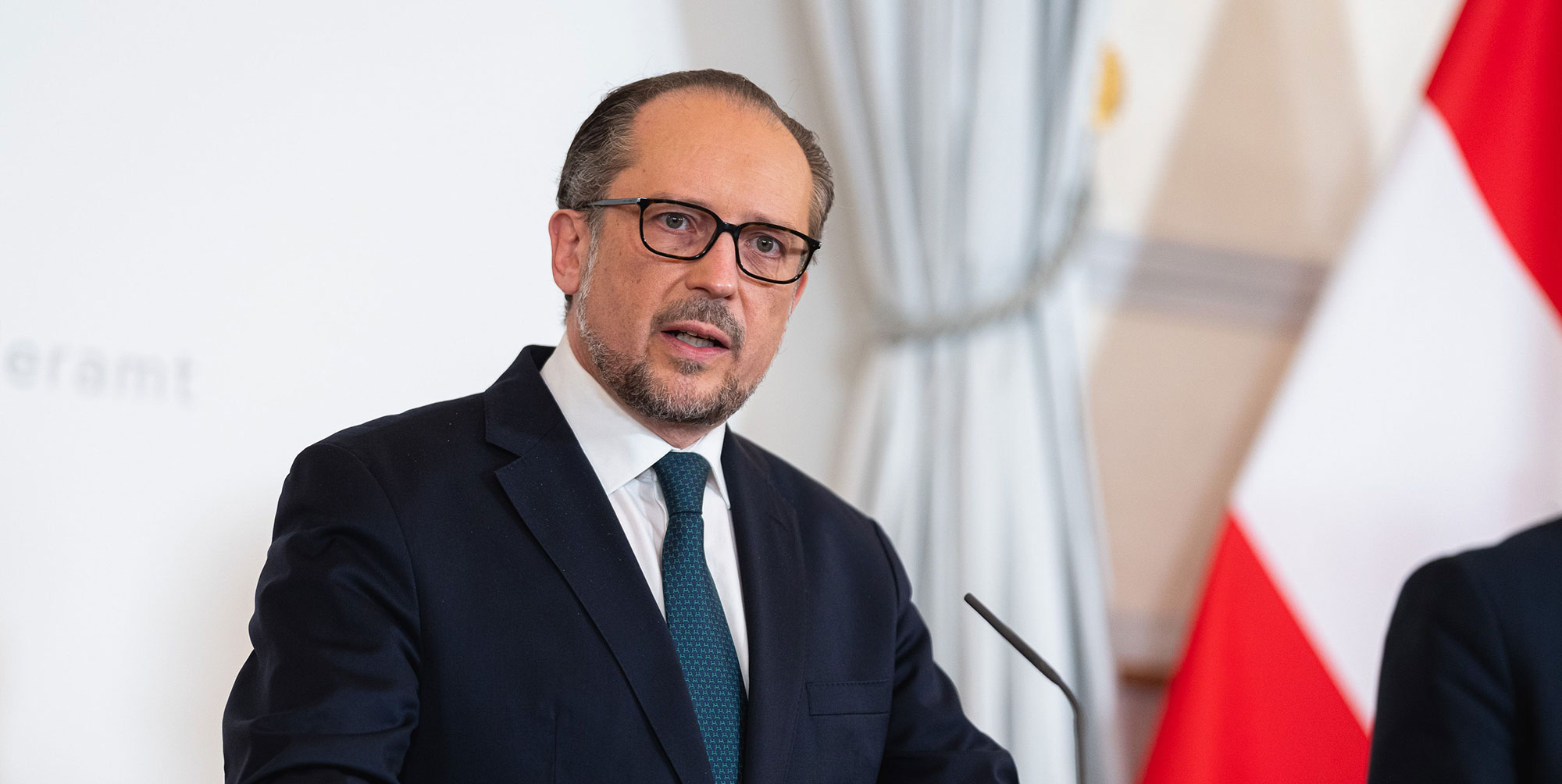 2G OR NOT TO 2G? Austria’s Lockdown Of The Unvaccinated – Worldwide First

In an effort to break the fourth Covid wave, Austrian Chancellor Alexander Schallenberg has announced a nationwide lockdown for the unvaccinated initially for 10 days. Austria’s progress on vaccine rollout stalled at around 61% before mandating 3G at the workplace and 2G for restaurants and events. People are now lining up for the jab. The government hopes that the targeted lockdown will further increase vaccination rates and stop the exponential spread of Covid.

In a final bid to avoid a nationwide fourth lockdown Austrian Chancellor Alexander Schallenberg of the Austrian People’s Party (ÖVP) has taken matters into his own hands and announced a nationwide lockdown of the unvaccinated on 14 November, a worldwide first. The reason for this extraordinary measure was primarily to increase the vaccination rate because of the exponential increase in Covid cases and the overburdened ICUs which are close to and in some provinces at full capacity.

The lockdown started on 15 November and affects c. two million unvaccinated Austrians – adults and children above the age of 11. The unvaccinated may only leave their homes for three reasons: to commute to their place of work, to buy food, medicine and other daily necessities and to take the occasional short walk.

Chancellor Schallenberg declared the alarming rise of Covid a top priority after Health Minister Wolfgang Mückstein was unable to push through restrictions. Schallenberg has shown the courage to take bold action. He and his coalition partner, the Greens, are to be applauded. The government’s 3G (vaccinated, recovered or PCR tested) mandate for the workplace and 2G (vaccinated or recovered) mandate for all other activities came into full effect on 15 November and has already proven a success. Last week Austria administered c. 60 000 vaccine doses a day and lines at vaccination centers are getting longer and longer. The government has made clear that the targeted lockdown of the unvaccinated is meant to increase vaccination rates and reduce the Covid incidence rate especially among the unvaccinated.

The Austrian opposition parties have continued to politicize the pandemic, accusing former Chancellor Sebastian Kurz and present Chancellor Alexander Schallenberg and his coalition partner of failing to take timely or sufficient action to combat Covid and its resurgence, a problem facing many European countries. This lack of support for the government’s Covid measures from the opposition parties is conspicuous by its absence.

The state media (ORF) should be asking the party leaders of SPÖ, NEOS and FPÖ why they cannot put their ideological differences aside and fight the pandemic alongside Austria’s elected government. Pamela Rendi-Wagner, leader of the Social Democrats (SPÖ), reiterated today that she is against the targeted lockdown and called on the government to speak with one voice – which in fact it is doing. She accused Austria’s government of lacking courage and not doing enough to fight the pandemic. Similarly, the New Austria and Liberal Forum (NEOS) were also critical of the targeted lockdown. They suggested raising the age of children affected by the lockdown to above 13, advocating the so called “Vienna Way” – which refers to a 2,5G system where a PCR test is required alongside a certificate of Covid vaccination or recovery.

Herbert Kickl, the leader of Austria’s Freedom Party (FPÖ), an anti-vaxxer, stated that he will fight the lockdown “with all parliamentary and legal means”. He has called for yet another anti-Covid demonstration next Saturday – which he will not attend since testing positive for Covid and currently in quarantine. His party, the FPÖ, has announced a parliamentary inquiry to examine the constitutionality of the targeted lockdown.

Currently the incidence rate is at 925, with local incidence rates in areas with very low vaccination rates as high as 2000. Roughly 35% of the population are unvaccinated, placing Austria at the bottom tier compared to other EU countries such as France, Portugal, Malta, Spain and Ireland. According to the Vaccine Tracker of the ECDC (the European Center for Disease Control), countries such Portugal (81,3%), Spain (74,0%) and Italy (72,4%) have the highest levels of vaccination rates and are currently not facing steep increases in Covid cases – especially among the unvaccinated.

Germany has placed Austria on its list of ‘high-risk’ countries, together with the Czech Republic and Hungary. France and Israel have also put restrictions on cross-border travel to and from Austria for the unvaccinated.

The exponential growth of cases in Austria started in mid-October, when the Austrian government was preoccupied with an internal restructuring. Covid numbers continued to rise. Daily new cases hover between 10 500 and 13 000. The provinces with the lowest vaccination rate, Upper Austria and Salzburg, now have the highest numbers of new Covid infection cases. The health care system in all provinces is running at full capacity as ICUs reach their limit and are being flooded with Covid patients, c. 92% of which are unvaccinated. The province of Salzburg has just announced that triage will likely be necessary to determine which patient gets an ICU bed and which patient does not.

Austria has made international headlines with its lockdown of the unvaccinated. From the US to Russia – everyone is eagerly waiting to see if this measure will bring Covid infection rates down and ‘convince’ the unvaccinated to finally get the jab. If this targeted lockdown does not bring the desired results, all Austrians might be faced with further measures. Yet Chancellor Schallenberg has been very clear that he does not want to restrict the mobility of vaccinated persons. In a press conference on 11 November Schallenberg stated that “Christmas will be very uncomfortable for the unvaccinated”.

Democracy confers not only freedoms and rights, but also responsibilities, for each citizen, their elected representatives and the media. Democracy will weaken without the necessary balance between rights and responsibilities, which also applies to political power and political opposition. During his press conference on 14 November Chancellor Schallenberg stated that “I don’t see why two-thirds of the population should lose their freedom because another third hesitates”. If vaccination rates do not increase sufficiently and incidence rates rise dramatically in Austria, this winter could prove to be the second winter of its discontent.

Picture:Austrian Chancellor Alexander Schallenberg, Federal Minister of the Interior Karl Nehammer and Federal Minister of Health Wolfgang Mückstein announce a lockdown for the unvaccinated on 14 November 2021 in a press conference on Covid measures. © Florian Schrötter / BKA 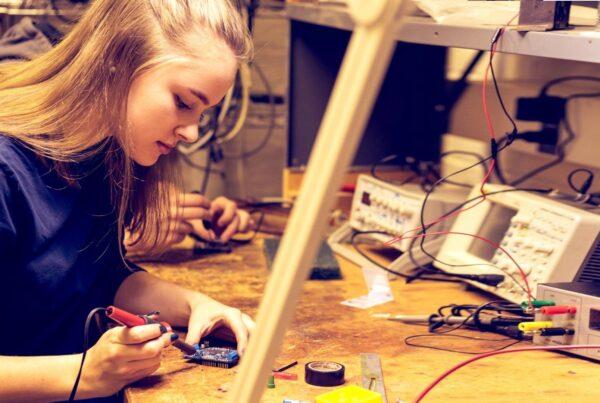