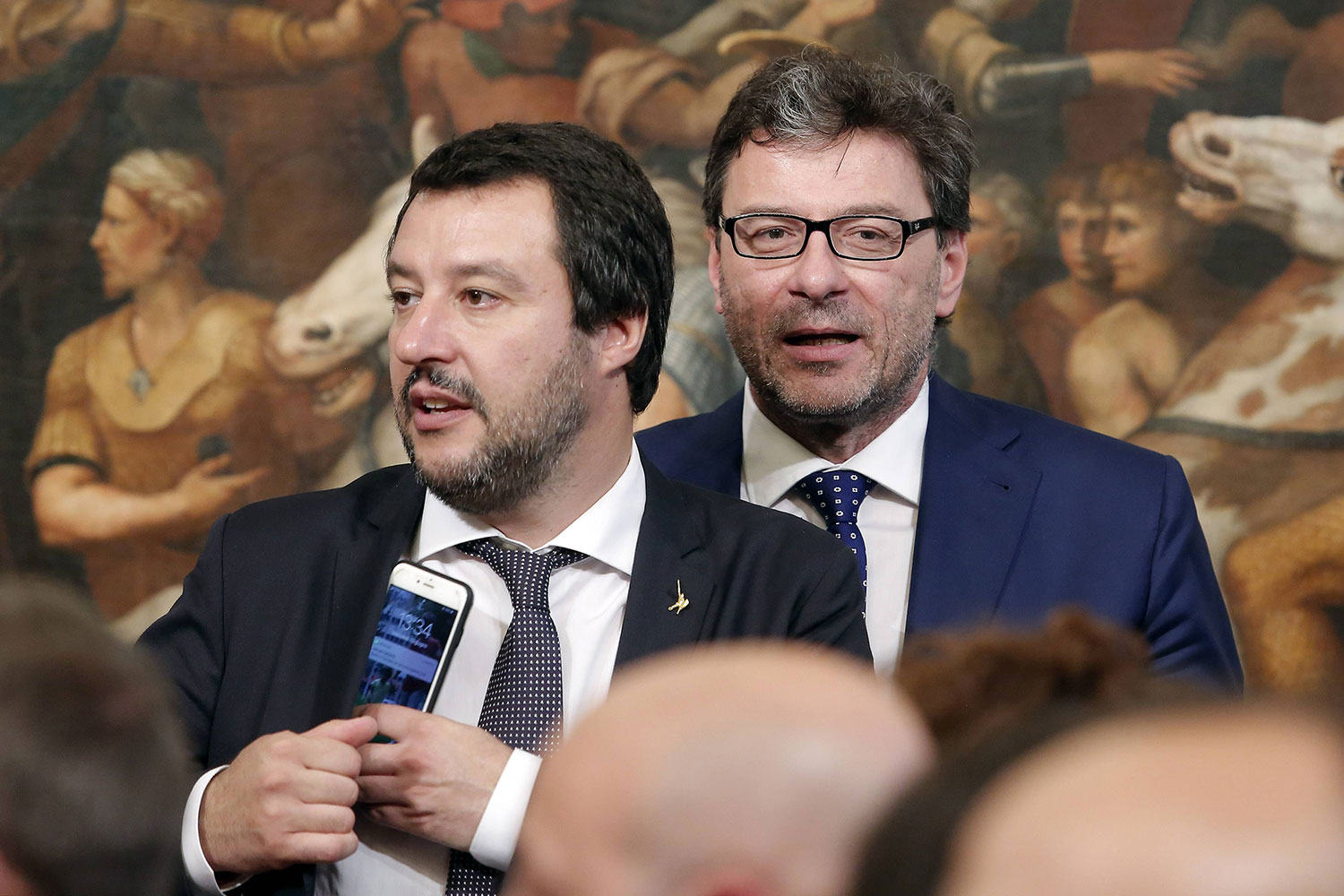 To Be Or Not To Be Eurosceptic: Salvini’s League Between Government And Opposition

The League’s decision to support the pro-EU Draghi Government may surprise at first. But it is coherent with the peculiar nature of the party, ideologically stuck between opposition and government. In the meantime, Salvini elaborates a new international strategy not to lose votes.

Matteo Salvini’s decision to support the Draghi Government last February was undoubtedly a significant political novelty in Italy. What was particularly surprising was the League’s change of strategy after having asked for months for new elections. A strategic choice that, however, does not come as a complete surprise if one takes into consideration the peculiar nature of the League. Indeed, Salvini’s party is divided between an inclination to remain part of the opposition and an ambition to govern. In more practical terms, this choice means that La Lega, on the one hand, supports and is part of an openly pro-EU government, and on the other, it continues to be tied to those anti-establishment and anti-European instances that have made it one of the main parties in Italy.

This turning point may be pictured in a specific place at a precise time, as many Italian journalists have emphasized. The day is Feb. 4, 2021. The location is a fancy café in Via degli Uffici del Vicario, a few steps from the Camera dei Deputati, the Italian House of Representatives. League’s Secretary Salvini has a coffee with his two deputies, Giancarlo Giorgetti and Lorenzo Fontana. The atmosphere is relaxed, and the three politicians discuss the outcome of the party’s national committee meeting, which took place shortly before. In theory, it seems to be a meeting like any other. In practice, the League has just chosen to support the new Draghi Government. The change of strategy is dictated by Mario Draghi’s authority and (above all) by the possibility to directly manage the forthcoming European funds, considered by the Italian government as the only chance to deal with the economic consequences of the Covid-19 pandemic.

Nevertheless, the restricted meeting between Salvini and Giorgetti is not just a coffee between two politicians belonging to the same party. Indeed, they represent two different currents of opinion that live within the League. Firstly, there is      Salvini, the man of the crowd. He is the innovator, who brought the League from 4 to 34% of consensus, created an electoral base in southern Italy, and introduced anti-EU skepticism in the political debate. Secondly there is Giorgetti, the man of the party. He is the man behind the scenes, making the party work and ensuring political continuity and territorial coherence. Both represent two different ways of doing politics, which is related to two different raisons d’être. Such a difference in their character and political approach is also representative of two different ways of understanding the League. Salvini represents the most anti-European and anti-establishment wing of the party. Due to the complexity of the issues addressed by the League’s propaganda, particularly the fight against illegal immigration and the pension reform, this attitude electorally favors the League much more in the opposition than in the government. On the contrary, Giorgetti is more representative of the old-style Lega Nord, firmly rooted in the Po Valley and characterized by a long administrative tradition in local and regional councils.

So far, this dual nature has been for the League the trump card that has allowed the party to enjoy the current electoral consensus since the party managed to combine populist and Eurosceptic rhetoric with good administrative results in the northern regions, pandemic crisis aside. As long as the League had administered regional or local councils or participated in ideologically coherent national governments, the inconsistency between its populist nature and its governance ambition remained beneath the surface. However, it is another matter to join an intrinsically pro-EU government led by the former president of the ECB in a coalition with centrist and leftist parties.

This apparent incompatibility risks, in the long run, undermining the party in terms of consensus. At the same time, however, the League cannot jeopardize the life-expectancy of a government in which three key ministers are leghisti (members of the League), including Giorgetti himself. So far, La Lega’s political and communicative strategy has reflected this state of affairs. The three ministers, in particular, have contributed to the government’s political agenda, thus limiting any contrast with the leftist members of the governmental coalition. Even Salvini, leaving aside a series of controversies with Health Minister Roberto Speranza about the lockdown, has never questioned the participation of the League in the government.

However, what Salvini cannot say or do at the national level – such as harshly criticizing the EU – has found a new dimension on the international level. For instance, the meeting on April 2 with Viktor Orbán and Mateusz Morawiecki should be read from this perspective. Although the conference in Budapest has represented only a preliminary meeting with no immediate practical results, Salvini’s participation shows that the League has not abandoned its Eurosceptic character. What has changed, at most, is the playing field. The foreign choice, in fact, allows the League to give reassurances in Eurosceptic terms to its core electorate without jeopardizing the stability of the governmental coalition. In other words, initiatives, such as the summit with the Hungarian and Polish Prime Ministers, allow the League to participate in the Draghi Government without losing its populist nature.

Nevertheless, this is a compromise solution. And, like all compromises, it is destined to last only in the short term. Probably, the Draghi Government will not last so long as to force the League to become aware of such incompatibility. The elections, probably taking place in 12/18 months, will see the League campaigning with the other center-right parties in a more coherent coalition. However, it is legitimate to wonder how long these two attitudes that are so different will coexist in the same party. So far, they have shown themselves to be complementary rather than incompatible. And everyone within the League has shown great discipline and unity of purpose. However, we cannot know how long it will last.