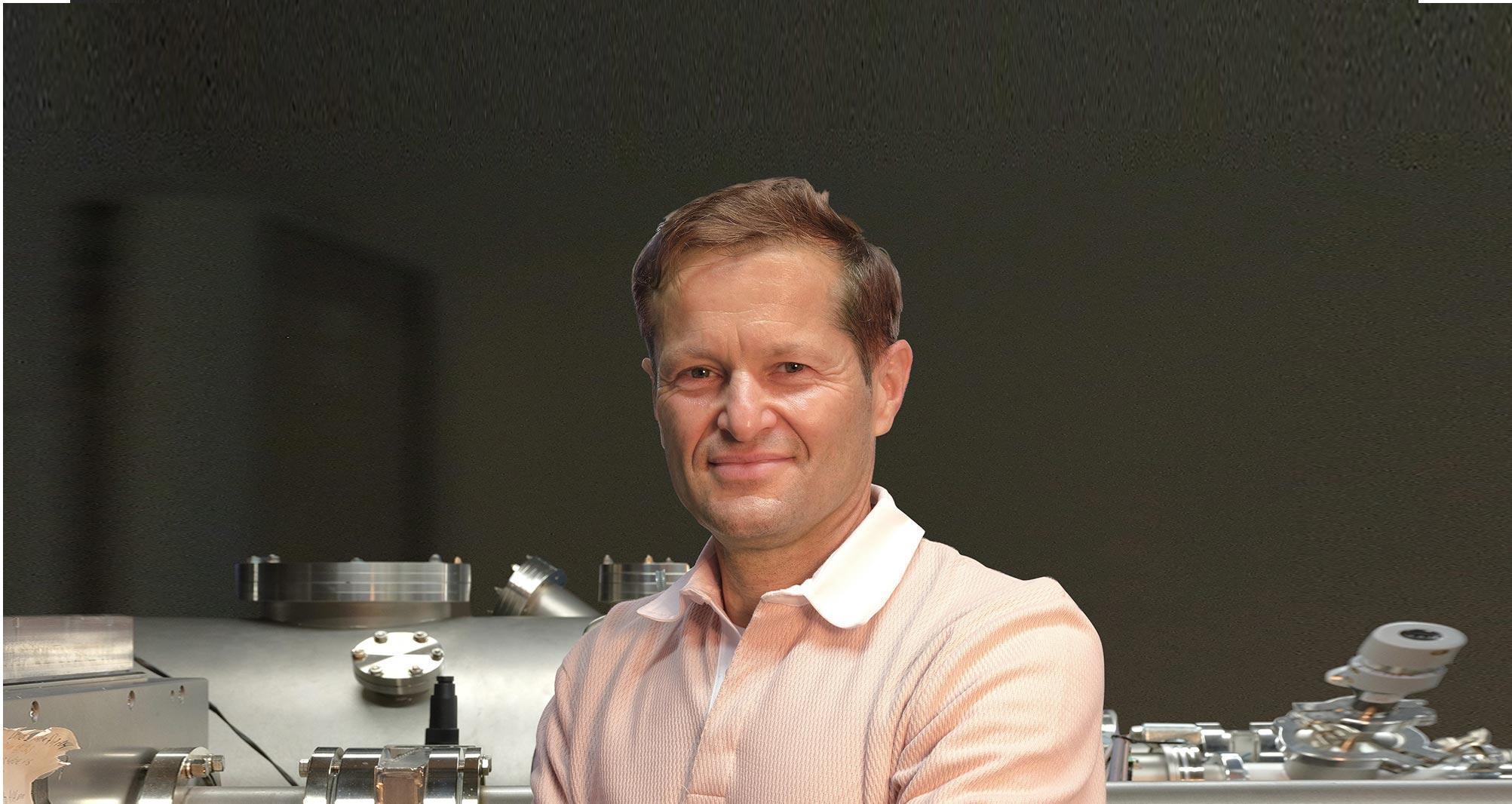 Interview With the Recipient of the 2022 Wolf Prize in Physics, Professor Ferenc Krausz

Prof. Dr. Ferenc Krausz, the recipient of the prestigious 2022 Wolf Prize in physics, gave iGlobenews an exclusive interview on his research in attosecond physics, the science of electronic motions in the microcosm. The young discipline of attosecond physics provides the tools and techniques for directly accessing electronic motions and light-wave oscillations for the first time. Beyond its potential for shaping the future of personalized preventive healthcare, attosecond physics will be instrumental in advancing electron-based information processing to its ultimate speed limit, the speed of light.

The Austrian-Hungarian physicist, Professor Dr. Ferenc Krausz, recipient of the prestigious Wolf Prize in Physics in 2022, gave iGlobenews an exclusive interview. Professor Krausz received the Wolf Prize in February 2022 for his groundbreaking contributions to ultrafast laser science and attosecond physics. Professor Krausz is Director at the Max Planck Institute of Quantum Optics and chair of Experimental Physics – Laser Physics at Ludwig Maximilians University in Munich. He studied at the Technical University Vienna (TU Wien) and the Budapest University of Technology. He was listed as one of the most influential scientific minds by Thomson Reuters in 2014. For his outstanding contribution to physics Professor Krausz has been the recipient of over 40 international prizes, awards, honorary professorships and doctorates.

iGlobenews: Could you please describe for the non-specialist what is attosecond physics?

“The young discipline of attosecond physics provides the tools and techniques for directly accessing electronic motions and light-wave oscillations for the first time.”Atomic-scale electronic motions are responsible for the generation of light (including laser light) and for the formation and break-up of chemical bonds which changes the structure of biomolecules and their function in living systems, as well as for the fastest possible processing of information. To understand the origin of diseases at the most fundamental level or advance information processing to its ultimate speed limit, it is necessary to understand the motion of electrons. This vital motion unfolds typically within tens to hundreds of attoseconds.

The young discipline of attosecond physics provides the tools and techniques for directly accessing electronic motions and light-wave oscillations for the first time. Attosecond physics emerged at the turn of this century with the birth of attosecond light pulses in Vienna. Over the past two decades, the technology proliferated all over the world.

iGlobenews: What led you to become interested in attosecond physics?

Professor Krausz: My interest in laser physics in general and in ultrashort light pulses in particular was sparked during my diploma thesis in the 1980s at the Technical University of Budapest. I was fascinated by the fact that the nonlinear interaction of laser light with electrons enables us to generate and measure extremely brief flashes of light. “Extreme” at that time meant pulses with a duration of several picoseconds, one thousandth of a nanosecond, the characteristic time scale in those days at which electronic circuits could switch electric current on and off.

iGlobenews: How has your habilitation and professorship at the Technical University (TU) Vienna contributed to the start of attosecond physics and to your successful research?

Professor Krausz: Our research in Vienna, in cooperation with colleagues from Hungary and Italy, had spawned – in the mid-1990s – intense laser pulses with a duration comparable to the oscillation period of the underlying electromagnetic fields. These pulses last merely a few femtoseconds (= thousandth of a picosecond) and have the unique property that they can carry a single most intense wave crest. At the peak of this crest, for a duration of a few hundred attoseconds, the light force is strong enough to rip off an electron from an atom. Half an oscillation period later, the force changes its direction and smashes the electron back to its parent atom. Research of Paul Corkum, co-winner of the 2022 Wolf Prize in Physics, suggested that the resultant re-collision produces a flash of sub-femtosecond extreme ultraviolet light.

It took us almost half a decade to put this prediction to the test by measuring – in collaboration with Paul Corkum and his team – the duration of such a burst. The measurement yielded a pulse duration of 0.65 femtosecond = 650 attosecond, and provided evidence for a timekeeping with some 100 attosecond resolution, marking the birth of attosecond metrology or, more generally, experimental attosecond physics. These and some subsequent developments have been the most exciting and perhaps also the most successful period in my scientific career. All this happened in the Photonics Institute at the TU Vienna, thanks, largely, to its founder and my mentor, Arnold Schmidt, who provided guidance and directed my attention to broadband solid-state lasers. This enabled ultrashort light pulse generation to approach an ultimate limit, the wave cycle of light. 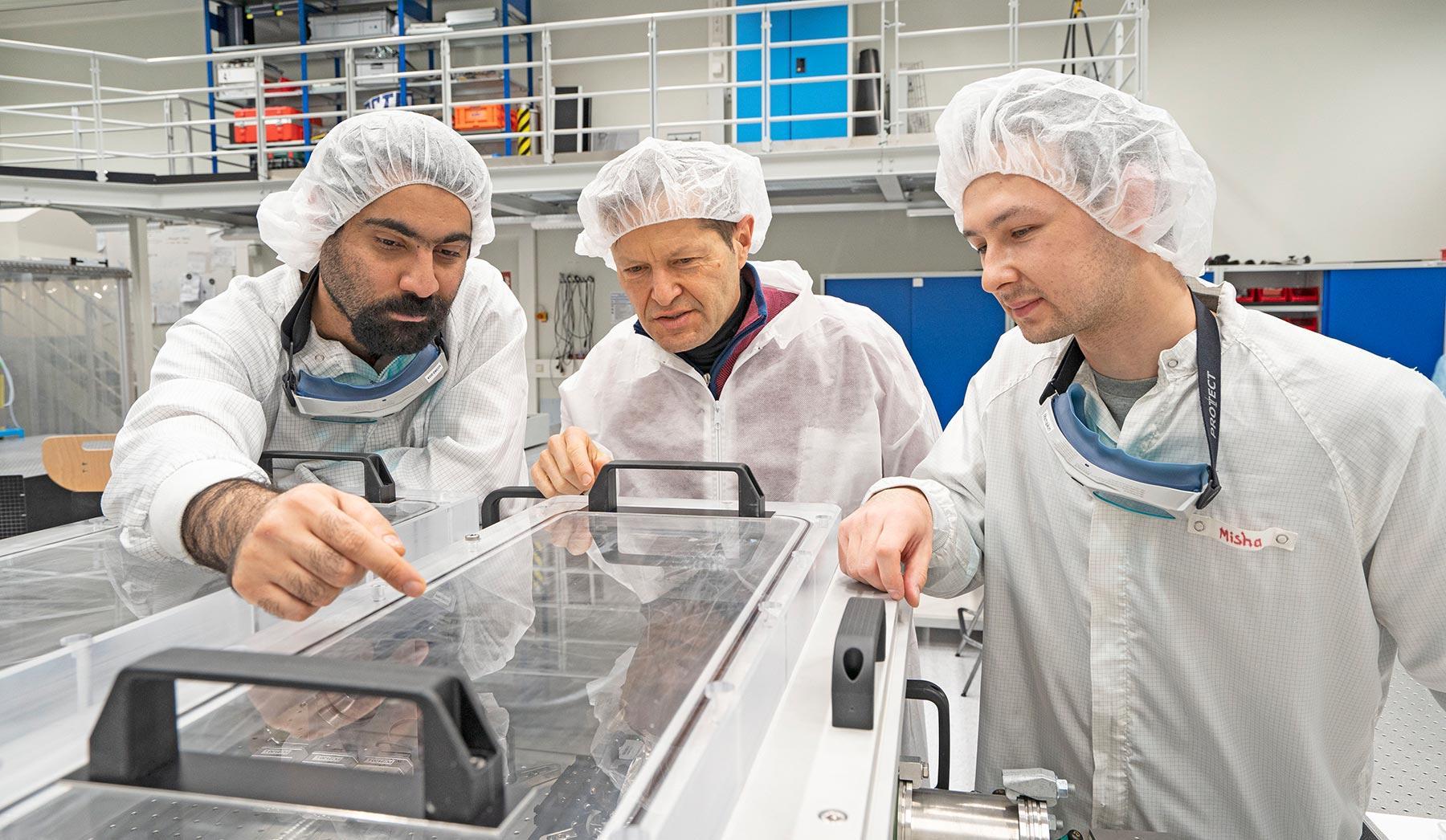 Professor Krausz: My group has a long-standing and most successful collaboration with Joachim Burgdörfer and his theory group, with whom we have published a series of papers over the past one and a half decades. Moreover, a senior postdoctoral fellow from my group, Andrius Baltuska, became my successor at the Photonics Institute. A few years later, another senior member of my group, Martin Schultze, became professor at the TU Graz. Hence, my move to Germany, motivated by the unique research opportunities and environment offered by the Max-Planck-Institute of Quantum Optics and Ludwig-Maximilian-Universität, already triggered the move of two world-class talents to Austria. More may follow, if other universities choose to devote a chair to this promising, rapidly developing field of laser science.

iGlobenews: Was there a specific research project in attosecond physics that led to your receiving the prestigious Wolf Prize in Physics 2022?

iGlobenews: Would it be correct to say that attosecond physics can be used like a camera to observe physical and chemical processes in real time on the atomic and molecular levels? Could you please tell us more about this?

iGlobenews: Could you explain for non-specialists how attosecond physics is involved in the research collaborations “Lasers4Life” and “Center for Molecular Fingerprinting” and tell us more about these projects?

Professor Krausz: One of the key concepts of attosecond physics is the precision measurement of the oscillation of light. By measuring, with attosecond precision, the oscillating electric field of infrared light waves emitted by suddenly-excited molecules, we can sense miniscule changes in the composition of complex molecular consortia, such as human blood. These changes may be early indicators of changes in the state of health of the organism. If measured with sufficient precision, they are reflected in the electric-field waveform emitted by the laser-excited blood plasma or serum sample. We have dubbed the new approach electric-field molecular fingerprinting (EMF), www.attoworld.de/bird. Our Munich-based project, Lasers4Life (www.lasers4life.de), utilizes EMF for detecting severe chronic diseases such as cancer and cardiovascular diseases, whereas our Budapest-based endeavor, the Center for Molecular Fingerprinting (www.cmf.science) aims at exploring the potential of the new technique for health monitoring in a unique, nation-wide longitudinal study, Hungary for Health, www.h4h.hu.

iGlobenews: What would be some potential further applications of attosecond physics?

Professor Krausz: Beyond its potential for shaping the future of personalized preventive healthcare, attosecond physics will be instrumental in advancing electron-based information processing to its ultimate speed limit, the frequencies of light. This would mean that the rapidity of contemporary electronic signal processing – switching electric current on and off several billion times per second – could be increased by ten to hundred thousand times.

iGlobenews: As Director of the Attosecond Physics Division of the Max Planck Institute of Quantum Optics in Munich, what are some of your main cooperation activities with other research institutes in Europe and abroad?

Professor Krausz: Our Attoworld-Group (www.attoworld.de) is affiliated with the Max-Planck-Institute of Quantum Optics (MPQ), the Ludwig-Maximilian-Universität München (LMU) and the recently-founded Center for Molecular Fingerprinting (CMF). We have a network of scientific collaborators spread over three continents. Examples include Stanford University in the US, University of Oxford in the UK, King-Saud University in Saudi Arabia, Riyadh, and the TU Vienna and TU Graz in Austria.

Professor Krausz: The answer to the first question is a clear yes, we can accept only a few percent of those who express interest in joining our research efforts. With the new prospects opening for the first “real-world” application of attosecond physics, EMF, the interest is increasing remarkably. The answer to the second question is less positive. Just as in all other areas of physics, the proportion of female researchers is far too low in our group as well (15-20%). It is all the more remarkable that our young female scientists are among the top performers. Our microfluidics specialist, Pushparani Micheal Raj was recently named as “Physicist of the Week” of the German Physical Society (DPG) and Nathalie Nagl was the first to earn her PhD within less than 3 years and was just honored with the Max-Planck-Society’s prestigious Otto-Hahn-Medal. Most importantly, Mihaela Zigman directs our entire biomedical research program, the first outreach of attosecond physics into real-world applications.

iGlobenews: Has attosecond physics become a research area not only for universities and research institutes but also for large corporations?

Professor Krausz: Absolutely. Attosecond-scale interactions of light and electrons underlie the operation of the largest-scale research facilities in laser science: X-ray free electron lasers. A half a dozen of them are operational on several continents and several more are in the construction and planning phases. They all offer either the proven capability or the potential to emit X-ray pulses of attosecond duration. These are promising for a number of applications, some of them of far-reaching importance, such as the determination of the structure of proteins without the need to crystallize them.

iGlobenews: What should Austria do to keep world class scientists in Austria? You are not the first top scientist to leave Austria.

Professor Krausz: No country of the world can keep all their top scientists within the country. It is more realistic (and also more rewarding) to attract more top-notch researchers into the country than the number of those leaving. As mentioned above, in the young discipline of attosecond physics the balance is already encouraging: 2:1. As the home of Erwin Schrödinger, Sigmund Freud, and several more giants of modern science, Austria has a reputation for groundbreaking discoveries and for outstanding university education. This is a good basis that can be built upon. Creating conditions – in selected fields and institutions – similar to that offered by the Max-Planck-Society (high-level institutional funding, offering planning security and research freedom) will enhance the capability of Austria to attract top talent to the country. Several examples show that this is in the realm of realizability: e.g., the Institute for Quantum Optics and Quantum Information (in Innsbruck and Vienna) and the Research Institute of Molecular Pathology (based in Vienna), are both leading the world in several frontiers of their areas of research.