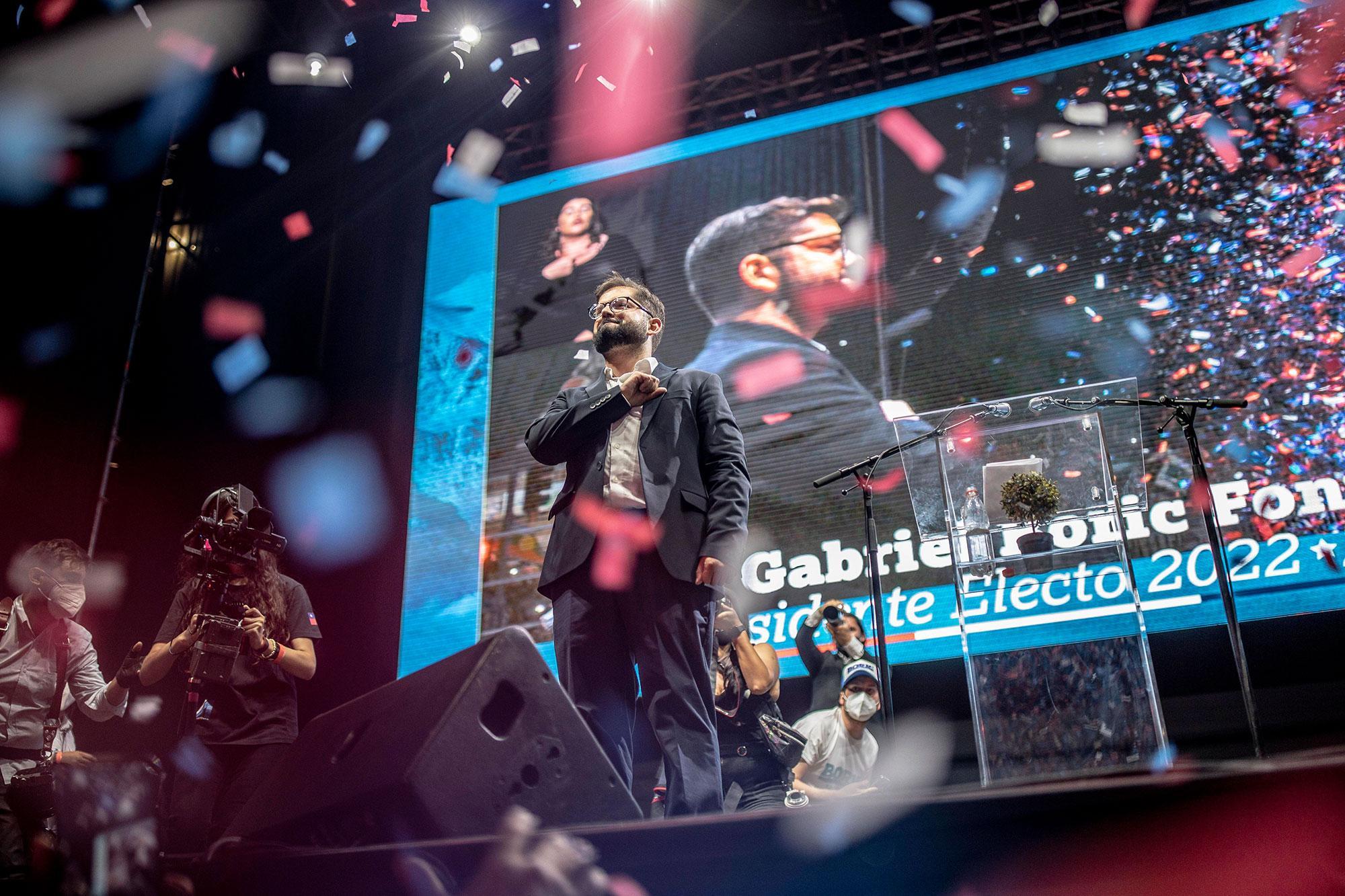 The newly elected President of Chile, Gabriel Boric, has stated: “I will be the president of all Chileans: of those who have voted in favor of this project as well as of those who have preferred another alternative or have decided not to vote.” Promises of equality and unity are common in post-election speeches worldwide. Trump’s commitment to “bind the wounds of division” in 2016, as well as Bolsonaro assurance of a “society without discrimination or division” in 2019 are only few of the many examples of the appealing political promises of newly elected presidents. The same happened during the first speech in 2017 of Sebastian Piñera, outgoing president of Chile, who pointed out the importance of diversification of ideas, of opening a dialogue among all the political parties and of the relevance of being the president of every Chilean. Post- election speeches might all sound alike.  Nevertheless, initial promises of equality have often remained silently ignored, generating disappointment in the civil society.

Notwithstanding, the words of Gabriel Boric, leader of the left-wing Chilean party Convergencia social, have gained the trust of a considerable majority of Chileans. Hence, the question naturally arises: “Why has the election of Gabriel Boric generated so much hype and given powerful hope, even outside of Chile and Latin America’s borders? Why have Chileans poured onto the streets of Santiago, clogging them up as in the late 1980s after the national plebiscite which led to the defeat of Pinochet’s dictatorship?” To answer these questions, it is useful to analyze Boric’s political ideology to understand the incredible ascent that, in a tremendously complex and fragile political context, led to his election as the new President of Chile on 19 December 2021.

At the age of 35, Boric becomes the second youngest elected president in the world. Born in the southern part of Chile a few years before the end of the Pinochet dictatorship (1973 – 1990), Boric started his law studies in 2004, which he interrupted in 2013 to focus on politics. As a former student protest leader, he has left a remarkable imprint, having initiated and dominated mass demonstrations demanding improved and more accessible education. Boric is an unconventional character whose activist past is crucially important when it comes to understanding his willingness to use dialogue and participation as one of the main pillars of his political promises. With 55.87% of the vote, Boric, the country’s future leader, significantly defeated his opponent, Jose Antonio Kast, who achieved 44.13% of the vote. Boric is a strong defender of same sex-marriages, LGBTQ and abortion rights and has promised dramatic changes in the health, pension and education systems.

The new government’s policies are a response to the changes that the vast majority of the Chileans have been demanding during the past three decades. The multiple democratic governments that followed Pinochet did not dismantle the neoliberal system introduced during the 20-year dictatorship. Instead, frustration and unrest have increased drastically as a result of the rising costs of education and public transport. Added to this, the costly and weak health and pension systems have contributed to the exponential growth of poverty in the country. According to World Bank statistics, Chile is considered to be one of the most unequal countries in the world. The neoliberal model has indeed helped to boost the country’s economic well-being, although the wealth distribution remains crucially unequal: 1% of the population possesses 25% of its wealth. Triggered by the shortcomings of the neoliberal systems, massive protests or so-called estadillo social, started in October 2019, causing anger and bloodshed to take over the streets of Santiago as well as of other major cities throughout the country. Based on the decision of the right-wing-President Piñera, a plebiscite took place a year after the riots began. A vast majority, 78.25%, voted in this plebiscite for a new constitution that will replace the outdated text written during the dictatorship.

Boric embodies the changes that an overwhelming majority have been asking for. While the process of rewriting the constitutional text goes on, there are high hopes of new reforms which respond to the demands of the most vulnerable Chileans who have suffered injustices and impoverishment for decades.

Boric, a tenacious supporter of the students’ protests in 2011 and 2019 during the estadillo social, defines himself as social democrat and has always distanced himself from any conservative and neoliberal policies. On the other hand, his predecessor Sebastian Piñera and his opponent in the previous election, Jose Antonio Kast, have openly been implementing and/or following right-wing principles. In fact, during the electoral campaign, Kast stressed his conservative positions. Austere economic policies, restrictive measures against migratory flows and the abrogation of the abortion law are some examples of the political measures that he would have followed during his mandate.

In contrast, Boric’s policies involve open dialogue and highlight the importance of nurturing the diversity within the country. Each area of his political program is open to criticism and to policies of mutual respect. Topics such as feminism, education, health reform and climate change are of paramount importance in the political agenda of the young future president. At the same time, Boric has stressed how, in a country where roughly 20% of the population is indigenous, it is necessary to build a multicultural Chile while guaranteeing native peoples’ rights. In this regard, Boric aims to establish a dialogue with native communities in order to facilitate a process of redistribution of natural resources, which have been expropriated during years of fierce conflict. The creation of a multicultural process involving all his constituents would allow the indigenous communities to feel more protected and integrated. In short, the success of his political mandate lies not only in keeping his promises but also in ensuring a transparent and fluent constituent process.

As highlighted by two outstanding economists, Joseph Stiglitz, Nobel Prize in economics and Thomas Piketty, author of “Capital in the Twenty-First Century”, Boric’s financial policies are difference to those of his predecessor and are based on a new plan whose aim is to protect democracy while increasing growth and equality at the expense of richest part of the population. Specifically, his policies involve Increasing taxation on people with a monthly income higher than USD 4.500, introducing a progressive tax system, and reducing tax exemptions–which are only some of the reforms planned to curtail the Chilean deficit. In addition, Boric’s purpose is to promote the enhancement of new productive sectors through effective state intervention which supports the development of new technologies and initiatives.

Congratulated by President Joe Biden for the fair and free elections, Boric’s presidency has all the potential to radically change the country. Sharing their commitment, Biden and Boric strive to ensure democratic processes, human rights protection and sustainable development. At the same time, a strong collaboration between the two countries is seen as necessary by the two leaders to address climate change and a fast recovery from the pandemic. I

In conclusion, the next four years will be crucial for the future of Chile, since they could represent a turning point in the framework and functioning of institutional politics. Boric’s mandate has the potential to generate a new political direction which could potentially have a wide impact.